A quick story from Home County to round this week out. Roswell New Mexico, The Aurora Crash Texas and The Kecksburg UFO incident are all famous for the alleged ufo crashes which at these locations.

Could a new point of the map need to be marked, as a man finds an alleged crash site in the sleepy woodland of Devon countryside? 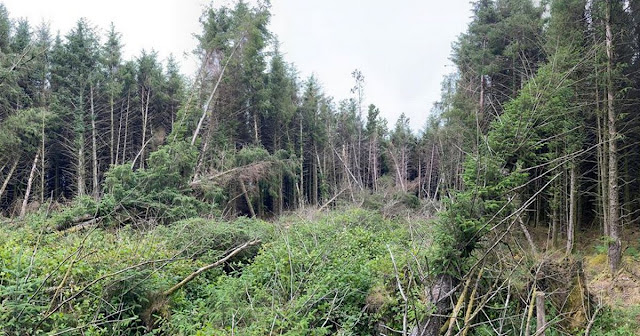 local newspapers reported on a story in which a local Man stumbles across 'UFO crash site' in the middle of Devon woods.

Ben Landricombe, from Plymouth, told reporters how he had stumbled on an area of flattened trees in the woods near Meddon, at about 4pm on Monday (July 13), while he was out walking his dog.

He said: "Found a crash site in the woods - could be UFO. I stopped to take the dog for a walk in the woods today as we're camping."

He said there was no indication as to why the trees were pulled down, adding: "They were snapped at the top - that was what I thought was strange".

Ben continued: "We took the dog for a walk and it felt eerie and we walked about a mile and came across this.

"We took the pictures and then felt someone was watching us and heard weird sounds, so we ran back to our camper.

"Something strange about this place."

Looking at the pictures of the fallen trees they are very reminiscent of what was seen in Tunguska Russia all be it on smaller scale.

Tunguska has long been the focus of debate as to what caused the massive scar in the Russian forest, mainstream says it was meteor impact while other clam it is a UFO crash site, the former pointing to the areas long history of strange events and objects happening in the skies.

Let's get back to Devon, Ben described the location in the woods as "eerie" (Image: Ben Landricombe)

And added that he wouldn't be going back because it was " so spooky".

He claims that he heard faint screams as he walked in that spot of woodland.

Speaking on the video he can be heard saying: "Something has definitely crashed here - look at this.

"Boom - weird. Massive gap in the woods, all the trees bent, trees fallen over, massive hole in the woods. Aliens."

Meddon, near Bideford, is known for its beautiful nature reserve, owned by Hartland Parish Council.

UFO crashes and alien debris have fascinated researchers for years. Often The media quickly attempts to debunk that incident as a hoax.

Going back to the most famous UFO crash in history Roswell over the decades since the incident people who have claimed to have been involved in the finding of alien debris have stepped forward to give their tales. 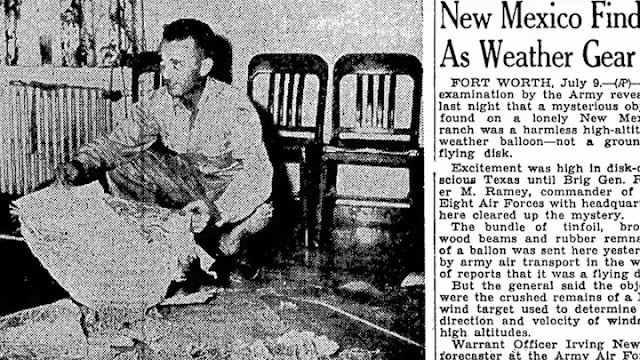 More and more people from the small military of Roswell town began to tell of their personal experiences, and the urban legend that is the UFO crash has grown and grown.

Add to that the huge rash of UFO sightings in the 1950s and onward; many of us became convinced that the government was hiding something of extraordinary significance from the public.

Those who do not believe in the UFO phenomena say that most of what was reported as crashed alien craft was in fact secret technologies that were being used to monitor the Soviet Union during the heights of the cold war.

Project Mogul has always been a prime suspect and the Airforce at the time were only to happy to use the cover story of extra-terrestrial visitor to hide what it was up to.

The problem with this idea is like at Kecksberg and Tunguska and now the woods of Devon something a lot more substantial than a balloon would be needed to level trees.

So, what do you think crashed into the trees just outside of Bideford, was it aliens or just the wind?

Let me know you think in the comments below.