Brazilian Sasquatch. A creature that for the longest time has been said to roam the rain forest of Brazil.

An animal that has many strange features, but with a theory of a long thought to be extinct being behind the sightings, it could prove to be real.

So, let's head to South America and investigate the Mapinguari. 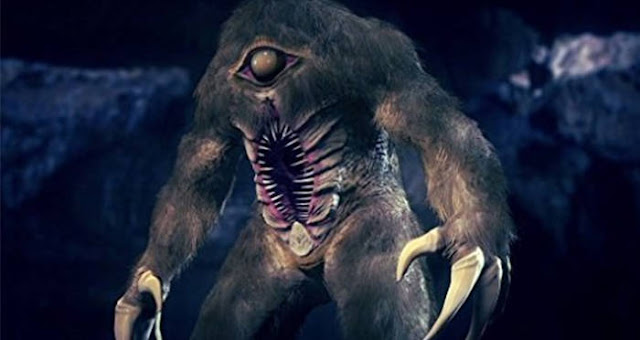 Let's begin with the legend, the Mapinguari or Mapinguary it is said used to be human, an  Amazonian shaman who through magic found the key immortality and has wondered the thick Brazilian jungles for thousands of years ago.

His cure for mortality was said to have  angered the gods and in this anger they punished the shaman  transforming the man into a wandering, hairy beast doomed to walk the earth for eternity as terrifying monster.

The once man now beast is a creature of unusual appearance humanoid in shape with a mouth in the middle of its stomach. It is sometimes said to have one eye, long claws, caiman skin, backward feet and a second mouth on its belly. The beast is  said to emit a horrid odor, which supposedly can knock a man unconscious. The beast is also extremely difficult to kill, it is claimed to be bullet proof with arrows bouncing harmlessly off of its thick hide. The only way it's possible to kill one is a point blank shot to the head but you would have to get passed the Knockout odor to do that.

This odour is said to be very strong and unpleasant described, as a mixture of faeces and rotting flesh, garlic vine and a skunk.

So what do descriptions say about the beats appearance?

The first stories heard from people not from Brazil Initially giving descriptions of the mapinguari's appearance which were vague.

They said that the beast was a primate, dark and thickset and bipedal, but still very fast and agile. The traditional, folkloric depiction of the mapinguari is that of an ape- or man-like creature.

Could this animal be related to the Wildman that are seen on almost every continent of the planet, a Brazilian Bigfoot if you will? 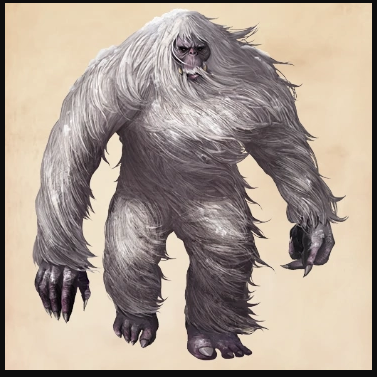 There have been a number of theories and ideas that have attempted to identify the mysterious cryptid, some zoologists and cryptozoologist alike have been privy to stories about the mapinguari that to them at least make it sound as if the cryptid is an animal more like a bear or a sloth rather than unknown ape-like animal.

Two names that have published on the idea of misidentification being behind the legend are  Kenneth Campbell and Brad Rancy , they have theorised that a spectacled bears which seasonally travel down from the cold mountain regions to the warmer jungle  during the winter, could be seen by locals who are unfamiliar with the animal and therefore think it is the cryptid of folklore.

There is a big problem with this idea, wild bears have never been recorded in Brazil, and David Oren notes that the Peruvian segamai, which may be the same animal as the mapinguari, is described by the Machiguenga people as a totally different kind of animal to a bear, the idea is also shunned by eyewitnesses. Naturalist Richard Rasmussen questioned one such witness who was more than certain that the animals he had seen were not bears.

Another explanation offered for the creature's identity, is the idea that people are seeing an upright giant anteater. Again, an idea rejected by those that have seen the mystery animal but to further take away from this theory people local to the area said they are very familiar with ant eater standing or not!

Famed Cryptozoologists Bernard Heuvelmans a pioneer and veteran cryptid hunter said that the  mapinguari was most certainly not a bipedal primate like an ape.

The earliest descriptions and sightings described an animal more like a primate, and according to these early stories the animal was said to be responsible for pulling the tongues out of cattle.

This leads us into the most popular theory for the creature's species.

A paper published in 1993 for Goeldiana Zoologia, David Oren who I mentioned earlier, demonstrated how each of the mapinguari's characteristics, as they were then known, were consistent with a human-sized mylodontid ground sloth.

There is some evidence that can support this idea nearly all the known hair samples found from mummified ground sloths are of a reddish in colour.

These animals were thought to have walked with their claws turned inwards pointing back toward their hind, this would give impression of backwards feet to anyone who came upon their tracks.

Fossil ground sloth tracks found in the past were sometime mistaken as giant human footprints.

David Oren suggests that the more common, round track attributed to the mapinguari could be the imprint of the tip of the animal's powerful muscular tail.

The mapinguari's invulnerability also has an explanation if the creature is a ground sloth  twofold,  mylodontids triple-layered bone ossicles covering the shoulders, back, and thighs, as well as the powerful, almost-fused ribcage present in some ground sloths—the combination of both characteristics would explain why only a shot to the navel or face can kill a mapinguari.

David Oren's went on to say that in his studies of ground sloth hyoid bones, he found that they would have been capable of loud vocalisations, this could explain the claimed loud cries of the beast.

A difference in the cryptid and sloths could be the monkey-like face, Oren put forward the idea that some species may have had such ape like faces, this as the tree sloths of today do.

When Oren proposed a mylodontid as the identity of the cryptid, he had not met any witnesses who had claimed to have captured or killed a Mapinguari.

He did speak with hunters who had claimed to see the beast and they gave grounded descriptions of an animal that resembled a sloth, they said the animal had a head like a horse and not ape, it was bigger than a man and possessed large hooked claws like those of an anteater.

Oren added to his theory with the idea that the Mapinguari could be a megalonychid, not mylodontid, ground sloth.

This as megalonychids, had frontal caniniform teeth they were a sloth with "fangs" and a flat-footed locomotion this matching with sightings of the cryptid. One body part that did not match with the description was the animals tail, hunters did not describe a ground sloth-like tail. They gave the animal a rounded hind.

Various cryptids similar to the mapinguari have been reported from other Amazonian nations. The most well-known of these is the Machiguenga segamai, which is described as a cow-sized animal which can walk both quarupedally and bipedally, with dark matted fur (specifically said to resemble the fibers surrounding the leaf stems of an Oenocarpus bataua palm) and a snout "similar to" a giant anteater's. It is said to live in caves in the remote cloud and foothill forests of the Vilcabamba Range, where it feeds on Cyclanthaceae plants and palm piths. The locals are terrified of it due to its reputedly aggressive behaviour, and it has a number of alleged characteristics in common with the mapinguari it to is said to be impervious to bullets, has a terrible roar, and supposedly generates an odour which stupefies or knocks out anyone who comes close to it.

According to witness reports the creature walks either quadrupedally or bipedally, but the bipedal gait is often described as unsteady.

Those that have seen the animal say it too is a fast and agile beast. Thought to be nocturnal and crepuscular this meaning an animal that is active at night and the twilight hours.

The Mapinguari is an herbivore but will attack maybe in defence or if another animal strays onto its territory.

This has led to the mapinguari being blamed for killing vast herds of cattle by pulling out their tongues.   A witness claimed to have seen a family group of the animals in the Andean fotthills

They said the cryptid had a terrifying roar or bellow, along with two other distinct types of vocalisation.

One is a low call reminiscent of the rumble of thunder, while the other is a very loud, higher-pitched cry "just like a human scream," this followed with guttural growl.

The eyewitness mistook the cries of the animal for those of a man, saying they were "wild and dismal, horrible, deafening and inhuman."

Other witnesses said that When shot, the animal produces an "extraordinarily loud, human-like scream."

Amazon tribes relate tales of confronting the mapinguary. A statue depicting the fearsome creature has been erected in remote Rio Branco, Brazil village.

Geovaldo Karitiana, 27, a member of the Karitiana tribe, claims to have seen one about three years ago, as he was hunting in the jungle near an area that his tribe calls “the cave of the mapinguary.”

“It was coming toward the village and was making a big noise,” he said in a recent interview on the tribe’s reservation in the western Amazon. “It stopped when it got near me, and that’s when the bad smell made me dizzy and tired. I fainted, and when I came to, the mapinguary was gone.”

Mr. Karitiana’s father, Lucas, confirmed his son’s account. He said that when his son took him back to the site of the encounter, he saw a cleared pathway where the creature had departed, “as if a boulder had rolled through and knocked down all the trees and vines.”

Like sasquatch of North America or the yeti of Himalayan lore the cryptid is somewhat a protector of the jungle,

“Often, the mapinguary gets revenge on people who transgress, who go where they shouldn’t go or harvest more animals or plants than they can consume, or set cruel traps,”

So, what do you think, is this a long surviving ground sloth or some type of ape-like man in the same vein as Bigfoot or something else?