Looking into the idea of ancient aliens here on earth is a subject that I have approached numerous times. The idea that an alien race came here, settled, and some say never left endures.

But as we make our own way out into the universe, we are coming across problems we could have never imagined.

Problems any species not native to planet would need to overcome.

This can be projected onto the idea of ancient alien founders of this planet as well as provide us with an idea of the challenges that face us if we are serious about becoming a multi planetary species.

So, what does it take, how close are we and how does this relate to extra-terrestrials on planet Earth? 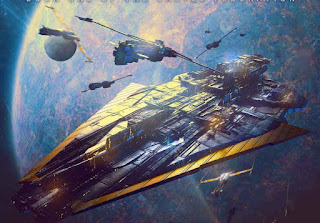 When we travel it is most often with friends and family, the logistics of organising group trips can be stressful and often filled with challenges. All this stress is most commonly for a relatively short journey, now imagine if you had to travel billions of light years across the universe. Who would you choose to travel with, and do you think you could organise every little thing that would insure you and your groups survival?

With 2020 being such an eventful year as species we should be looking at way in which can insure our Long-term survival. The sure-fire way of this is to expand our civilization out into the stars.

This has long been the idea of science fiction but today it is rapidly becoming a reality.

Humanity is being threatened with extinction due to many factors man-made and natural and at some point, in our future, we will face some extinction level cataclysmic event.

The only possible way the end of the world would not mean the end of humanity would be for us to settle on another planet or planets and some say we should be looking at doing so within a short period of time.

If we need to leave Earth, we really need to seriously look at the feasibility of man's survival on another world and see if this could be achieved with a small group of brave human pioneers?

The movie The Martian and book on which the film is based approaches the practical difficulties of being trapped on a world that is not conducive to life. With a grounding in real science it does provide some interesting solutions to the problem's humans would face but being a work of fiction, it does take a few liberties with the truth at times.

In the vein of the movie a Professor Jean-Marc Salotti from France’s Bordeaux Institute National Polytechnique was inspired by Carl Sagan’s book, Pale Blue Dot: A Vision of the Human Future in Space, and Elon Musk’s plan to build a 100-person Mars spacecraft to investigate the minimum number of people needed to escape an inevitable future Armageddon level event.

In his paper published in Scientific Reports, Salotti starts by making the simple yet necessary assumption that the 110 people could do more than one task and share activities.

This group of settlers would need to be highly skilled in a number of different disciplines and if you had to choose who to take you would need people skilled in tasks involving lifting, carrying, placement, driving, navigation, climbing, medicine and construction to name a small number of areas essential for survival.

So, let's say you have your buddies or team in place now we must approach the practical needs of fuel, that’s fuel for both machinery and people.

It could be a good idea to take a farmer. If there is some type of soil then it could be manipulated to enable the planting of and growing of crops on an alien world.

They would need to be some local resources available. A resource that can be used as an energy source.

It could be in many different forms a gas, mineral or liquid present on the surface of the planet. Whatever type of resource is available its exploitation needs to be possible so the first settlers of a new world can extract useful chemical elements.

Energy is the universal need for all things without energy or way of creating it would be pointless to try and settle a world, one of the biggest problems face during space travel are the energy costs of space flight.

Other more Specific chemical elements if found on another planet would make survival far easier such elements as water, oxygen, etc.

This then brings u onto the logistics of Production capacity.

production capacity is defined by the number of items that can be produced, the cost in terms of energy for the items and the feasibility and cost effectiveness to produce a needed object.

The importance of these items regarding survival for a given period.

It may be nice to use the time and energy to craft a nice comfy chair but if that comes at the cost of not producing a much-needed tool then it would have to be skipped in favour of the tool.

For settlers of a new planet, the capacity must reach an acceptable threshold allowing survival and development of the newly founded settlement.

If we assume that the planet has been previously scouted to ensure that it has the necessary resources to keeps the ship’s crew alive and allowing enough in terms of resources to build temporary structures to hold and house everyone.

This being a temporary measure as slowly more permanent buildings and infrastructure are completed, the energy for the machines and building being easier to obtain than the energy for humans, a solution to keeping settlers fed will involve the gathering or growing of food.

Rations like MREs (meals ready to eat) would keep people going for a short time but humans have high calorie needs so a solution to the food problem would be a priority.

There is the possible of robots terraforming before the arrival of human settlers but that is a whole new technology that we could investigate, let me know if that’s something you would like to see?

Salotti goes on with his view of the ideal team and plan to settle another planet, he defines five essential task to help you or the captain pick out the right friends to bring: ecosystem management (air, water, agriculture), energy production, industry (especially extracting minerals and manufacturing), building (construction and landlord) and social activities (health care, day care, education, entertainment, etc.). Time to update your friends list again and remember, everyone needs to multi-task.

He goes onto say:

“The minimum number of settlers has been calculated and the result is 110 individuals. Other assumptions can be made. The proposed method allows assessments and comparisons, opening the debate for the best strategy for survival. If this relatively low number is confirmed, survival on another planet might be easier than expected, provided that the organization of the settlers is appropriate.”

History can provide us with many examples when small groups set off to a remote area to find a society for said society to collapse often into violence, poverty and disease.

An important part of the successful founding of new society's is the group dynamic and relationships. Could the TV provide us with the ideal group or unit. Lost in space takes the classic Swiss family Robinson story of a family stranded on desert island and having to pull together to survive and projects into space. The show originally aired in the 60s but thanks to Netflix got a reboot in 2019.

The 2019 version saw the Robinsons featured as one cell of bigger populace which was comprised of family units.

This idea was clever for the show and its story line but is also applicable to the real-world scenario.

The bonds that keep a family together are strong and may just be the factor which pushes the founding group of a new civilization on another planet to push past their limits and insure humanity gains a foothold in the universe outside of our current home.

if you were chosen for a voyage beyond the stars and the fate of humanity was resting on your shoulders how many of your friends and family would take, who would you choose and why?