Werewolves, dogmen and other canine like humanoids are part of the legend in the majority of countries around the world.
People seeing upright canine figures is both terrifying and intriguing. What are these creatures, are they a threat and what hard evidence do we have for their existence?
Perhaps a look at a sighting from the past can reveal some details that can help us to decide ….are these animals’ fact or fiction 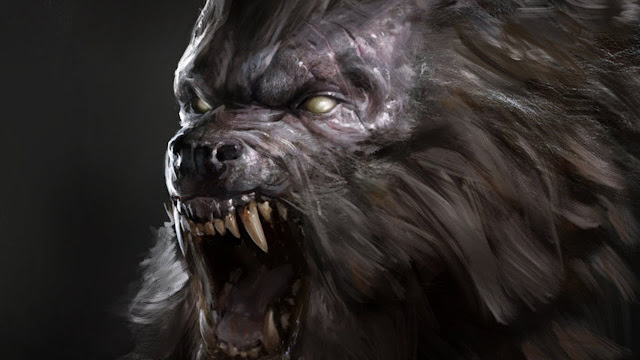 We begin the story in the Great Dismal Swamp of southeastern Virginia, a place filled with a rich history of monsters both real and of fantasy. The murky waters hiding a range of wild creatures said to be strange and fierce.
A maze of waterways paths and boggy woodland, cloudy, and in certain spots so wild and thick no person can gain access. The Great Dismal Swamp is as its name suggests a place most would not like to venture into.
The only people foolish or brave enough to have entered the swamp and faced its army of critters above and below the stagnant waters are those that needed a place a hide, in bygone years slaves escaping their tyrannical masters, convicts on the run from the law or those looking for somewhere to hide something so it would never be seen again.
It is from these people and the other occasional visitors to the swamp we get tales of strange goings-on in the marshy lands and creeks, stories of ghostly lights, shadowy figures lurking behind the trees and bushes and the creature I want to look at, a monstrously large beast covered in a thick fur coat.
I am not talking Bigfoot but a more canine type humanoid what some have described as a swamp-dwelling wolfman!!
Those that have seen the beast and lived to tell the tale to say the animal stands on two legs and is around 8 to 9 feet in height. It has long arms ending in human like hands with long slender razor-sharp claws, the head is elongated with pointed ears looking wolf-like or similar to a large breed of dog.
One of the first to see the animal was a one Ed Smith who in 1902 went to the local newspaper with the warning and story that the “wolfman of the swamp” had killed several of the man’s dogs.
The man also said he was attacked by the animal and that he feared the creature would attack again
Mr. Smith lived around twelve miles from Suffolk not far from the swampland and him described how during the previous evening he and another man a L. Ames, a trader, who was a resident of Bennett's Creek, saw the same beast and that he had also experienced an attack.

Mr Ames recounted his interaction with the Wolfman or let’s just say it dogman saying how he had heard an unusual commotion, he grabbed his shotgun and went to investigate.
Creeping up on the noise expecting to find a dog coyote or even a wolf the man was stunned by what he saw!!
Standing against the moonlight was animal bipedal, with shaggy, tangled hair covering its body, and eyes that gleamed brilliantly in the dim light of the moon.
Scared and shaking the man raised his firearm and let a few shots fly, they hit the animal but seemed to have little to no effect, the canine-like humanoid turned and growled and fled. The beast was then spotted by a neighbour a Henry Jordon he said that he saw sitting on a wall and before it began running away that he could make out its long yellow hair and hideous burning eyes.
The the original report of these interactions goes as follows.
Another monster has come forth from the dismal swamp jungles, and is spreading alarm among farmers around Driver, 12 miles from Suffolk, Va. Last week an unclassified animal not indigenous to high lands ter­rorized residents of Pleasant Hill so that they were afraid to leave home at night. After being chased by numerous armed posses this beast was killed by Harrison Walker, a colored hunter.
Now Edward Smith, a farmer of Driver, says that a strange being visited his premises and killed seven dogs, two of which were eaten, while the other five were mutilated. Another dog took refuge under a barn, and Smith, hearing the dog’s yells, went out with a pistol. The monster sprang upon him. Smith fell, and the beast tore his clothing to shreds. He finally beat it off, but the revolver, being corroded, would not fire.
Whit Walker, of the same neighborhood, says the animal visited his home, too. From Smith’s description the animal is larger than a wolf, with shaggy, yellow hair, long head and sunken eyes. It is gaunt and vicious. People are wondering what will next come from the unexplored swamp made famous by Tom Moore’s verses. The more superstitious regard the visitation as supernatural, and families are having much trouble with their servants.

From this point on the wolfman or dogman became part of local culture periodic sightings would be reported and whenever a dog went missing the wolfman got the blame.
Several times these posses have been formed and these groups of farmers, trackers, and hunters have combed the swamp looking to flush the beast out, which means there must have been more than one due to attacks and sightings continuing after Harrison Walker claimed to have killed monster said to have attacked Smith and his dogs.
The creature has been continually seen it has kept its reputation for attacking and killing dogs and other livestock, often leaving behind shredded remains of its victims. Thankfully as of yet, no human is said to have fallen victim to the wolfman, well none that we know of. The swamp has been a hideout for many and the types of person that wouldn’t necessarily be missed.

With sightings of an animal which stands on its hind legs and has a face like a man, but with a canine snout, speculation has grown on what the identity of the Dismal Swamp Monster could be.
There are those that believe it’s a local curse and that what people are seeing werewolves others claim it to be a misidentified swamp-dwelling Sasquatch, others say that it’s a normal animal a wolf or a bear.
Others would say that it is a dogman, these cryptids are and have been seen across the northern United States they have a long history starting in 1887 when two lumberjacks spotted the cryptid in Wexford County, Michigan.
The Egyptian god of the underworld, Anubis being the most commonly depicted upright canid.
To this day many hunt for evidence of these creatures and record sounds and images which they point to as proof these animals exist.
Do you think that dogman is making its home in the old Virginian swamp, are the strange sightings something else possibly Bigfoot or a known but misidentified creature?
Let me know in the comments below

Email ThisBlogThis!Share to TwitterShare to FacebookShare to Pinterest
Labels: and other canine like humanoids., cryptid sighting, Cryptid sighting. creatures, cryptid underground terror ., Cryptids from the Bible. The Discovery of a snake with legs?, dogmen, Werewolves