The Vatican proof of extraterrestrials here living amongst us.

The Vatican has long been known for its secrets, from the miles of secret corridors filled with hidden documents below its gold-adorned relic filled rooms to the history of involvement with some of the biggest events to have affected mankind.
They have proven themselves worthy gatekeepers to many of mankind’s secrets.
This secrecy has seen them amass a collection of hidden knowledge included in this encyclopedia of forbidden knowledge is, what some claim to be the proof of extraterrestrials here living amongst us. 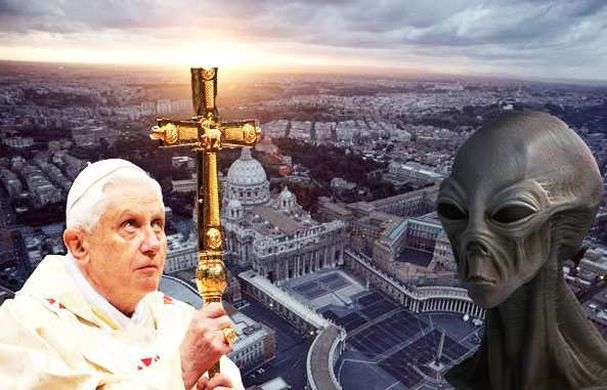 The story begins 10,000 Kilometers away from Rome and our old friends at NASA. The the space agency has been talking to astronomers, historians, philosophers, physicists and theologians, this to formulate a plan for the reveal that we are just one of many lifeforms found in this universe and beyond.
They are asking what will be the reaction of the masses when they inform the world that bacterial or even intelligent lifeforms have been discovered.
Astrobiologist Steven J. Dick spoke on this saying:
“We are considering every possible scenario in this regard. If microorganisms are discovered, it is an account. But if intelligent creatures are found, it is another. And if they communicate, it's another one and based on what they tell us, a different one is looming!
"The idea is not to wait until the day we come to a discovery, but to try to prepare the public for all the potential implications for the discovery." In short, the point is not if, but when this will occur. And even the American space agency is well aware of this and wants to play in advance. “I believe that all the new exoplanets identified and the progress of astrobiology in general are pushing NASA in this direction. People consider very likely that we will find something and it is also an opinion backed by science: at some point in the future, we will discover life.”
Public reaction to the news of us no longer being the sole lifeform in the universe could be harsh.
The recent pandemic has shown that people can reacted badly and panic, it has also shown that we are capable of pulling together and working together for the greater good. 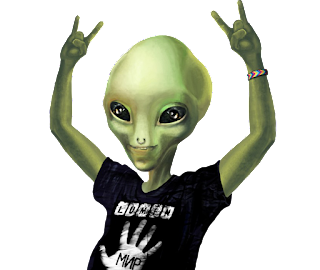 As with COVID it’s a minority that may have the strongest reaction.
This the group being those of strong religious beliefs.
This is where the Vatican steps in and provides a faith-based perspective to the alien question.
Vatican astronomer,
Father Guy Consolmagno was consulted and had some interesting things to say.

Father Guy, is the president of the Vatican Observatory Foundation, he is known for his comments regarding the possibility of Alien life. He is famous for his phrase "any entity - no matter how many tentacles it may have - has a soul".
When quizzed on his ideas on the existence of aliens he said.
"I believe that alien life exists, but I have no proof. I would be really excited about it and it would make my understanding of my religion deeper and richer, so that I still can't even imagine, which is why it would be so exhilarating, Being a good scientist means admitting that we don't have the whole truth, there is always something to learn."
He then went on talk about how he thinks things would proceed following an official announcement
“I think there would actually be three days of amazement, but then we would go back to worrying about the TV shows or the follies that happen in Washington. Because humanity is made this way. And most people are like me: we expect that there is something out there. And our reaction would be: wow , thank goodness, it was time ... "
Some have taken these comments as the Vatican confirming something which they have known about for the longest time. The idea that they have been involved with and have proof alien life has been a long held conspiracy.
In the current global climate it would seem that aliens and UFOs have been getting an increasing amount of press, is this because the powers that be have now seen we are ready to accept the news or is it as other say a story to distract from the ever increasing number of conspiracies linked to the pandemic?

The pentagon admitting that they did not know what was captured on video back in 2007 and that it was officially declared a UFO saw a flurry of press but being an old story to those that follow ufology it quickly faded.
Could the next official announcement be the confirmation that there is life out there in the depths of space and even that these lifeforms are intelligence.
Will this cause mass panic and social upheaval?
What do think this revelation mean for us as a species?
Let me know in the comments below

Email ThisBlogThis!Share to TwitterShare to FacebookShare to Pinterest
Labels: Dulce. The Secret underground alien base, earth alien, Encounters with Mysterious Men dressed in White., The Vatican proof of extraterrestrials here living amongst us.