The Alaskan wilderness is home to many dangers, harsh weather, and creatures that will happily turn you into a snack.

The Inuit people have been living in the wilds of Alaska for thousands of years. Over that time, they have built a close relationship to land and a rich culture that is very in tune with nature.

They have a rich folklore filled with many wonderful myths and legends.

These stories mention many a cryptid animal some clearly beasts of fantasy while others could have a basis in reality.

One such creature is known as the Pal Rai Yuk 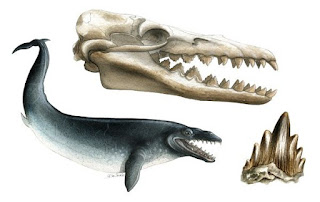 The cryptid is a snake like creature that joins the ever increasing ranks of sea-cryptids, it has also been given the name Tizheruk and is a described a sea monster, a strange large serpent-like creature that inhabits the waters off the coast of Alaska.

The animal is described as an assortment of body parts which look like they belong to a mix of other species. It has three pairs of legs which end in mammalian paws, this reminding of the Wampus two heads resembling those of a fox, a twin tail, short horns, this similar to Cerberus and other multi headed beast of legend.

Like a cow it said to have three stomachs, its body is covered by thick fur, it has a lengthy tongue. Like a mermaid its tail resembles a fish or a dolphin’s fluke, and a saw-like ridge running along the length of its back the line of plates is broken by a trio of dorsal fins.

As strange as this body is the beast's habits could be thought to be eve stranger, as a carnivore when it attacks its prey it does so using a bizarre tactic.

The Pal Rai Yuk likes to rear the front seven or eight feet of its heavy body out of the water then bringing crashing down on the creature or on occasion the kayaks  of the natives, this behavior is something we see animals in like the walrus.

The Pal Rai Yuk is thought to mainly prey upon fish, but it will sometimes snack on people devouring them with its chameleon-like tongue and its sharp fangs.

The Alaskan natives claim they can also summon Pal Rai Yuk by tapping the bottoms of the kayaks or canoes.

Again, this is something we see done to attract sharks, this adding to the evidence of a real creature being behind the legend. 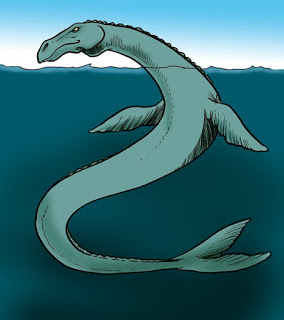 It is said that the beast is only seen in bay areas, and not on the open ocean, with sighting reported in the Nunivak and King Islands in the Bering Strait of Alaska. A majority of them have taken place near the Kuskokwim River in Alaska.

This may show that the creature is natively a deep-sea dweller and that when it does swim into the shallower bay areas it may be lost and confused and this could lead to the attacks on people in Kayaks.

So, when has this creature been spotted?

Going back to 2009, a fisherman off the Alaskan coast managed to capture footage of this animal, the video is claimed to show some a large, serpent-like creature swimming in the bay.

Paul LeBlond, the former head of the Department of Earth and Ocean Sciences at the University of British Columbia, was quoted by Discovery News saying, “I am quite impressed with the video, although it was shot under rainy circumstances in a bouncy ship, it’s very genuine.” LeBlond is also coauthor of a book, “Cadborosaurus: Survivor from the Deep,” which makes the case for “Caddy,” the name given to the sea serpent that occasionally is seen there in the region.

Over the years, there have been carcasses which have washed ashore which were believed to have been the mystery creature, these remains were later identified as known species like sharks and whales.

LeBlond spoke about the serpent like creature seen in the fisherman’s 2009 film saying, “since it oscillates up and down in a vertical plane, which eliminates sideways-oscillating fish.”

The cryptids look matches with reports of other humped, serpent-like creatures seen along the Pacific coast for the longest time.

Could this legend be based on a single species being seen?

A while ago there was a new species of whale found off of the Alaskan coast. The relevant quote is as follows:

Back in 2016, this new species of whale was discovered when an unusual carcass on an Alaskan beach. Japanese legends told of a strange dark colored, beaked whale, this whale was thought to be a myth until the “mystery carcass,” washed ashore.

When investigating the remains of the creature it was discovered that a set of bones on display at a nearby educational center were the same as the whale found, which was quickly determined to be a newly discovered species.

Or maybe it was not new species of whale but a living ancient one, could what was found be a thought extinct aquatic Lizard but was later identified as A Whale.

Basilosaurus an ancient terrifying, razor-toothed beast which lived 40-35 million years ago and could grow 50-60 feet long.

The Basilosaurus inhabited the shallow seas in what is now Alabama. A slender animal like a snake, with a short rib cage, small front arms, and a tiny pelvis that didn’t attach to any vertebrae.

When first discovered it was assumed that the animal was an aquatic reptile, the Eocene, the period of history when the Basilosaurus thrived, was long after the dinosaurs and their water dwelling species.

Basilosaurus was king of the oceans at a time mammal were rising to rule the world.

There are many questions that science still has about this ancient whale and they are difficult to find answers to, as fossil remain are rarely found.

We know that Basilosaurus was the biggest marine carnivore of its time, and that it went extinct as the climate changed, but we don’t know what color it was. We don’t know much about its behavior. We may never know most of its features.

Could this missing information be filled in using the legends told by the native peoples of Alaska and their stories of the Pal Rai Yuk.

What do you think, could the cryptid be a living Basilosaurus or is it an ‘as of yet’ to be recognized by science new species?