The Legend of the Wampus Cat

I have been on the hunt, looking to find a cryptid that I knew nothing about, my inspiration being the weird creatures jumping around the house as I work.
I am talking felines or cats as they are better known.
I found a cryptid a feline creature that I haven’t heard of.
In stories of the supernatural, cats often play a prominent role. If a black cat crosses your path, it is a sign of bad luck cats have also been traditionally regarded as familiars to witches. They have been given many powers and have even been worshipped as gods, the cat I have you for today is also capable of some amazing things 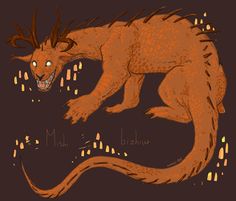 The Legend of the Wampus Cat comes from the Southern Appalachian Mountains, a terrifying cat like creature has been stalking the woodlands and ranges for hundreds of years. The Cherokee Indians have long had mythology and stories which they handed down to settlers about this mysterious creature.
The cryptozoological beast is today named the Wampus Cat but was originally known as Ewah by the local Cherokee tribes.
The native peoples told that just seeing the animal was enough to drive people mad.
In a tale that is similar to other shape shifting humanoids like werewolves or Skinwalkers the original ancient folklore is that the Wampus Cat was once a Cherokee woman who was mistrusting of her husband.
The tale begins one night, with the woman’s husband heading out on a hunt accompanied by fellow warriors from the tribe. The wife being incredibly suspicious dressed in the hide of a mountain lion followed the hunting party out into the wilds.
Her plan of spying on the men was undone when a medicine discovered her and her untrusting ways so he punished her, she would be cursed to wear the animal pelt for all eternity and wonder the Southern Appalachians in the form of the Wampus Cat.
This story is not the only origin for the mysterious feline another Cherokee tale says that many moons ago, the strange six legged creature had been terrorizing villages, the cryptid causing misery for the men and women and spreading fear through the tribes.
As is often the case a brave young warrior stepped forward he would be the one to protect the people. He set out in search of the Wampus Cat with a mind to murder the monster.
He found the animal but things did not go the brave’s way, upon looking at the cat he went completely insane. Devastated by loss the Braves young wife decided she would avenge her husband so she put on a mask and went up into the mountains searching for the Wampus.
She managed to sneak up behind it. The Wampus spun around and seeing her fearsome mask became so terrified it ran off and was never ever seen again.
The Cherokee believe this women still walks the mountains protecting all from the cat, dressed in her mask the Wampus and keeping the mystery animal way.
The legend grew as the white settlers moved into the Appalachians, they were taught about the legend of the Wampus Cat and it became a part of the local folklore. These settlers would often report seeing the Wampus describing an animal much like a puma, with a few key differences.
The Wampus is said to have three pairs of legs move at great speed and posses glowing eyes.
A legend told by the settlers say that there was a woman who lived alone in the mountains, she was thought to be a witch. The woman was a shape shifter who would morph into a cat and steal chickens and pigs from the nearby farms. This woman is said to have been a new incarnation of the Wampus mirroring the legend of the Cherokee woman who became Wampus.
A more modern take on the Wampus involves the creature being the product of government genetic experiments and the breeding of a super predator from mountain lion and gray wolf d.n.a.
The fearless creature now roams the backwoods of Alabama.
This as it is claimed the scientist working with this newly bred creature were careless letting a breeding pair escape from their labs.
People living in this part of Alabama claim to still see these creatures running around.
Sightings of Wampus cover a wide area, Wampus being spotted as far south as the Florida Everglades and as far north as the Great Smoky Mountains.
Cougars are said to still roam the mountains with many reported interactions with large feline animals, could these people be having a run in with a Wampus?

There are many cat like cryptids around the world Demon Cats the name given to the ghost of a cat which is purported to haunt the government buildings of Washington, D.C.
The Kilkenny cats are a fabled pair of cats from County Kilkenny in Ireland, who fought each other so ferociously that only their tails remained at the end of the battle.
An underwater panther, called Mishipeshu or Mishibijiw in Ojibwe is one of the most important of several mythological water beings among many indigenous peoples of the Northeastern Woodlands and Great Lakes region.
Werecats and were-jaguar are also popular the later recently appearing in the rebooted version of The Hellboy Movie.

None of these cats have the six legs of the Wampus but there are some unusual feline breeds that we know are real and nearly as strange as the Cherokee legend.
Sphynx cats are known for being hairless. Also called the Canadian Sphynx, this odd breed was founded in 1966 in Toronto, Canada similarly there are the Levkoys have little to no hair and distinct folded ears. The Elf Cat is actually a cross between the Sphynx and the American Curl, and looks like an alien.
Then there are the Japanese Bobtail and Pixie-Bob. The Pixiebob cat gets its name from its supposed genetic heritage - the bobcat. Pixie-Bobs are polydactyl, meaning they have 6 or 7 toes on each foot.
Almost six legs but not quite!
The Japanese Mi-Ke (meaning Three Fur or Colours), Japanese Bobtails are mostly white with orange and black patches. This weird cat has a little stub for a tail.
The most famous tailless feline probably being the Manx cat. The Manx is a medium-sized cat, stocky, and heavily boned.
They have a round head, round eyes, a roundness at the whisker pads, and a round rump. The ears form a rocker shape when viewed from behind. The hind end of the Manx is higher than the front, famously these cats are completely tailless.
Are you cat person, which is your favorite breed?
What cryptid cats do you know about?
Let me know in the comments below.