UFOs are seen all around the globe. They are often distant lights in the sky and can be very difficult to accurately judge the size and shape. As with all things, there are those sightings that offer more. A mysterious craft that not only is clearly seen but are also massive in size.
Let’s take a look at giant UFOs. 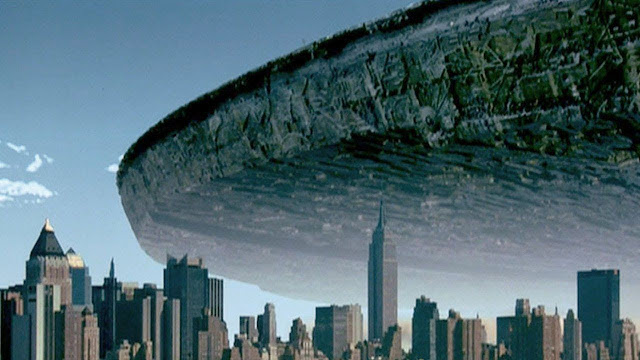 Sightings of anomalous flying objects vary widely and much different craft are seen, from triangular vessels to growing orbs.  The craft which are small to those that have been reported to be the size of a football stadium.
Like the iconic scene from Independence Day when the giant saucer emerges from cloud and destroys the white house. Huge ufo could be a cause For concern, for those experiencing a sighting the size of the craft can be directly comparable to the threat it imposes.
Huge unidentified flying objects have been seen for decades, one of the earliest sightings come from 1956. 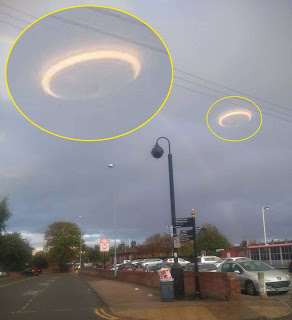 The spotting of a massive unidentified flying the object was back in 1956, the release of the information about this incident was made public in 59 when a Major Donald E. Keyhoe who was working with the National Investigations Committee on Aerial Phenomena. He heard the story from the navy captain called James Taylor.
The Remarkable tale that he told was for the the longest time kept out of the public eye.
According to Taylor, in 1956 he had been aboard a Navy R7V-2 transport piloted by a Commander George Benton and co-piloted by Lieutenant Peter W. Mooney, on a flight across the Atlantic towards Naval Air Station, Patuxent, Maryland, in the United States, along with several other Navy men returning from duty abroad, several dozen crew members, and 30 airmen-pilots, navigators and flight engineers. On this evening they were approaching a stop at Gander, Newfoundland, under reportedly clear and calm conditions with excellent visibility when a series of bizarre events would play out.
The commander spoke of how he was peering out across the ocean, this is when he saw something strange hovering over the sea was what looked like a flock of orange lights.
These strange lights hovered not moving the men doubted their instruments and thought that they may be approaching land a quick systems check showed that they were not.
It turned out that the co-pilot could clearly see the strange aerial phenomena also, both the airmen were in agreement that what they were seeing should not be there.
They were so confused that they decided to wake the others who happened to be sleeping in the cockpit. Moving at a good speed the aircraft quickly caught up to the location of the strange lights the commander decided to circle the area and make an attempt to identify what they were seeing.
The lights seemed to react to the presence of the aircraft and began to dim in response. commander Keyhoe said of the incident:   As we flew around the UFO the illumination lessened this was followed by the appearance of mysterious colored rings. These rings were not attached to the objects but were being projected out.
The pilot described what the airmen went through.
“What the devil is it?” said Mooney.
“Don’t know,” muttered Benton.
They gassed the airplanes engines to full power and climbed away from the unidentified aerial phenomena, the objects followed them and this is when they saw what appeared to be a giant disk.
The saucer shaped craft was massive it dwarfed the plane the men were in, the disk being over the 116 foot length and width of the Super-Constellation the men were flying.
Benton gave the estimation of around 400 feet for the diameter of the disk.
The mystery craft seemed to not pay attention to the airplane almost hitting it as it approached and passed them great speed.
Keyhoe went on to say:
Its sheer bulk was amazing; its diameter was three to four times the Constellation’s wing span. At least thirty feet thick at the center, it was like a gigantic dish inverted on top of another. Seen at this distance, the glow along the rim was blurred and uneven. Whether it was an electrical effect, a series of jet exhausts or lights from opening in the rim, Benton could not tell. But the glow was bright enough to show the disc’s curving surface, giving a hint of dully reflecting metal. Though Benton saw no signs of life, he had a feeling they were being observed. Fighting an impulse to dive away, he held to a straight course. Gradually, the strange machine pulled ahead. Tilting its massive shape upward, it quickly accelerated and was lost against the stars.
After the near-miss the men were duty-bound to radio control and tell them of the incident, expecting to be ridiculed and mocked by the tower the airmen were surprised when contrary to expectation the tower confirmed that they had detected the object on their radar.
Making their way back to the airfield and landing the plane the aircrew was met on the ground by Air Force intelligence officers. They were subjected to lengthy interviews which when concluded finished with orders for the men to be silent and never tell of what they had encountered above the ocean.
A little spooked by the incident the men kept quiet until a week or so after when Benton was approached by a scientist, the scientist gave the man pictures of the craft but didn’t ask or give any extra information on the UFO sighting.
A very odd and strange interaction only adding to the mystery of what the airman had been through.
The UFO seen on that day was huge but there have been larger, the famous sighting by the Japanese pilot of  Flight 1628 on November 17, 1986 involving a Japanese Boeing 747-200F cargo aircraft.
Captain Terauchi noticed two craft to his far left, and some 2,000 ft below his altitude, which he assumed to be military aircraft. These were pacing his flight path and speed. At 17:18 or 17:19 the two objects abruptly veered to a position about 500 ft (150 m) or 1,000 ft (300 m) in front of the aircraft, assuming a stacked configuration.
They were massive being bigger than the giant airplane. 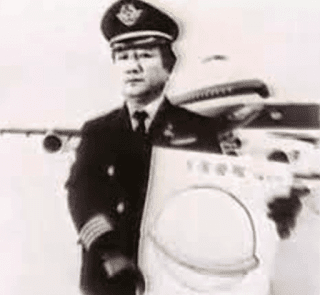 They appeared to be the shape of turtles shell
But the largest UFO said to have been seen was recorded by NASA Observed exiting the Sun by a NASA space telescope.
NASA’s Solar and Heliospheric Observatory (SOHO) project is an orbiting observatory which allows the space agency to monitor our star. This providing a wealth of data of the activity that occurs on, around and in the solar surface.
It was while recording the gaseous eruptions of the sun’s surface that the telescope captured an inexplicable image of a huge object.
The NASA website featured a video of an angelic craft coming out of the Sun during a solar explosion.
A still picture of the NASA footage shows much solar debris spewing from the Sun’s right-hand side.
Then an unexpected anomaly is shown only for an instant appearing on the star’s left-hand side.
The image is also inverted into a negative format using digital manipulation, with the strange object shows up black against the white of the Sun.
The Sun is bright white due to the intense heat it emits – on average 5,500C.
This points to another strange quality of the object it’s not transparent like other artefacts in the picture and video its dark and solid which indicates  that it is cool, so how could something cold be leaving a burning star with a the temperature of over 5000 degrees Celsius?
And in a call back to the objects spotted over the ocean by the pilot and his crew one comment on the images said
“Dude, it’s an upside-down saucer. But that thing looks bigger than Jupiter.”
“It’s kind of like in the shape of a stingray. Nice catch! That thing is huge!”
We are left to ask ourselves what are these craft and why are they so massive?
Are they motherships a giant home that traverses the universe on the hunt for energy resources or maybe planets to colonize?
Are the smaller UFOs we see in our skies departing from these huge vessels?
Let me know what you think in the comments below
at June 11, 2020