Living a long healthy life is something that we all want to achieve, for most we get around 60 to 70 years but there are those that some say get a few years more.
Just how many years?
Well, some say that it could be thousands of years.
There has long been a conspiracy that many of the worlds rich and powerful are immortal.
Living may lifetimes and assuming new identities every a century or so. 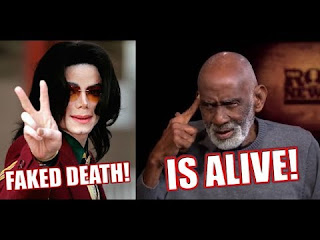 The idea of immortals living a hidden existence has been doing the rounds online for the longest time. The discovery of old photographs and paintings that depict images of people that have an uncanny resemblance to today’s celebrities and business moguls.
One of the world’s wealthiest and most famous inventors is claimed to be an immortal and has himself posted about his long life saying
'Full disclosure, I’m actually a 3,000 year old vampire'
'It's such a trial assuming all these false identities over the centuries.'
I am talking about Elon Musk.
In a twitter feed he was replying to comments on this conspiracy and the claims that he is actually a time traveler with the retort that he is actually a vampire. As with many of these stories it all started with the discovery of a photograph. The picture came from 1914 and showed a WW1 pilot who went by the name Raymond Collishaw.
Those that believe this is a picture Musk point to the idea that Mr Collishaw who passed away in 1976 died a few short years before the new identity of Elon Musk was created.
In 2017, former Twitter chief executive Dick Costolo told CNBC: “Elon may be proof that time travel exists because he seems to have either more hours in the day than the rest of us have, or he’s from the future.”
Another person who is often linked to this conspiracy is Keanu Reeves.
His doppelganger went by the name Paul Mounet and was also an actor all be it a French thespian! Ask the internet and it will say “nope”, that is a painting of Keanu.
No question about it.
Keanu also seems to hardly age, and it’s thanks to this ever-youthful appearance the weird conspiracy theory flourishes. In a poll some 74 percent of people said they thought he is immortal ageing slowly, both in this century and in the centuries before.

Keanu is said to have hundreds of portraits and drawings from his centuries of living and when people see them they say “Oh, that’s Keanu Reeves.”
Maybe the only thing bigger than the actor’s roles in the Matrix or Speed is his vanity, how else could explain away so many paintings?
Cat woman Anne Hathaway, is another “A-lister” that has seemingly not aged a day over the past 20 years. Could Anne Hathaway be part of an immortal underworld?
If she is it seems she has the perfect partner with claims that her husband Adam Schulman is to hundreds of years old. People pointing out his striking resemblance to the famed English playwright Shakespeare.
And in yet another twist what was Shakespeare’s wife’s name?
Anne Hathaway, even being spelt the exact same way.
Not all of these immortal celebrities are quick to acknowledge their long lives.
Nicolas Cage or his double was snapped in a photo from Tennessee around 1870, when quizzed on the picture his explanation was to downplay the the idea that he is an un-ageing vampire.
The actor who played a man convinced he had been bitten by a vamp in the movie Vampires kiss said he has a reflection and has never been seen drinking blood. Was Cage mocking an impossible theory or working around the truth?
After all, He didn’t say that he wasn’t in the picture or that he wasn’t immortal, just that he wasn’t a vampire!!
Another big name in Hollywood, a man with a love of Jazz, and fear of Dinosaurs, who famously said “life will find a way”
Seem to have found a way to have eternal life.
It is claimed that Jeff Goldblum was alive during biblical times. A Tumblr user going by the name wombat king says that he “may or may not be King Solomon.”
The many other celebrities that have become tangled up in this idea continues to grow, so you have to ask. In a day when there is so much information online and it becomes increasingly easier to uncover a person history why do these celebs try and stay in the public eye, wouldn’t it be easy to just disappear?
Well, that is exactly what many have said to have done.
Faking their deaths and then living out their remaining years no matter how long out of the public eye.
There are an infinite number of theories concerning people who didn’t really die, these ideas range from cult involvement and sacrifice to organized crime and as already established immortality.
Arguably the most well-known “fake death” story is that of King Elvis Presley.
For decades many ideas have been put forward as to why the the biggest name in show business at that time would want to vanish, the most popular being that he was trying to escape the limelight, exhausted by fame and wanting to see out his days in peace and quiet.
Others say no his disappearance and faked death is because of his part in operations with the DEA, the FBI and their pursuit of the Mafia.
The theory says that Elvis he was hired by soon to be disgraced President Nixon as a Drug Enforcement Agency special agent, this idea stemming from Presley’s anti-drug and anticommunists ideals. Both being things the king felt strongly about and wanted to play a role in stopping them destroying the United States.
It was during a secret mission in the ‘70s, that he became embroiled with the Mafia and found himself in a situation that he was not escaping from at least not with his life intact.
It’s at this point that many say he went into witness protection and has been living out the rest of his life in anonymity.
Another famous singer that is said to have pulled the same trick is rapper Tupac.
Gunned down in a drive-by shooting the young star was cremated quickly the ceremony taking place the day after his death. Unusual but not unheard of, but what separates Tupac from other tragic deaths is that he was said to be part of many secret groups. These groups supplying drugs and women and it is claimed to link with California’s law enforcement.
Others claim he was murdered in an FBI operation related to East Coast vs West Coast gang wars.
Shortly after the violence confusing reports came in of Tupac surviving the shooting and in recent years
Claims have been made that say Tupac is alive and well and living in Malaysia, another fan-favourite theory is that he is kicking it on a beach somewhere in Cuba with another hip hop hero who is said to have faked his Biggie Smalls.
While we are in the realms of music stars, the king of pop Michael Jackson is said to have faked his death in 2009, this coming on the back of a rumor claiming that Jackson was bankrupt.
Again in a pattern that is becoming familiar now, reports of Michael has come in from around the world, most posts on social media the star is seen globally and blurry pictures are often posted to
“Akon the singer of the smash hit Lonely said he believes Michael is in hiding and will be coming back one day.”
Michael was famous for his lavish lifestyle and the hundreds of staff who saw to his every need some of these helpers became friends to the star and they have echoed Akon’s ideas.
They say it’s a plan that will eventually see Jackson coming back from the dead and once again stepping into the limelight.

One thing is very real about this theory and that is, that it feels as if these celebs are still with us we hear their music see them in film and this leaves us some time having to remind ourselves that they have left this mortal coil.
They have succeeded in a way and achieved immortality through their work.
Still, some cling to the idea that they “didn’t really die,” and are eternal and undying.
What do you think, are these celebs immortals that have faked their own deaths or live on under new names?
Who is your favourite celebrity double from the past?
Let me know in the comments below.