Today The media machine is on a relentless march to insert itself into almost every aspect of our daily lives. They desperately battle for our attention with ever more sensational headlines which are often hardly related to the content of an article.

Sometimes they have been caught red handed in outright lies, some say that this is all fake.

A system set up and controlled by a few and being used the powerful to manipulate public opinion.

Today however people are a lot savvy to the media tricks and more and more they are stepping away from the controlled narrative.

In response media is employing the use of bots, these bots being used to stir debate or raise issues that the media wants to appear are coming from "Joe public"

The BBC a one trusted institute has been at the forefront of these nefarious practices and the news agency once trusted around the globe is now trying to control and subvert ideas to its own agenda this leading us to the question,

Does the world trust the media anymore? 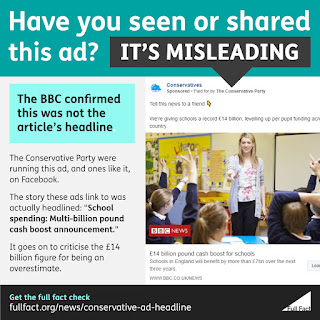 In this time of unprecedented change and the world is simmering on the edge of violence thanks to a pandemic and the associated government lockdowns, a murder stemming from police brutality and economic hardship looming for many.

We see these tensions being fed by alarmist headlines which are designed to grab clicks instead of inform people of the truth.

The coronavirus crisis has accelerated this trend of alarmist reports. There has been a technological shift; executives are already thinking about how much money they will save by sticking to Skype and Zoom or, in CNN’s case, Cisco Webex.

There’s the new experience of seeing reporters and anchors at home — which manages to feel both informal and staged at the same time.

Updates on the coronavirus pandemic and other news as it happens arriving with a breaking email alert and then appearing as real viewpoint instead of a scripted agenda driven post.

This brings me to today and the coverage of recent UK protest over the death of George Floyd, I noticed a strange amount of negative comments about the protest and similar sentences in terms of concerns with a rise covid infections.

I looked at those posting these comments and the accounts seemed very suspicious, I would go as far as to say fake.

Looking at the Facebook accounts of these commenters I saw that they had very little information very strange timelines with long periods of inactivity and very little in the way of personal posts or communication with friends or family. Upon doing a little digging I found that the guidelines Facebook gives for spotting a fake account were all met by these accounts that were posting the same of similar comments.

The BBC by its own admission said that it employs bots.

The Video they dont want you to see!

To quote their webpage:

So far, we have built bots for Facebook, Twitter, and Telegram in collaboration with the BBC's Visual Journalism and World Service teams. These bots have variously allowed us to automate our coverage reach audiences where World Service websites are blocked and engage readers who wouldn’t normally visit our sites.

The BBC's used its first in-article chatbot by adding a conversational interface to the bottom of BBC News stories. This gave readers the ability to find out more about a topic in a more conversational style. For the trial, we added the explainer bots to articles where the subject domain can be more complex. The conversations were based on pre-scripted material written in a multiple-choice format. After a successful pilot, we adapted the in-article chatbots for use in the UK's general election.

So, by the BBC own admission  it has long been using bots on its web pages and social media, this is dishonest and dangerous, and I would advise anyone reading a comment they are suspect of to check out the account it came from.

Using the following guidelines, you can decide to believe the comment or not.

This is "How to spot fake accounts."

Facebook is a bit like the Wild West a place full of fake accounts created for the sole purpose of spamming, tagging people and tricking people out of money.

nds and increase their following. Those who are looking to take advantage of the platform for criminal or other purposes often follow a series of characteristic traits which can make them easy to spot.

The first clue are the NAMES they use to create their accounts.

-combinations of most popular names + surnames, for example:

John, Sam, Rachel + Miller, Taylor, Brown (this is also true for other languages, not only English)

-names (or variations thereof) of famous people, politicians, for example:

Margaret Clinton, Edward Obama, (again, the same for countries other than US/UK)

-Asian names, especially Vietnamese (be especially careful with this one, you don’t want to write anybody off just on the basis of their surname, and that would be downright discriminatory – make sure to check such profiles thoroughly).

From my experience as group admin, I noticed that about half of the spamming bots have words such as “Nguyen”, “Thao”, “Thanh” “Pho” in their names (Vietnamese names/surnames)

-names which may suggest that the person has something to do with Facebook (for example, Facebook Tom)

Names which are characteristic of real player accounts:

-less popular names (this is because the fake accounts aim to be as typical for a given culture as possible, thus they aim for the popular names)

According to the advice supplied on the Facebook page.

The second important part of the scam is to have a face that fits, a good PROFILE PICTURE can persuade many that the account is genuine.

Bogus Profile pictures that are typical of fake accounts often appear as follows:

-photos of MODELS/pictures of young, dynamic, healthy individuals (this is done to attract others obviously)

-photos of just one person usually

-the only aim of the profile picture is to show the person who is supposedly the owner of the account, no abstract things, paintings, cartoon characters and pets will be present

-photos which are very well done from the technical standpoint (most regular people will just have a badly done photo by a generic camera at some family party, not a professional photo shoot)

-in general, the photos do not give the impression they were casually taken during everyday life or holiday trip

Profile pictures typical for REAL accounts (In general, the opposites of the above):

-people without lots of make up in everyday situation

-some people seem to be tired of life

-sometimes real account will also use photos of models, which may cause some confusion

The third red flag is the SHARED CONTENT they want to promote or a staunch opinion they wish to push onto other users.

Typical characteristics for fake accounts when it comes to the things they have on their walls:

-shared fake content, which is supposed to make it look more believable –this is typical strictly for the ‘nguyen’ fake accounts, they will have lots of mutual friends with the same name and comment on each other's pictures to make it look legitimate. The pictures shared on their walls again, look to well-done to be real, and the comments are often too polite and artificial, not what you would expect from people close to each other.

-the ‘businessmen’ will have things connected to their scams on their wall, sometimes loan offers, sometimes sob stories about them losing both legs and needing money

Another convincing trick they use is tagging MUTUAL FRIENDS, this way they play on the credibility and trust you have for others on the site.

Always check the number of mutual friends, fake accounts will usually have lower number of those, but then again, it’s not 100% accurate because once some people start adding the fake account, others might believe it’s a legit account due to there being mutual friends.

The advice finishes with the caveat that not all these tips will be present in all fake accounts and that scammers are constantly improving their techniques and in the case of the BBC and its bots they are very difficult to spot.

My hope is that by getting more people acquainted with this problem of fake posts and comments will make people a bit more cautious in the future and not be so easily swayed by the agenda of big media.

The accounts that I found did have many of these characteristics, I won't say the names as I don’t want to unintentionally dox someone but I would encourage those of you who have doubts to look at the profile of these commenters and see what you find.

The comments that seemed to spark the most replies or become the focus of the post are those that looked to be from suspicious accounts.

It very much looks as if the BBC are trying to manipulate public opinion and that is both unethical and morally wrong.

In these days of media saturation, we see more but it seems we pay ATTENTION LESS.

This lack of attention and constant barrage of information is making it easier for those with the biggest platforms to shape events to the way they want them seen.

A very dangerous situation, I reminded of the famous JFK speech

“The very word ‘secrecy’ is repugnant in a free and open society; and we are as a people inherently and historically opposed to secret societies, to secret oaths and to secret proceedings. We decided long ago that the dangers of excessive and unwarranted concealment of pertinent facts far outweighed the dangers which are cited to justify it. And there is very grave danger that an announced need for increased security will be seized upon by those anxious to expand its meaning”

As with most situations in life forewarned is fore-armed.

Do you think we live in an age of fake news and rampant propaganda; do you hold any trust for the news agencies of the world?