Many places are now slowly rolling back the measures that were put in place to fight the ‘plannedemic’ that has swept the world, this year has been a rollercoaster ride.
Memes have quickly swept the internet they predict what each and every month since the beginning of the outbreak would hold. One of the predictions was an alien invasion.
And although we have yet to see flying saucers on the white house lawn, we may have just seen the next best thing. 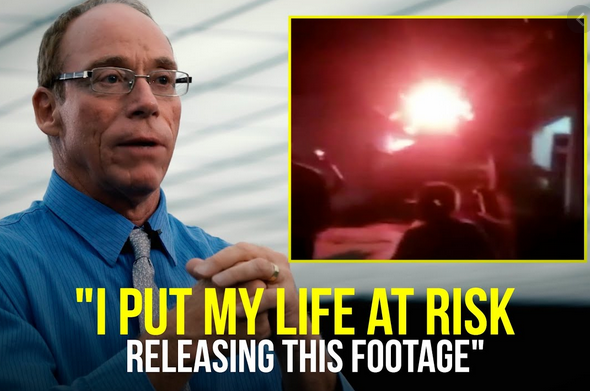 With the ups and downs we have been facing of late many events have come to pass that just don’t seem to have registered with people as a whole. The distraction that is CV19 keeping most focused on social distancing, quarantine, and a date for when we can once again return to some resemblance of normalcy.
2020 has been so crazy that the Government just confirmed the existence of UFOs and no one seems to really care.
Those of us who follow ufology have been hearing that April 2020 would be the time for disclosure and with a few days to go the government just squeezed it in, this as the masses are distracted by talk of reopening businesses and getting people back out spending.
For decades and in ever increasing numbers people have been studying UFOs, most hold the belief that various governments, and politicians globally, especially the officials of Washington, D.C., are suppressing evidence of extraterrestrial unidentified flying objects and alien visitors.
The revealing of what they know was labelled “The disclosure project” or just Disclosure for short.
For close to a century the many that believe in Alien visitors have been labelled conspiracy theorists or tin foil hat wearers, names that became the mainstreams go to ridicule for anyone who spoke out on the subject.
How things change!!

The people who for many years had to except being mocked for their ideas are now proven right.
This bringing us to the announcement made by the Pentagon on April 27th 2020 a day that should be noted in calendars.
The Defense Department officially released the classified videos that have been appearing online since first being leaked in 2007 and 2017. The Tic-Tac videos as they became known caused a stir and many in the UFO community saw them as proof and vindication of what they had been claiming.
The mainstream media and the government were quick to jump on the videos claiming them to be hoaxes or just anomalous weather phenomena or camera glitches.
Well now we know that the Government did indeed know that these videos were genuine and that the mass media machine may have been used to try and cover up and stigmatize those that said what we now know to be true, that this is hard irrefutable evidence of Unidentified Flying Craft not only in the skies above us but also their interaction with the military.
For those that haven’t seen the clips they show unidentified flying objects rapidly moving, being recorded by military aircrafts infrared cameras. In two of the videos service members can be heard reacting in awe at the rapid speeds at which the objects are moving.
The Department of Defense and Pentagon spokesperson Sue Gough said , "in order to clear up any misconceptions by the public on whether or not the footage that has been circulating was real, or whether or not there is more to the videos," After a thorough review, the department has determined that the authorized release of these unclassified videos does not reveal any sensitive capabilities or systems, and does not impinge on any subsequent investigations of military air space incursions by unidentified aerial phenomena."
She said “subsequent investigations” what about letting us know what was found by the investigations that came before.
Blue Book, Majestic 12 and the more recent Advanced Aerospace Threat Identification Program (AATIP)?

This Information has shown that The Pentagon has been studying these recordings as part of a since-shuttered classified program which was launched at the request of former Sen. Harry Reid of Nevada.
AATIP growing from $22 million in funding secured by Reid.
The program ran from 2007- oddly the time of the first video leak – to 2012 when it was mothballed, the Pentagon claiming it was shut down due to funding, they assessed that there were higher priorities that needed the money that the project was eating up.
Sen. Reid tweeted on Monday 27th that he was "glad" the Pentagon had officially released the videos, but that "it only scratches the surface of research and materials available. The U.S. needs to take a serious, scientific look at this and any potential national security implications."
Is this a thinly veiled clue as to the many more types of evidence the Government could be hiding, their possible knowledge of extraterrestrial races and maybe even what these races are here on earth?
But let’s not stray too far from this first step, the fact that now the US admits that indeed UFOs are real and that they are physical objects that display capabilities as of yet impossible for any man made vehicle to replicate.
For many including myself, this is the peeling back of the first layer of the onion but at least there is an onion.
For the longest time the US government denied it.
This position had become almost untenable in recent years with many major world leaders and their governments coming out and revealing what they knew about the UFO phenomena, the US was the last holdout.
A story which also landed this week was that of Alain Juillet, former director of the French Republic’s Foreign Intelligence Service (DGSE), spoke unreservedly on the topic of UFO phenomena and alien life.

He publicly declared that UFO phenomena “goes beyond the dimension of the Earth” and includes a “non-human intelligences”.
Alain stated that we might expect ‘official’ disclosure soon. He said that he was a firm believer in UFOs and that he had seen many reports given by fighter pilots, astronauts, people who are totally trustworthy and report very accurate observations.
This statement echoing that of AATIP founder Reid who said
"We've had some (UFOs) seen near of our military installations in South Dakota, at our missile defense systems, where they come out of the ground, there they (UFOs) are. So I don't know what all these things are but I do believe that we should take a look at them.”
The most credible stories and sightings of UFOs have come from military pilots, Reid said.

Alain Juillet then suggested that we should study the mystery craft closely, the ability these objects have to disobey the laws of aerodynamics and physics, and that they are not subject to the force of gravity are capabilities that could see human technology take a massive leap from our current crude rocket based technologies.
To this end we should collect information, technical and human resources must be developed. An intelligence service can only investigate UFOs if there is a need expressed by those in charge, that is, by the highest state authorities.
This would also means admitting to the fact that we are not alone in the universe, as working on such projects would be hard to keep secret and would benefit greatly from investment by the private sector.
He talked about how the French government know that America is very serious about studying the phenomena and have a large budget to try to understand the issue at hand.
The other powerful nations, particularly Russia and China, are doing the same, all wanting to discover the technologies behind the UFO phenomenon and then recreate them themselves.
This is where we come to the rub, if the next step is to be taken- it being a very short step to admit that these unknown vessel are piloted by intelligent beings from another world- the governments would have to reveal their secrets. The many projects they have kept hidden and the billions they have spent.
I think the people of this planet could easily take to knowing that there are other lifeforms in the infinity of space but would not be so forgiving to Governments that have lied to them since the 30s.
What do you think, have we just witnessed Disclosure, will we see more information on the existence of extraterrestrial life over the coming months or do you believe that this is some sort of project Blue book cover operation?
Let me know in the comments below