An ever-increasing number of UFO reports that really are snowballing at the moment:
Taking a look at Russia a country mentioned in my last video on DEWs and the terrible forests fires, there has recently been a number of UFOs spotted.
Some claim that the Mysterious flying objects are ‘man-made' others say its extraterrestrials.
Northern Siberia was the location of a number of flying objects that have stunned Russian scientists, defying a logical explanation footage captured showed orb-like flying objects and fueled claims alien involvement. 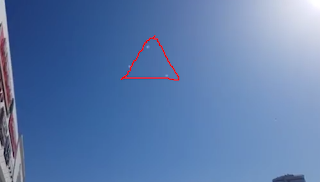 A group of three mysterious UFOs were seen circling in the daylight sky over northern Siberia, the video and images has set the Ufology community a buzz with different theories as to what the alleged craft are. The bizarre sighting was caught on video in a car park close to a shopping Centre in Tomsk, Russia. Scientists, who pretty much always dismiss such encounters, have been left baffled by this unusual footage and much speculation has grown over the origins of the video and the identity of the objects.
The short 15-second video clip, shows the three mysterious bright spots lined up in a triangle above Siberia appear to move closer together. Those with knowledge have speculated that the formation may indicate the legendary TR3B a craft said to be back-engineered from alien technology recovered here on earth.
This footage was described to Russian media by the original witness who said that they had spotted the UFO or formation of UFOs on the 6th April. The clip quickly gained traction in Russia and went viral.
This leading to the speculation that blew up online.
Tatyana Galushina, an astronomy professor at Tomsk State University, explained that she and her colleagues could not agree on what exactly the video shows.
The scientist did suggest that the objects filmed were "man-made" but refused to speculate on their origins 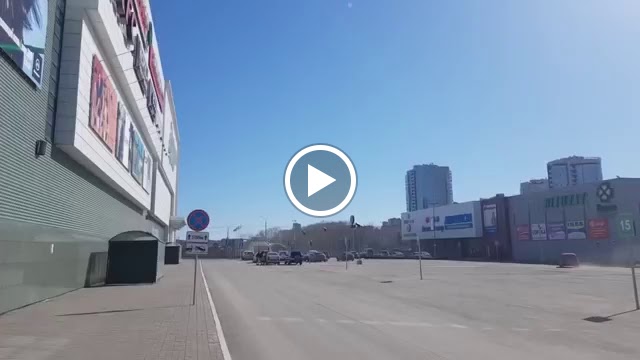 Professor Galushina said: "The main theory is that it is something illuminated by the sun.
"It could be balloons, paper lanterns, or even quadrocopters."
Galushina also suggested that the UFO footage was a hoax or potentially camera glare.
Professor Galushina told RIA Novosti: "This is certainly not a natural phenomenon, because if a person really filmed an incomprehensible phenomenon and wanted to find out what it was, they would give more information, film for longer, and so on.
"The problem is that it’s hard to make any reliable conclusions from this video."
She did suggest that the objects filmed were "man-made" but refused to speculate on their origins
This all as many make claims the video is a result of "bored" Russians entertaining themselves during the coronavirus lockdown measures.
But the unusual lights do follow a similar rash of sightings across the planet with reports coming out of the US and Mexico just a week ago
In the US another strange incident occurred Above Cleveland and Detroit.
A group of people getting their allotted exercise time during the lock down broke with the rules when they took a walk in a park in Ohio and Michigan. Rather than being surprised by the police for their disregard of the rules they were in for a shock of a different type.
Over two nights, these citizens of Cleveland and Detroit saw what appeared to be groups of unidentifiable flying orbs, orbs similar to those seen in Russia?
This gave rise to the idea that alien visitors are here monitoring our response to the current global situation with CV 19. The more skeptical said that the boredom and the strangeness of this whole situation is beginning to mess with people’s minds and now they are seeing things that aren’t really there.
If this is some kind of mass hysteria it would be very, very unusual as it would be global!
Yet more sightings being reported from another region of the planet, travelling to Europe where more Spherical UFOs have been Spotted Hovering over Paris.
Many experts on the subject of alien visitors believe that these French UFOs were an alien vessels.
The video was captured by a resident of the city of romance Paris. It shows another spherical UFO steadily hovering over the empty city. According to experts, the alleged extraterrestrial craft could be watching Parisians reactions to their current predicament in the same way as suggested in the States and Russia.
Originally shared on YouTube by the user loopsovershit. I will post a link in the description, it was then picked up across multiple UFO channels.
During the minute long, a strange metallic spherical object remains motionless in the sky.
The majority of “youtubers” that watched the UFO video agreed that it was most likely a vessel sent to observe the inhabitants of the city.
The ETs aboard the UFO could be observing the lockdown and how the residents of Paris are handling with the situation. One suggesting the idea that these aliens are creating a predictive model that can be applied to similar situations.
Maybe that situation could be first public contact, the full disclosure that many believe will soon occur. 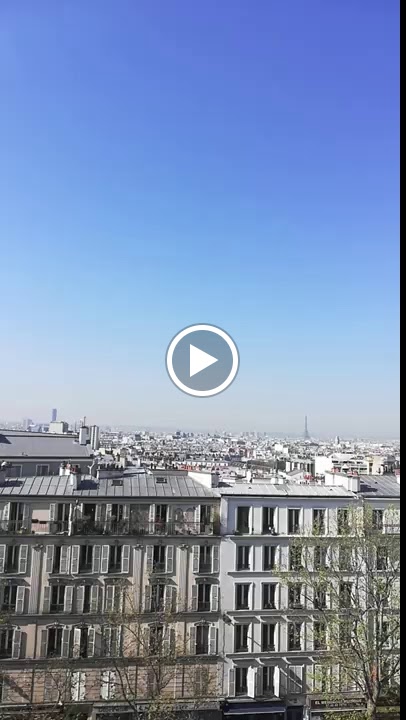 The information would allow the aliens or possibly even certain agencies here on earth the predictive model of what could happen in the near future if they were to reveal the existence of intelligent life elsewhere in the universe.
With that UFO sightings becoming more frequent this may be prudent planning by whomever is watching.
Some viewers of the videos left their comments some saying that these objects could be balloons other suggested they could be a zeppelin or blimps.
So what do I think so many people are seeing the same type of objects in the sky?
there are a number of ideas the first that indeed these are alien craft perhaps even the very same craft travelling all over the planet and watching what happens and such a historic time, secondly they could be manmade craft maybe they are new type of drone that has been deployed to monitor the numbers of people who are ignoring the quarantine orders across the planet.
The third is that this is some type of mass hysteria, the stress that many face living in conditions that they are not used to effecting mental states and possibly having people mistakenly identifying regular objects as UFOs or just imagining them although a hallucination cannot be captured on film, so maybe these orbs are out and out hoaxes?
If this was the case it would be very strange that the same pattern and situation is being recreated in each video?
What do you think real, fake, or something from the stars
Let me know in the comments below
at April 27, 2020 No comments:

River monsters are part of many countries legends, they vary in form but often share common features.
We can break this down into animals that fit with the the appearance of a plesiosaur type animal others more like giant seals some are more serpentine, snake-like animals that are very large and inhabit waters where reptiles are rarely found.
I want to look at one of these creatures and the idea that a familiar aquatic animal- all be it giant in size – may provide us with an answer for this snake-like lake and river monster that has been seen from China to Europe.
Let’s take look. 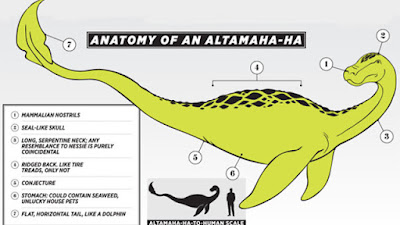 Let’s travel to the Nordic island nation of Iceland and take a look at its equivalent to Loch Ness
One of the most well-known of these lake serpents is the Lagarfljótsormurinn Serpent or as it is also known the Lagarfljót worm of Lagarfljót Lake in East-Iceland.
Lagarfljót Lake is Iceland's 3rd largest lake, found in the east of Iceland near Egilsstaðir. Its surface measures 53 square kilometers and it is 25 kilometers long; its greatest width is 2.5 km and its greatest depth 112 m. This easily providing a large enough environment for the mystery animal to hide.
The glacial river "Jökulsá í Fljótsdal" begins at the Vatnajökull glacier and flows into the lake, a source of fresh melt water providing the lake with its milky white colour.
It is these icy waters that the Lagarfljót worm lives, just like other lake cryptids it has been seen by many witnesses through the ages. The first recorded reports of the water dwelling worm are from around 1345. Spotted over the decades it became a creature of legend in 1589 the serpent monster is said to have raised its body so high out of the water that a boat could have passed under the beast with ease.
Legend tells that when the beasts body crashes back into the water the impact was so huge that the earth trembled. This obviously being a hyperbole, designed to emphasize the animal’s large size.
Sightings of the serpent raising its humps out of the lake continued, in the 17th century there were 14 sightings of the serpent!
It was considered to be a bad omen if the serpent showed itself.
Maybe there is some truth to this, from 2012 the world has seen increasingly more and more disastrous events could this be because the beast was spotted and recorded back in February of that year?
February 2012, Mr Hjörtur a local farmer captured a video in which there appears to be a long mysterious object moving in a snake-like motion across the current of the river feeding into the lake.
The video was uploaded to YouTube where it triggered speculation that this was indeed the famed Worm of Lagarfljót.