The world is gripped by fear over the covid 19 virus or the coronavirus as its better known, as we are all too aware the danger of a global pandemic seems to be here, something which I am sorry to say, looks unstoppable.
In the light of this scary news much misinformation and lies have been spread and I have noticed a real lack of knowledge from many when it comes to viruses.
This ‘as is often the case’ sent me searching out information and I came upon two interesting articles, one an Ancient Mystery Viruses Discovered Sealed within Tibetan Glacier for  over 15,000 Years, the other about Viruses being a major driver of human evolution. 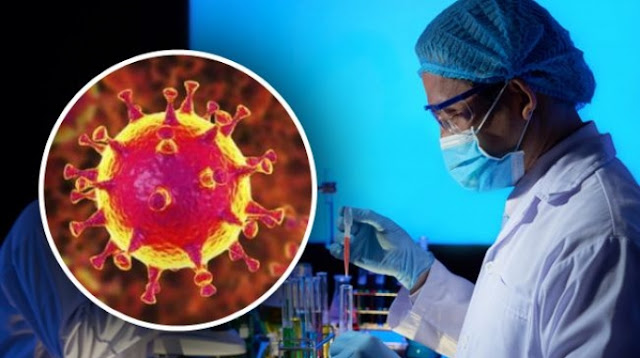 So what defines a virus, a virus is classified as a microscopic parasite, generally much smaller than bacteria. They lack the capacity to thrive and reproduce outside of a host body. Viruses are feared for their ability to spread, epidemics and pandemics have been global killers that humanity has struggled to contain.
The 2014 outbreak of Ebola in West Africa, and the 2009 H1N1/swine flu pandemic are now looking a lot less scary as the threat of a new coronavirus looms over the world.
But viruses are neither good nor bad they have been invaluable to research and curing many diseases, it is often a surprise mutation or a reemergence of an old virus that causes us problems.
This because people have yet to build immunity and a cure may not be at hand.
That is why a recent discovery could be a worry, if covid 19 proves to be less of a disaster than predicted science may discover that the next global outbreak comes from the rediscovery of a killer.
This is why, when I read stories like Scientists discovering 28 new groups of ancient viruses in a state of hibernation buried deep within ice, I start to worry!
These viruses found inside the cores of a 15,000-year-old Guliya ice cap on the Tibetan Plateau.
A recently published paper available on bioRxiv, details a study which reveals that researchers contaminating samples of viruses is not difficult. So in this case, scientists employed a new method to study the microbes preserved within the ice. This for ultraclean microbial and viral sampling, according to LiveScience.
They used their established techniques to inspect the two ice core samples from the Tibetan glaciers taking great care against contamination. The methods that they used ensured that although the exteriors were contaminated the cores of the samples were still in an untouched condition.
These ice cores providing a window back through time, the gases and other elements trapped in the ice could be used to learn about many environmental factors and changes along with biological material captured, biological material like the viruses.
The team gradually removed the outer layers of ice using various methods this granting them access to the samples contained.
Working In a cold room which was kept at a crisp -5°C, researchers used a sterilized band saw to cut a layer of the ice, this then followed by pouring ethanol over the cores  to melt another layer and then a wash with sterilized water to remove yet another layer.
Working through these layers removed a total of 1.5 centimeters of ice and revealed the uncontaminated layer beneath. This is where the researchers found 33 groups of virus genera of which, 28 were previously not known to researchers.
The microbes which were found in each ice core differed indicating that they were stored at different periods of time with differing climate conditions.
These microbes were extracted in controlled conditions, but there is a real possibility that climate warming could melt ice and release a virus that has been safely locked away for millennia.
In a worst-case scenario, this ice melt could let loose a harmful pathogen into today’s warm environment.
These Viruses although dangerous, causing both harm and death, are an important part of the ecosystem on the planet and even drive evolution.
In a recent research program scientist applied data analysis to viruses and mapped their effect on the evolution of humans and other mammals. They uncovered that around 30 percent of protein adaptations in humans are different from chimps and this is down to the different viruses that infect each species.
The study's first author David Enard, Ph.D., a postdoctoral fellow at Stanford University said
"When you have a pandemic or an epidemic at some point in evolution, the population that is targeted by the virus either adapts, or goes extinct. We knew that, but what really surprised us is the strength and clarity of the pattern we found, this is the first time that viruses have been shown to have such a strong impact on adaptation."
Proteins carrying out a range of functions that help keep cells working properly. The research also revealed how the small changes in protein shape have helped mammals and human evolve responses to viral threats.
Doctors Dmitri Petrov and Michelle and Kevin Douglas added
"We're learning which parts of the cell have been used to fight viruses in the past, presumably without detrimental effects on the organism that should give us an insight on the pressure points and help us find proteins to investigate for new therapies."
Could this help us today with the fight against covid 19
Results of testing shone a light on cell adaptation and the frequency at which it occurs.

"We're all interested in how it is that we and other organisms have evolved, and in the pressures that made us what we are,"
Said Dr. Petrov.
"The discovery that this constant battle with viruses has shaped us in every aspect—not just the few proteins that fight infections, but everything—is profound. All organisms have been living with viruses for billions of years; this work shows that those interactions have affected every part of the cell."
When a virus invades a host it begins to replicate and spread, the rate at which it replicates varies from virus to virus. The attack from the virus forces cells to change and adapt this battle with in our bodies drives evolution, some would say faster than outside influences like the environment or predation. Although the former rarely applies to us today.
The team has moved on with their research and are now digging deep into past viral epidemics, they are on the hunt for clues and cures for today’s viral infections.
They fight the constant war with viruses—and research the ways we might win over a new or reemerging viral plague.
If we think of this research as a war, then some would say that these viruses are actually an invading alien army.
There is the idea that viruses come from the stars. I have looked at in the video linked above, the idea is part of the field of astrobiology, but should we have researchers dedicated to the field of astrovirology?
According to an article published in the February 2018 issue of Astrobiology, Scientist argued that it's time for astronomers to broaden the search for life in space to include viruses.
Experts have said;
“More than a century has passed since the discovery of the first viruses, entering the second century of virology, we can finally start focusing beyond our own planet.”
There are 10 to 100 times more viruses on Earth than there are of any other cellular organism, this could also hold true for other planets and moons in our universe.
Furthermore, many researchers suspect that viruses played a major role in the creation of life. According to a report from the American Academy of Microbiology, “Without viruses, life on Earth would be very different, or perhaps there would be no life at all.”
“In a published scientific paper  it was written “That the hope is to inspire integration of virus research into astrobiology and also point out pressing unanswered questions in astrovirology, particularly regarding the detection of virus biosignatures and whether viruses could be spread extraterrestrially.”
This could also bring us back to the finding of cures and our evolution could viruses we find in space offer us cures to viruses her on our planet, or could they be the source of another pandemic.
One thing is true and that is if we are not looking we won’t find anything

So what do you think?
Are we facing a global killer or is this hyped situation being taken advantage of by governments around the planet?
Let me know what you think in the comments below.