Sea serpents, lake monsters and other aquatic cryptids are creatures that often earn a spot here on the channel. This past month has seen a rash of stories about strange animals washing up on beaches and being seen by confused witnesses.
Is there a reason behind the increase, is what beachcombers are finding, really cryptozoological specimens.
Just which cryptids are said to have been found? 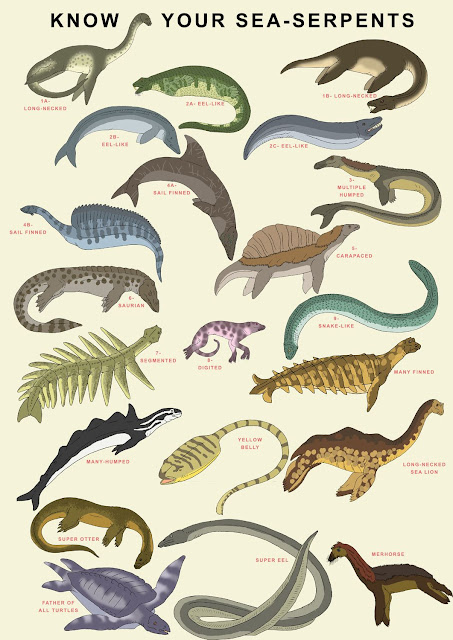 The first report comes from Argentina and is from a lake where an unfortunate British tourist lost his life.
The lake monster is known as Nahuelito
and is said to be an animal which many compare to the legend that is Nessie, described as a giant serpent or a huge hump backed water dwelling creature, as well as the old analogy of a plesiosaur. Nahuelito has been shown through photos captured of a hump, or a serpentine body breaking the surface of the water.
Could the tourist’s death be linked to the animal?
A recent video came to light showing the moment a gigantic creature in Nahuel Huapi(narwell huwhalhapi) Lake surfaced and had many asking what it was and if was dangerous.
Many were concerned and pointed to the story of a British tourist who was trying to cross Nahuel Huapi Lake in a kayak when he got into trouble.
The body of the 34-year-old man was discovered some 20 miles away from where he was last seen. Local authorities had reportedly closed the lake because of weather conditions. These bad conditions being the official reason to the man’s drowning but could he have had a run in one with the cryptid. It reminds me of the case I reported on the US, when a  group went diving on a wreck in bad weather and saw a creature that is said to be extinct, more on that linked above.
In The footage a snake-like creature is seen and this has led to the inevitable comparisons with the Loch Ness monster.
Witnesses were stunned by their spotting of the creature, which still remains unidentified, many pointed out, how what was seen in the Argentinian lake was a lot like what was seen back In September 2019 in China.
The Chinese river creature was caught on camera three times in a single week, seen moving up the Yangtze River. People saw a small animal about a metre-long and black in coloration slithering its way through the waters of the river Yangtze.
The creatures in both videos are very long and dark, and have drawn conclusions that they could be the same type of animal and that possibly it was the same beastie as is seen in the loch ness, Loch ness being the location near to where the remains of another animal washed up but more on that later.
As for the Chinese lake monster it ended up being a large section of rubber sheet, sadly not a new aquatic species.
Now let’s look at a Mysterious eyeless creature which washed up on the beach from 'Monkey Island'
Local lady Erika Constantine, 25, was out walking with her dog in the area of Melton Peter Demetre Park, very close to the US city of Charleston, South Carolina.
During her walk she and her canine companion stumbled the remains of a strange creature she took a few photos of it posting them online and starting a furious debate as to what she had found.
The aquatic beast had no eyes, large sharp teeth and a body shape that can only be described as very odd and around the size of a small dog.
The Photos taken by Erika Constantine show an animal that has been almost reduced to bone, speaking about her find the women said
“I take my dog, River, there very frequently, we were just strolling and she went up to it.
I saw her picking at something with her nose and that’s what made me walk over there because she only does that if something is dead, or if something interesting to her is over there.
“I honestly did not know what it was.
“It was the size of a small dog but the structure of the whole thing suggests it’s definitely not a dog.
“I have lived here for about five years and I have never come across something like this.”

After posting the pictures online she hoped that someone out there in cyberspace could provide an answer to the identity of the animal she had found, it seemed there was no shortage of theories but as yet no definitive answer.
“I thought somebody would be like, ‘oh, it’s like a seal’ and then I would go about my day but it stumped a lot of people,” she said.
“There are so many theories as to what it is – the cops said it was a possum, it’s definitely not a possum. People were saying it’s a dog, people were saying it’s an iguana.
“Somebody said it was a bobcat which was interesting because they do have similar ribcages.”
Reading online comments Some went as far to identify the creature as another cryptid the chupacabra, in a final act of desperation she sent her pictures to a professor at the College of Charleston thinking that they would have the answer to identity of the mystery creature, she is eagerly waiting for their response.
In the meantime Miss Costantine has her own thoughts, she thinks the creature might be from a secret island overrun by monkeys nearly 40 miles away.she explains:
“It’s technically called Morgan Island but its nicknamed Monkey Island, It’s not inhabited by humans, its all monkeys. That’s where all the monkeys that the government tested on live.
“I think one of the monkeys from Monkey Island unfortunately might have got swept up in a current, the rip tide or whatever and then it made its way to Charleston.
“It wouldn’t really be the first time, my friend actually found a monkey fossil on the beach a while back, so I think it just kinda got washed up here
.“Whenever I go to the beach, I always keep my eyes peeled for something cool because you never know what’s going to wash up.”
So this animal was something very different to what was seen in Argentina and china and was not similar to the beast of Scottish folklore.
Speaking of Nessie in another recent story experts said that The creatures behind repeated sightings of the fabled Monster may be giant eels, a large eel species could also match with the two sightings I mentioned but if eels are the answer what could explain the skeletal remains found recently in Scotland that many have said are the bones and decomposing flesh of the monster or an animal of the same species?
Again a Dog walker, it seems walking the dog is a great way to find cryptid specimens, stumbles across what looks like skeletal remains washed up on the shore of Loch Ness.
The remains that were found were a detailed skeletal frame and skull as well as internal organs.
This when a twist to the story is disappointedly introduced!
The remains are believed to be part of a hoax being filmed for an upcoming television series.
The gory carcass appeared to be very real even being cordoned off by police tape.
However the lifelike skeleton frame and organs of the legendary beast, complete with sharp-toothed skull was nothing more than a very good prop.
The images were posted on Facebook by animal charity Help2Rehome Scotland - who asked the public whether they believed the remains were the real deal.
Responses were split between the serious Nessie fans and those who saw it as a bit of fun.
For me its stuff like this that detracts from the field of cryptozoology, when people see stories like this they tend to default to them when more evidence is presented for a mystery animal.
One example could be the very weird creature that was found on a Mexican beach.
A group of beachgoers in Mexico, this time no dogs present or not any we know about, were shocked when they came across the body a bizarre eye-less sea creature.
The cryptid creature was found washed up on the Pacific coast beach of Destiladeras close to the popular tourist destination of Puerto Vallarta.
On first seeing the remains the group believed it to be a dolphin, but this idea was over turned when they got a closer look at the creature. The porpoise looking animal had no eyes, nor any fins, and sported a rather long body a serpentine head filled with needle like teeth.
Many who have seen the animal say that since there are areas off of the coast of Puerto Vallarta that reach depths of around 3,200 feet, perhaps the creature comes from in a part of the ocean that is so dark it didn’t need to evolve any eyes.
Could this be a new eel species that maybe lives in both salt and fresh water and would offer an explanation to some river lake and sea serpent sightings?
As of yet, no marine biology experts have stepped forward to identify the beast and area fishermen say that they've never seen anything like it. As such, the true nature of the creature is unknown at this time.
What do you think these creatures were, do hoaxes like the fake Nessie detract from cases that deserve more serious investigation?
Let me know your thoughts in the comments below.