funding for the research into alien life

Disclosure of the knowledge known by the governments of the world regarding extraterrestrials and contact here on earth is something I always keep a close eye on.
I think 2020 could well be the year that we are told the truth slowly more and more researchers and public organizations are releasing data that is leading to the inevitable conclusion that we are not alone in the universe and that we have been receiving  visitors for a very long time.
The latest story linked to disclosure came from the bbc. They reported that Astronomers want public funds for intelligent life search. 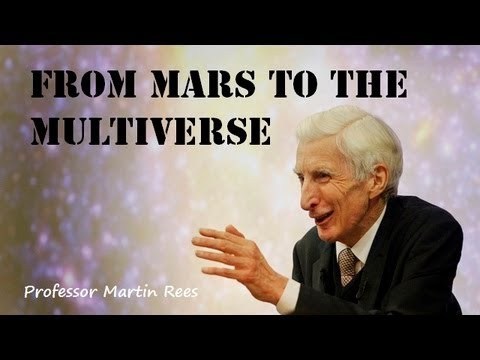 Going public and speaking about the lack of funding for the research into alien life in the universe
The head an American national observatory said that he thinks the search for intelligent life somewhere in the dark depths of the universe needs to be taken more seriously.
Dr Anthony Beasley spoke with the BBC telling reporters that there needs to be greater government support for a field that has been mocked ridiculed and shunned by government research funders.
For decades the government has seen the topic as joke.
Those of us who research the subject know that this is all part of the cover program, mock and belittle those that talk about extraterrestrials to keep the general public less than keen to pursue or ask questions on the subject.
This worked for many, many years but in this modern with the free flow of data thanks to the internet and ever more powerful home computing, home based researchers are making head way and uncovering all sorts of information that is rapidly making any release of information by a government mute.
The government  must also be careful, after all if they admit to keeping the secrets we know they have in regards to this subject then what else are they hiding.
Pick you conspiracy!
Dr Beasley was speaking at the American Association for the Advancement of Science meeting in Seattle.
His backing for the search for extra-terrestrial intelligence (Seti) marks a turnaround in attitudes to the field of ufology, an area that for decades has been considered a fringe science.

The director of the US National Radio Astronomy Observatory in Charlottesville in Virginia told all in attendance that it was now "time for Seti to come in from the cold and be properly integrated to all other areas of astronomy".
In a bold statement the scientist said he would feel more at ease asking for money to research the subject of intelligent alien life than say funding for a new particle accelerator.
Dr Beasley's comments come as one of the private sector funders of Seti research announced that the Very Large Array (VLA) observatory in New Mexico would be joining the effort to detect signs of intelligent life on other worlds.
The VLA is a multi-antenna observatory and home to what is regarded as one of the best-equipped telescopes in the world.
Each of the VLA’s 28 antennas (including the one that is a spare) is an 82-foot dish with 8 receivers stacked inside. The dish moves on an altitude-azimuth mount, what you’ve probably seen as a classic tripod mount: it tilts up and down and spins around.
Its iconic “Y” shape of the VLA is not for looks, it’s for function. The wider an array is, the bigger its eye is, and the more detail it can see out in space. The VLA’s unique shape gives us three nice long arms of nine telescopes each. It also gives us the flexibility of stretching the arms when we need to zoom in for more detail.
The Very Large Array’s versatility, makes it the most widely-used radio telescope in the world. It can map large-scale structure of gas and molecular clouds and pinpoint ejections of plasma from supermassive black holes. It is the world’s first color camera for radio astronomy, thanks to its new suite of receivers and a supercomputer than can process wide fields of spectral data simultaneously.
This making it perfect for the search for extraterrestrials in the furthest regions of space.
According to Dr Andrew Siemion, a man that is leading the way in the Breakthrough Listen science team at the University of California, Berkeley's Seti Research Centre, the using of the VLA would increase the probability of finding intelligent life by "10- or even 100-fold".
He spoke with the BBC
"We are now set for the most comprehensive all-sky survey [for extra-terrestrial intelligence] that has ever been accomplished, We would like to see Seti transformed from a small cabal of scientists and engineers in California, isolated from academia to one that is as much an integral part of astronomy and astrophysics as any other field of inquiry."
Dr Siemion, said that the credibility that the VLA's involvement brings to the field is crucial for mainstream scientist to think of the research as a credible field.
The Breakthrough Listen program is a privately funded project searching for intelligent extra-terrestrial signals in the universe. The 10-year project started in 2016, and received funding from billionaire Yuri Milner, he gave $100m (£77m) to the project.
Professor Lord Rees the UK's Astronomer Royal, is the chair of the organization’s international advisory group.
He also spoke to the BBC.
He spoke on the fact that given that the multi-billion pound Large Hadron Collider had not yet achieved its aim of finding sub-atomic particles beyond the current theory of physics, governments should consider modest funding of a few million pounds for Seti, he said;
"I'd feel far more confident arguing the case for Seti than for a particle accelerator, Seti searches are surely worthwhile, despite the heavy odds against success, because the stakes are so high".
The idea of fun ding serious research into the field of ufology is not a new one Nasa once funded the search for extra-terrestrial intelligence to the tune of $10m a year. But the funding was scrapped in 1993 following the introduction of legislation by Senator Richard Bryan, who believed it to be a waste of money.
Those of a more conspiratorial mind say the project was halted because of what was found, this date being when official contact and government pacts with the newly discovered aliens came to be.
Others say that this is the time the aliens that were found told us to stop, we cannot be a part of the interplanetary community until we solve the many problems we have here on our planet. This in effect quarantining the earth until we get our act together.
Let’s get back to the interview
Professor Lord Rees also said
"This hopefully will be the end to the Martian hunting season at the taxpayer's expense."
It is a hard fact that there has been no real public funding set aside for Seti, this not only in the US but anywhere in the world and since the finding of alien life would be a global change event maybe every government should be at least giving a little.
Astrobiology has been searching for evidence of simple organisms, hunting for the chemical signatures in the atmospheres of other worlds receives, and strangely this project has seen increasing backing.
The continued discovery of many worlds that could host life has seen many respected scientists taking the idea that the search for intelligent life on other worlds needs to be taken more seriously.
Dr Siemion’s closing comments were very interesting
"Ever since human beings have looked up at the night sky and wondered 'is there anyone out there?' We now have the capacity to answer that question, and perhaps to make a discovery that would rank as the most profound scientific discoveries in the history of humanity".
Do you think this project will receive the money that is needed or will it be dismantled by governments wishing to hide what they already know?
Will this be the final large push needed for the world to see full disclosure?
Let me know what you think in the comments below