I have been on a run of UFO related content of late, let’s bring some balance back to the channel with a look at a few more cryptids.
“Ents” are a race of tree beings found in J. R. R. Tolkien's Middle-earth. They are not only from the wild imaginings of the writer they are also found in folklore from around the world, talking trees or sentient tree like humanoids have been a part of many a historic story.
The name “Ent” is derived from the Anglo-Saxon word for giant and even to this day tree like beings are a part of many cultures.
Groot the Extraterrestrial sentient tree-like creature who is a member of the Guardians of the Galaxy being the latest iteration, the character gifted to us by Marvel studios.
So could there be more to this idea of sentient trees?
Are trees living thinking beings? 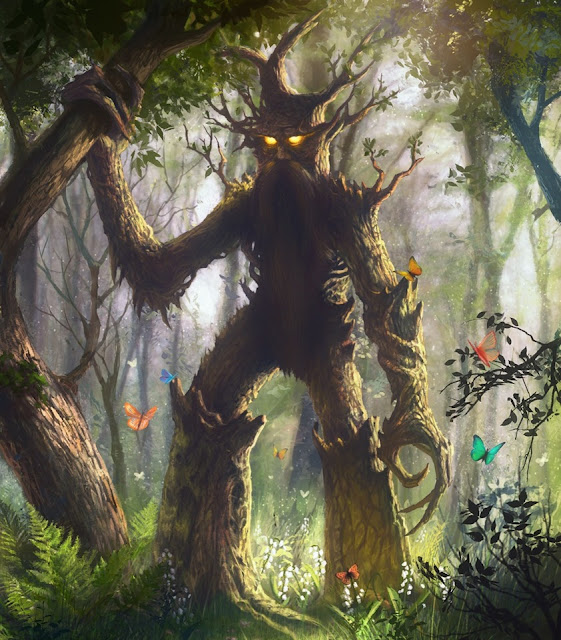 Let’s begin with a brief description of “Ents” Tolkien paints them as guardian like creatures tasked with caring for and protecting the ancient woods and forests of the middle earth, basically a tree with human like features that can walk and talk.
Looking into the legends of these arboricultural beings I came across tales from ancient pagan times, they held beliefs that protective spirits lived within trees.
When you consider that Trees move and make strange sounds in the wind, it’s no wonder to think that that the ancient people who lived close to nature would believe that trees could house their gods and spirits.
Still to this day we knock wood when in need of a little luck.
So what about more modern times are these tree beings still protecting man and tree?
I came across a reddit post on r/Paranormal
Posted by user “TeacherWhatever” he tells a story of a run in with, let’s use Tolkien’s terminology an “Ent”
I quote
“About five or six years ago I was living in Houston with my parents studying for the Bar exam. I would get up every morning around 4am to go run about 5 miles before starting my long days of studying. By the time night rolled around I was exhausted and had no trouble falling or staying asleep.
My bedroom was on the first floor which was just a single room next to the garage. The second floor is where the kitchen, dining room and living room were and the third floor is where the guest bedroom and my parents room were located. My parents rarely came to my room because they knew I was either studying or sleeping.