The Wulver a real cryptid “dogman”

When I think of dogmen two things spring to mind first is my friend and dogman expert Ryan Tremblay, you can catch up on his thoughts and feelings on the excellent venomous fringe podcast linked in the description.
The second is that it is an American phenomena.
This is wrong as doglike humanoids have been seen globally although in some cases they have been given different names.
In this video I will take a look at the reports of upright walking wolves in Scotland and see if we can find some answers.
Let’s take a look. 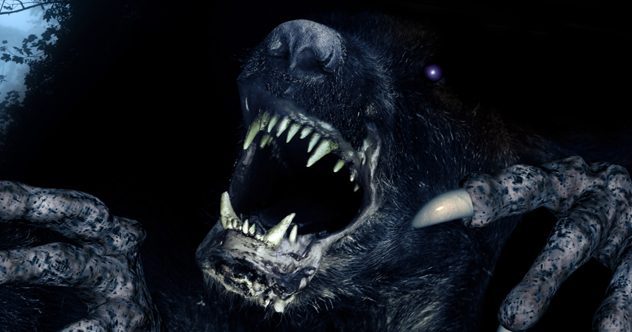 This story is amazing and read like the plot of a Hollywood werewolf movie but Warren stood by the tale saying it was 100% truth.
Could this be the imagines of a young man who had been fed stories of satyrs and werewolves by his grandfather?
Was what looked at him through the window a passing stranger, and in the surprise of hearing noises and seeing something peering through the glass his imagination filled in the blanks?
What about the remains found by the grandfather, were these a hoax created by a man with a passion for fossils and a knowledge of local folklore looking to entertain himself by pranking his grandson?
One thing for sure is that the end of the story and the return of the skeleton to its original resting place, draws upon a common theme in traditional folklore and legend.
Wolfgang Schlick wrote an interesting article on the Wulver and in his conclusion raises some great points.
Schlick writes that he believes the idea of “evolution” from wolf to human that is common to the Wulver shows that wolves, not matter how ferocious they are perceived to be, have several qualities that people find admirable.
Traits of the wolf like their power, and connection with nature, and loyalty that they show in pack instincts are characteristics we as humans would like to possess.
Mankind is after all a social animal like the wolf and we long for connection to other humans, the Wulver is a midway point between animal instinct and human reason.
Schlick also proposes the idea that diseases like hypertrichosis are the cause of some of the highly documented reports of the mysterious animal. In a time of superstition and lack of knowledge someone suffering from this rare disorder may have been forced to the edges of society and became the basis for the legend.
What do think, is the Wulver a real cryptid “dogman” type entity, is it a creature of fantasy used to tell stories on long dark cold Scottish nights or do you know of another explanation?
Let me know in the comment below