As many of you know I live I Thailand and over the couple of years I have been posting videos I have included a few stories from my adopted home.
Today I bring you another, a mysterious figure seen in the northern province of Chang rai.
This Ghostly figure was thought to be some kind of supernatural Scarecrow by the villagers with later analysis claiming that it was an extraterrestrial.
A small, red-eyed, yellowish entity, which they claim was frolicking in the air above the rice fields of the northern villages.
So what was it, has it been again?
Let’s take a look. 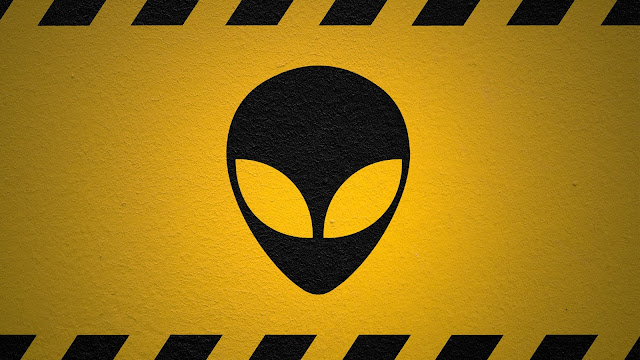 Let’s start out by giving a bit of history on Chang rai, north of the Thai capital of Bangkok the area is known for producing much of Thailand agricultural produce. Popular produce includes coffee, bananas, coconuts, pineapples and of course rice.
It was over these fertile fields that in 2005 a strange humanoid like creature was spotted in the sky.
Thailand is a bit of a hot spot for anomalous flying objects be it the ‘Naga lights’ on the bank of the Mekhong River in Mae sot or the ufo activity over Koa kala mountain, but this incident was a little different.
The witnesses of this odd occurrence said that they saw a Ghostly Scarecrow in Chiang Rai sky!
So what exactly did these farmers see in the red early morning air?
Described as a being that had yellow skin, a big head with bulbous red eyes a tiny mouth large ears and was of a small stature, bizarrely having no visible arms and strange pointed feet. It floated effortlessly over the rice fields and on occasion seemed to make efforts to communicate with the Thai farmers.
Reports of these Sightings detailed what happened and read as follows:
It was a cool morning on August 31st, 2005, the handful of residents of small Thai village Huay Nam Rak spotted a bizarre, yellowish, humanoid figure hovering over a ridge which ran through a rice and lemongrass paddy of local 69 year-old farmer Ti Kitkangbon. The first to witness the strange event come was 51 year-old man Sawaeng Bunratchasak, he made claims that he seen the mysterious being while riding his bicycle past the field between 8 and 8:30 that morning.
Bunratchasak was adamant about what he had seen and with others accusing him of being drunk he insisted that he was completely sober.
The confused man first thought the humanoid was a scarecrow that had somehow been automated, but under further inspection the man could clearly see that it was a living thing.

Bunratchasak said that the moment he realized this thing was some kind of creature it sent chills down his spine. The hovering “scarecrow” nodded its head and stared intensely at him with its large bulbous blood-red eyes.
This is when the 51 year old man had the feeling that it was “asking for help.”
Maybe the “scarecrow” was communicating telepathically?
Bunratchasak was quick to make an exit and left the scene but not before sharing what the story of what he had seen with other villagers.
He described the armless humanoid creature with two small legs, tapered to pointed feet, and yellow colored skin. He claimed that the thing was around 30-inches in height with a big head, with equally large ears, attached to a relatively small body. he told them how it seemed that gravity had no effect on the little yellow entity.
Rather than serving as a warning Bunratchasak’s tale only intrigued the villagers who then wanted to see this thing with their own two eyes.
This is when a Sawaeng Boonyalak and Buapan Lawichai had their encounter with the yellow being, the later claiming that she was the first to spot the humanoid at 6.30 that morning but didn’t inform anyone, something that seems very unlikely to me.
This is when we meet Investigator Kittikasem Ratanakosa, he heard the story through the local village gossip and decided to hunt out an answer for the strange event.
When interviewing people in the area he was told that the villages had seen floating fireballs near the rice paddies the evening before the yellow figure was seen. This lead him to consider a connection could the yellow scarecrow be an alien, could the fireballs have been it arriving in a ship.
Strange orbs are often described at UFO sightings, some evidence even points to corolation between orbs and crop circles.
The man investigated more and thought that he found an answer when he met Tongmuan Pochailoet whom lived in the nearby village of Doi Kam.
The man gave the investigator a story about a discarded helium-filled rubber doll which he had found entangles in the branches of a tree in August of 2005.
Pochailoet tied the greenish-orange doll in front of his home believing it would make for an excellent scarecrow, stopping the birds from feasting on his vegetable garden. He described the doll as being about 3-feet in height with a large head, which had prominent features such as a nose, eyes and mouth although there were no ears, it also had tiny arms and legs.
This doll was said to have been whisked away by a storm which blew through the village a day or so before the sighting of the yellow alien.
Many disagreed that the doll was answer to these sightings.

Now it may think that this sound like a plausible answer to what this thing was but there is a twist to the story. The investigator managed to obtain a photograph of this doll and when it was presented to those that had witnessed the yellow scarecrow they were 100% positive that it was not the same thing which they had seen.
To support this the villages said that what they saw had motion and movement that was in no way the same as the bobbing of a Balloon.
The story grew and with it so did visitors people from all over the country they rushed to get a look at where an alien had visited, the rumors began to grow and in the end the story had morphed to include a crashed alien ship recovered bodies and something that would seem to be a Thai version of Roswell minus the military involvement.
This story is interesting and shares a lot in common with similar creatures spotted all over the globe. The appearance of the creature has me thinking of Hopkinsville Goblins.
If you are unfamiliar the story I will give a brief outline but there is another video in that story, let me know if you would like to see that in the comments below.
We have to go back to 1955 and the rural community of Hopkinsville Kentucky it was an August night when seven children and five adults spotted a saucer flying over there home.  Things quickly escalated when the group claimed “little men” began to surround and climb all over the cabin.
The family were obviously terrified and things would only worsen when these things attempted to gain entry to the home. Two men from the group John Sutton and Billy Ray Taylor claimed they fought off the men with a shotgun and a pistol for several hours before managing to call the police.
This is where the similarities with the Thai case creep in, the little men, were monkey-like, with long arms and webbed hands with talons, large bright offset eyes and pointed ears.
The description sounds similar to the creature which hovered over the Thai rice field.
Looking at the sketch by Evansville Press artist Larry Hill there are features that are alike but also differences. The “Hopkinsville Goblins” as they came to be known were a lot more aggressive and in a group this suggesting differing goals in the contact event.
There have been a number of other events that share commonalities with the Thai case, the alleged alien encounters of Japan’s Kofu Fanged Humanoids, Russia’s Voronezh Aliens and Zimbabwe’s Ariel School Aliens.
Some say that the idea of this being an extraterrestrial is way off the mark and what was seen is more in line with a paranormal event. Thais can be a superstitious bunch and there are many myths and legends of ghosts and spirits which match with the story of the yellow scare crow.
Had you heard of this strange creature, have you been to Chang rai would you like more stories form south East Asia?
Let me know in the comments below