Life can be hard, we all have worries, you could be concerned about a loved one or even yourself. We all ask questions of ourselves “could I do better, should I be doing more, maybe I shouldn’t have made a certain decision”
But what if I was to tell you ‘it doesn’t matter.’
What we do each and every day from the time of our birth to the moment of our death is of no consequence.
What we do is no more significant than you taking your favorite computer character through the trials and tribulations of a game.
Why?
Because it is thought that this life is no different, we are part of a large simulation that we cannot control.
Is this true and if it is who built it?
Let’s take a look
. 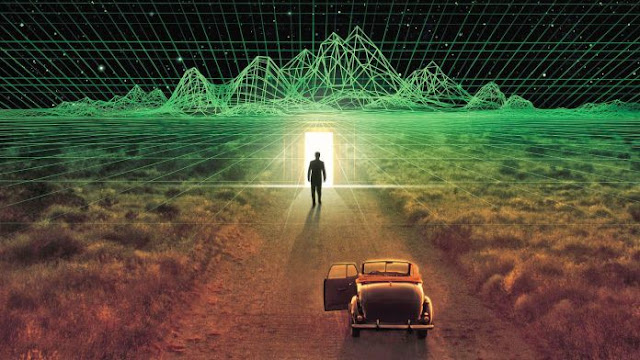 It is an idea that has become common place, after the Matrix trilogy made it popular and with a forth film in the franchise planned it may be time to revisit the theory and ask if this is all a simulation?
I think Just about everybody on this planet has seen the story of Neo. The mild mannered office clerk who leads a double life.
Worker by day hacker by night, he stumbles upon a hidden world known as the matrix and the rest is well a great movie so on the odd chance you haven’t seen it I won’t spoil it.
Julian Keith and Curry Guinn - two University of North Carolina professors asked if this could be a reality and investigated if it was possible that we are all living in some kind of advanced simulation.
And just like the moment of the movie when the character ‘Siphur’ asks if it’s better to live in ignorance or know the truth and with that we do have to ask, if we were living in a simulated reality, would we even be able to tell the difference?
I think back in 99 when the Matrix was first released the idea of a computer simulation being so detailed that it would indistinguishable from the real world seemed like just a fantasy to many.
Today, however, we live in age when computers are almost at the point where the worlds they render are photo real. The in game physics continue to improve and the A.Is which feature in these games become ever more intelligent.
If we follow the linear curve of improvement which these games have advanced along, we can imagine that in a few short years we will be at the point when we may have the option to plug into these game and they will be just like a film.

A name that today has become linked with this idea and many other cutting edge technologies is Elon Musk. He has spoken openly on the idea that it is a real possibility that today we are already living in a simulated universe.
The tech mogul points to evidence outlined by academics such as Professor Guinn.
One idea the professor has which was featured in the film trilogy is that on occasion the program we live has a glitch. These glitches manifesting as paranormal events.
All that is strange in this world could be down to coding errors.
The professor goes on to say
"The laws of physics in our universe seem peculiarly designed with a set of constants that make carbon-based life possible. Where are the edges?"
He goes onto to outline an existence in which we are experiencing different levels of the program at different times.
He says;
“Perhaps in the far future, mankind uses such simulations to experience periods of history or to experience the human condition in a way that is no longer possible at that time.
Alternatively, perhaps like in the movie, it serves a function as some sort of prison for the mind.
It has even been suggested that there could exist simulations within simulations - meaning that when you wake up in one you are actually still in a simulation from higher up the chain of realities.”
So what do we have in the way of evidence for this theory?
Here are some pictures that could prove we are living in a computer rendered world.
In this image we see a bunch of squirrels on a tree, they look like the same image copied multiple times was this rendering error?

Next up a cat looks out on itself, like the black cat of de ja vu in the movie is this a sign that the Code has been hacked?
This one cannot be genuine if it is something very strange is going on look at the lady reading the newspaper …nothing special right? Well check out the newspaper and then let me know what you think.
Again it looks like the graphics are on the fritz and we have a double image with these two guys sat on a metro train be identical!!
There must be something about public transport that makes the Matrix struggle, these next three pictures showing the same people over and over again.
Is this an error or just lazy programming? 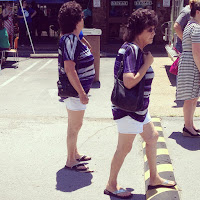 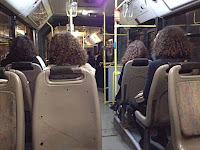 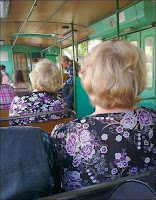 The final picture shows what could only be a gpu crash this daisy is a polygonal mess evoking the video game trope, that there is a tendency for characters' proportions to change considerably between their official artwork and their in-game appearance. 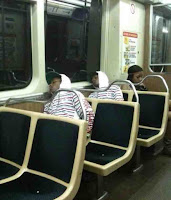 So are we witnessing technical problems with our constructed reality or is it something else?
If we step away from the technological aspect of this idea for just moment, and look at it as a spiritual question.
Many religious leaders, gurus and alternative health practitioners say that we are living in a world that is comparable to the matrix.
They say that we are living in a multidimensional universe of holographic etheric fields — fields upon fields of subtle vibrational forces, particles, and strings. And even if you cannot see the fields, you will sometimes feel and sense things that you can’t always explain.
The human energy field is a holographic system of flowing etheric tubes and geometrical fractal codes — a system of light and geometrical shapes. You are not just your physical body. You are not your mind. You are a multidimensional being of light and vibrations — Energy.
One thing is for sure you could really break your brain thinking about these concepts.

Maybe there is only one question that we should be asking, and that is real or not how we can break free from this programming.
According to Khris Krepcik – the Hooded Sage a well renowned etheric healer and metaphysical teacher 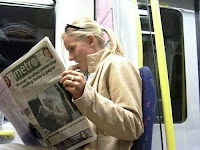 You can escape the Matrix of Control by firstly neutralizing your ego and rigid intellectual opinions.
By neutralizing the inner negativity of the conscious and subconscious human mind. You will be able to transform your attitude and inner feelings which disempower you, then change your focus toward the attitudes and inner feelings that empower you.
It all comes down to your Inner Power and Perception expanding your consciousness and heart into warmth, wisdom, and understanding will see you set free of the Matrix.
Do you believe that we are living in a simulation or that eventually we will reach a point when can create simulated universe?
I guess the last question has to be, would you chose the red pill or the blue pill?

If you are not afraid of agent Smith, Let me know what you think in the comments below.