So it’s that time of year once again, people are busy decorating their trees,  carols float in the air kids are excited about making their lists for Santa.
It is the season to be jolly, but is it also a season for those that are fans of cryptids?
I think very much so, a time when creatures like elves, fairies and maybe even Krampus, Get to run around. Maybe one the most popular animals would not normally be considered a cryptid but with seasonal job to do they do display an ability that would make them cryptids among their own species!
I am of course talking about reindeer not your average type but the ones which pull Santa’s sleigh.
In an obviously Christmas themed fun video let’s take a look and Rudolph Donna and Blitzen and see what makes these caribou cousins so special 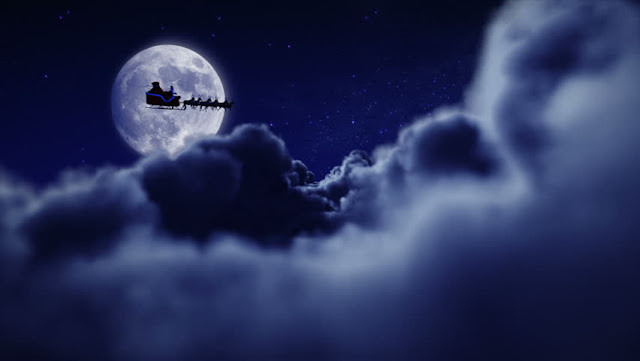 An image that is so heavily engrained in cultures around the globe, Santa riding his sleigh full of gifts that he will deliver to all the children of the world in just one night. Helped by his elves he is tasked with giving every child on his nice list a Christmas present.
How does he make it around the world in just one evening? That’s down to his magical and trusty reindeer.
Before setting off the creatures get a sprinkling of magic dust and up, up and away they go.
Dasher, Dancer, Prancer, Vixen, Comet, Cupid, Donner and Blitzen, and we can’t forget about the most recent addition to the bunch Rudolph.
They may have gotten airborne by the power of magic but it’s the magic of children’s Christmas wishes which keeps them in the air.
But can they really fly?
Here are A few interesting facts about reindeer and their yule tide magical abilities.
Most think of Santa sitting in his worksheet at the North Pole busily overseeing the making of millions of toys and taking care of his antlered companions but reindeer are actually found across wide territory.
Believe it or not, reindeer used to live as far south as Nevada, Tennessee, and Spain. Today, however, their territory is almost exclusively in the far northern regions of the planet.
Most commonly found and thought of as being animals of northern Europe reindeer are migratory animals. There are some that have become domesticated and these animals are an important part of Sami culture. The Sami people coming from Norway, Sweden, Finland and northwest Russia.

The Sami peoples Reindeer don’t fly, but they can run quickly over long distances. 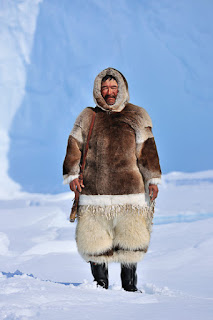 The animals are almost perfectly adapted for their lives in the cold north, they can travel upward of 200 km between seasons as they move from winter grazing grounds to the mountains to calve in the spring. They can also move at quite a speed and cover around 45km a day when they are travelling.
They obviously need a little help from mysterious magical forces to cover the 40,000 + km circumference of the planet multiple times in a single evening.
Maybe they have some time travelling abilities?
Adaptations we know that these animals definitely have are warms coats, they reindeer are able to survive the cold weather thanks to specialized hairs that make up their thick insulating fur.
A reindeer hair is hollow and this allows heat to be trapped between the individual hairs but also inside of them, the hair is dense and thick and creates a layer of warm air around the animal. It is why this super insulating hide is used by the Sami people for their own winter clothing.
Another specialized body part they have are large hooves, they are much bigger than those of say normal deer or moose. These help them to walk and run and snow, they spread the creature’s weight like snow shoes and stop them from sinking deep into the snow.
They have amazing eyes that can change colour with the seasons. The animal’s eyes are yellow or green during the summer months and change to a deep blue during the winter, this change in colour helps them to see in the changing levels of light between summer and winter seasons by allowing more or less sunlight into the pupil of their eye.
They can also see UV light being the only mammals that are capable of seeing in the ultraviolet light spectrum.
Maybe Santa has known this all along, built in night vision could be key factor in his choice of transportation.
But In all seriousness where do flying come from?
The popular image of eight deer pulling Santa through the snow and sky is a recent addition to the Christmas legend of Saint Nicholas.
It was first written about by American poet Clement Clarke Moore in the 1820s. This poem gives us the eight animals we are familiar with Rudolph doesn’t get to join the herd until a century later. Another American writer Robert L. May can be credited with the story of the red nosed buck leading the way through a thick winter fog.
The idea of a single reindeer leading the herd is not far from the truth, when reindeer migrate there is a single animal at the head of the herd. We still haven’t found answer for flight, there are a few theories on where the idea of flying animals came from.
One idea is that the shamans of old drank the animal’s urine this urine having hallucinogenic properties thanks to the deer eating hallucinogenic mushrooms. The shamans chose to drink the urine rather than eat said mushrooms because the reindeer’s bodies would filter the bad compounds allowing for a safer and more potent experience.
It was during this “trip” that the shamans would see the reindeer as flying, or that’s how the theory goes.
It is well documented that mushrooms were used by the shaman but the drinking of reindeer urine is not common or often reported in Sami culture.
Some experts have come out and flatly deny that this is the back story to why we have flying reindeer today, they say that it is nothing more than a customary story. All cultures around the world have an animal that is central to their belief system and very often that animal can fly.
Flight being a quality that is attributed to everything from snakes to elephants why would reindeer be excluded?
The story has grown over the centuries traditionally there were not eight or nine reindeer pulling the sleigh but only one.
The Popular modern poems I mentioned at the start have been capitalized upon over the years to become a huge commercial commodity but there are still some lesser known facts about Santa’s herd.
The names given to each of the deer carrying more meaning than many realize, Rudolph, for example, means “famous wolf” in German.
Six other reindeer, Comet, Cupid, Dancer, Vixen, Dasher and Prancer have remained unchanged since they were first conserved.
The last two, however, were originally called “Dunder” and “Blixem.”  Those less than regal names were set aside for the more familiar “Donner” and “Blitzen.” After being translated from Dutch to German, this meaning “thunder” and “lightning”.
I now have a mental image of Santa dressed as Thor, or Thor dressed as Santa straddling these beasts, and riding them into battle!!!
And on that note I will bring this video to an end!!
So why do we have flying reindeer is it because of hallucinogenic mushrooms or just some creative writing, what do you have planned for this Christmas and would like to see more Christmas themed content this festive season,?
Let me know what you think.