Cryptids from the Bible. The Discovery of a snake with legs?

The bible is ‘to some’ a work fiction for others it’s the word of god. The books of both the old and New Testament are filled with fantastical stories, some say that these tales include aliens, while others find cryptid creatures in the pages of scripture.
The books feature hundreds if not thousands of different types of mammals, birds, reptiles, amphibians, fishes and invertebrates. There are so many that it’s difficult to give an exact number.
This is also hard because there are several words that may be synonyms for a single type of creature.
Other experts have given their opinions on the beasts that appear in the bible, Author Dale Stuckwish grouped the cryptids he found into eight distinct types.
Behemoth, Leviathan, Satyr, Dragon, Unicorn, Beasts and Fiery Flying Serpents.
And talking of serpents a snake with legs like as is mentioned in the bible has just be found in Argentina.
Could there be more biblical cryptids to be found? 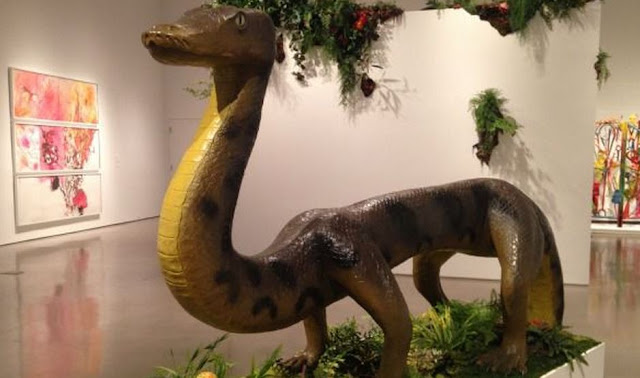 The bible has many animals that are popularly known, this could be the donkey ridden by Christ to the animals of the biblical plagues, but there are way more creatures in the good book than asses, locusts frogs and flies.
We know the story of Noah and how he collected two of every animal on the planet taking them to safety after god sent the great flood. This leaves us wide open to basically all living creatures on the planet.
As the bible says in Genesis 7-9
“Of clean animals and animals that are not clean and birds and everything that creeps on the ground, there went into the ark to Noah by twos, male and female, as God had commanded Noah.”
The flaw in the story is that the book only mentions animals that were native to that region of the world what happened to polar bears or pandas, how about animals from parts of the world yet to be discovered?
Some animals do pop up which are not native to the lands of Noah, but these can be explained away as animals that were taken to the temple of King Solomon as gifts. 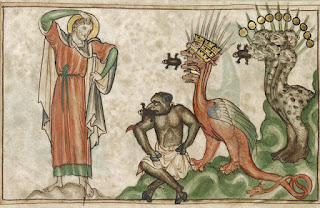 The geographical lands of Israel as well as being home to Noah is also a land bridge this allowing for a mix of many different animal types. To the north you can find many African animals in the south eastern parts the flora and fauna are more European.
Some of the creatures popular in the bible may have been known by those to the North and others not known to those in the south, this may have been a cause of some of the tales of fantastical beasts, with each group talking, describing or seeing an animal that they were unfamiliar with.
They are however, animals in the bible that do not fit with animals identifiable to today’s biologists.
This is an area that has been the focus of cryptid researcher Dale Stuckwish. He wrote and published an interesting book which looks at the cryptozoology in the bible.
In his book Dale makes mention of the behemoth, leviathan, and fiery flying serpents. He draws the obvious parallel with dinosaurs and as I have looked at before, there are many reports of living dinosaurs from all over the planet. There are also more fantastical animals such as unicorns and humanoid type entities.
Satyrs appear often in biblical text, the human goat combination most famously becoming the standard image for Satan. Dale says that more commonly discussed cryptids are also featured in the bible, animals like Bigfoot and Sasquatch.
The bible also features serpents, the original sin being down to one of these slithering reptiles.
God punished Man and Woman as most know but he also punished the snake.
Genesis 3:14–19 14 Then Jehovah God said to the serpent: “Because you have done this, you are the cursed one out of all the domestic animals and out of all the wild animals of the field. On your belly you will go, and you will eat dust all the days of your life.”
So this may give us an indication that serpents of the biblical times had legs, this is an issue because if they were a land animal it most likely moved using appendages because if they slithered already, what was the point of the curse?
We may have just stumbled upon the answer with the recent discovery of a snake that did have legs!
The specimens of ancient snake or Najash rionegrina to give them their scientific classification were found at the La Buitrera Palaeontological Area in northern Patagonia, Argentina.
These creatures dating back some 70 million years, the recent finding of a preserved skull gave researchers much more insight into the mysterious ancient species.
The evolution of the modern snake body has long captivated biologist, especially herpetologist. The snakes is one of the most dramatic examples of a vertebrate body’s ability to adapt.
For years the research has been stifled by a limited fossil record, this obscuring our understanding of the snakes early evolution.
Flinders University have been studying the skull and have found many interesting and before unknown evolution characteristics for these snakes with legs.
A Doctor Alessandro Palci spoke about the find saying;
“Snakes are famously legless, but then so are many lizards,” What truly sets snakes apart is their highly mobile skull, which allows them to swallow large prey items. For a long time we have been lacking detailed information about the transition from the relatively rigid skull of a lizard to the super flexible skull of snakes. Our findings support the idea that the ancestors of modern snakes were big-bodied and big-mouthed — instead of small burrowing forms as previously thought,”
Excitedly talking about the discovery he continued;
“Najash has the most complete, three-dimensionally preserved skull of any ancient snake, and this is providing an amazing amount of new information on how the head of snakes evolved. It has some, but not all of the flexible joints found in the skull of modern snakes. Its middle ear is intermediate between that of lizards and living snakes, and unlike all living snakes it retains a well-developed cheekbone, which again is reminiscent of that of lizards.”
Dr. Alessandro concluded his thoughts by saying
“Najash shows how snakes evolved from lizards in incremental evolutionary steps, just like Darwin predicted”
So what other creatures of the bible may pop up in the fossil in the future, what creature would you most like to see found?
Let me know in the comments below.

Email ThisBlogThis!Share to TwitterShare to FacebookShare to Pinterest
Labels: Chupacabra., Cryptid, cryptid creatures, Cryptids from the Bible. The Discovery of a snake with legs?, Cryptozoology, Cryptozoology. Pterodactyls still living today