Many countries that make up the Asian continent are filled with a wealth of bizarre stories, these stories filled with magical and mystical animals, some we are familiar with like dragons, giants’ mermaids but there are others that you may not know.
These creatures can be divided into groups, and the group I want to look at today are the human-like beasts that are said to stalk the jungles and forests of the East.
Let’s begin with human-like flying beings that appear heavily in legend, creatures like the Garuda and other winged humanoids.
So what, where, and when are people seeing? 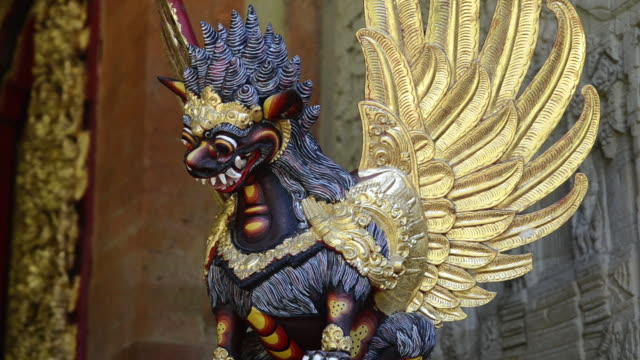 The great website Cryptozoology News detailed a group of appearances by the creatures back in 2015 when witnesses from Malaysia to Singapore reported seeing what is known as the Kinnari, the Kinnari   are written about through most of southeast Asia and are one of the most beloved mythological characters found in Asian legend, they have featured in movies and even appeared in video games.
They are said to be a benevolent half-human, half-bird creature.
One such creature was spotted by a young news reporter in Malaysia, the story goes;
A 27-year-old witness made claim to have seen a similar animal when she was visiting an abandoned house on the outskirts of Kuala Lumpur, Malaysia. The young women who was a local journalist was on assignment researching alleged paranormal activity and hauntings at the location which she would then write about for a local magazine.
The reporter went on describe how she was searching the abandon house, making her way through the winding dark cobwebbed filled corridors of the old spooky property. This is when she heard a strange sound, a sound she said sounded like a rustling.
This noise emanating from behind a closed door leading into a thought to be empty room!
She cautiously opened the old door, as it creaked open the women was shocked to see two glowing red eyes peering at here through the darkness of the old dank room. Suddenly the thing began to move it stood revealing a man-like silhouette that she said was covered with leathery skin and stood at height she estimated to be about 10-foot tall , it then extended two large, bat-like wings let out a terrifying otherworldly screeching cry.
The scared women dropped the torch she was holding, as it hit the floor it spun around illuminating the creature then settling and plunging the part of the room where the beast was back into darkness. The frightened reporter watched as the glowing red eyes scanned the room, then with a huge rush of wind and loud swoosh, the cryptid took to the air and disappeared leaving no trace except for the stench of rotting meat.
In the aftermath of this event the women would tell that the creature had enormous wings, like those of a bat, only much, much larger. It was extremely thin and sinewy and its eyes were human-shaped, but glowed red in the dim light.
This description remind me of the bat-like creatures that were worshipped as gods in south America if you would like to know more on that then click the link above.
This encounter was not an isolated incident around the same time a similar flying cryptid was being seen in Singapore.
A reliable witness came forward with a remarkable story, school teacher Fergus Thomas, said how in august of 2015 while out walking his dog, he too being near an abandoned building saw something that he could not explain. Hanging from the frame of a door in the old building was a “winged humanoid,” the startled man estimated it to be smaller than the Malaysian creature at approximately 6-feet height.
The man and dog both froze in their tracks, being paralyzed by fear.
What the teacher saw matches closely with the sighting made by the reporter an animal that had wings wrapped around its body in the same way as a sleeping bat. It was black in colour with a human-like head said to be slightly more rounded and covered in hair.
Luckily for the pair unlike in the Malaysian encounter the winged creature did not spot them and they managed to slip away leaving the “thing” sleeping in the doorway of the derelict structure.
The witnesses do not stop there, another person stepped forwarded with a report of the same creature this time a 19-year old university student named Mildred Wan. Her sighting in an area known as Changi, if that sounds familiar it maybe because I just talked about the old hospital in my Halloween video linked above. 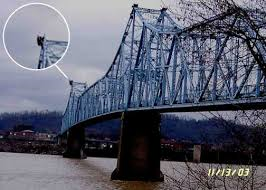