The most haunted locations

Halloween is upon us again. It’s one of my favorite times of year, the change in the weather, and the telling of spooky stories really is a great combination.
The most enduring aspects of cultural similarity found throughout the world involves the supernatural.
No matter where you go across the planet, you will hear various legends and ghost stories
I have a put together a list of some of the most haunted locations in the world to put ‘you’ in a Halloween mood, maybe if you live near one of these places you could pay it a visit on all hallows eve.
So let’s not waste any more time.

Ghosts, poltergeist, spirits, and demons all get to come out and play on Halloween night. So how about if you want to join them in their games, where would be a good place to visit so you can get your Halloween dose of paranormal fun?
The first location is notorious and from my home country “The Tower of London” found in London England is a hotbed FOR the supernatural.
Some consider the tower to be one of the most terrifying places on the globe.
Dating back to 1078, this fortress/royal palace come castle has had centuries to build a reputation for paranormal activity.  Famous ghosts are regularly seen these include the headless ghost of Anne Boleyn, along with Lady Jane Grey and the two princes believed to have been murdered by their uncle, Richard III, in 1483.
The first spooky sighting of a spirit in the Tower of London was during the time of Henry III, this is when a group of workmen were constructing the Inner Castle Wall.
The very angry ghost of St. Thomas Beckett, the murdered Archbishop of Canterbury, suddenly appeared and smashed the new wall with his cross and reduced it to a heap of rubble.
King Henry III was very concerned by this apparition, as St. Thomas had been murdered by followers of his grandfather King Henry II.
After pondering on how best to appease the angry ghost, he decided to build a chapel to St. Thomas a Beckett within the walls of the Tower of London, and luckily the archbishop’s angry ghost has never been seen again. 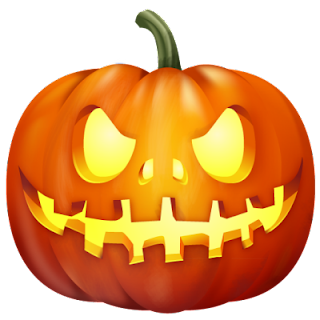 The Bloody Tower is where the phantoms of the two unfortunate little Princes haunt. On the death of their father, King Edward IV, the boys were sent to the Tower to await the coronation of the eldest boy as King Edward V.
A coronation that would never happen.
During their stay at the Tower of London, their uncle, Richard III, seized the crown of England and the two boys mysteriously disappeared.
After the disappearance rumors began to circulate about the fate of the princes an answer came in 1674 when two skeletons were discovered in the White Tower, they were believed to be the bones of the two murdered children.
Tradition has it that, in the rooms where they lived in the Bloody Tower, the ghosts of two young boys in white nightgowns are seen crying and holding onto each other in fright.
For the next story let’s take a trip across the pond to a bar where the spirits are not only drank they also scare the patrons of the old saloon.
The White Eagle Saloon in Portland Oregon in the U.S , sightings of multiple phantoms are common, from a call girl named Rose to the souls of innocent people kidnapped via Portland’s infamous Shanghai tunnels these spirits being kept entertained in the afterlife by the ghost of a bartender, named Sam Warrick, Sam worked the bar in the pre-prohibition era.
It is said that his soul lingers and causes mischief through the bar.
Originally a saloon established in 1905 on the location of an earlier 1880s wooded framed building.
The simple brick two-story structure was completed in 1914, it replacing the old commercial building.
Barney Soboleski and William Hryszko, who were Polish immigrants, established the new business.
Ran as a brothel where white women worked the main bar and upstairs while the basement was a filled with African and Chinese women, one unfortunate girl worked the brothel she was known as Rose.
Rose was well-known throughout the brothels as she was considered to be the sole property of the owner of the brothel. There was one customer however who fell deeply in love with Rose and begged her to leave her world of abuse and run away with him.
Rose being far too frightened of her owner refused to leave.
The man in his anger upon hearing his murdered the poor girl
From that time on Roses restless spirit wandered around the upstairs levels of the brothel. Some guests while staying there have claimed that they have been approached by Rose during their stay and that she has propositioned them while there.
The final spooky tale I have you comes from Asia a hospital with a history of Horror.
Old Changi Hospital, Changi, Singapore.
With its peeling white walls and foreboding architecture, the abandoned Old Changi Hospital looks very much like the setting of a horror movie.
Old Changi Hospital was built in 1935 as a British RAF barracks and hospital when Singapore was still a part of the English Crown. Like many structures in Singapore this building is haunted as the result of how it was used during the Second World War. In the early 1940s the Brits were preparing to use Singapore as a naval base when the Japanese attacked in 1942 and took control of the country. 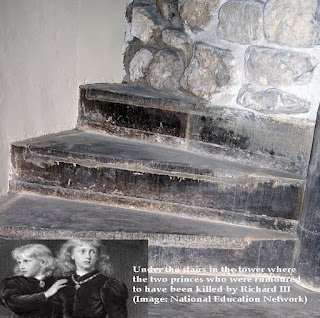 The Japanese used Changi Hospital as a prison camp for the British and their allies.
Conditions were terrible disease ran unchecked and starvation and mistreatment and torture were the norm.
After the war the building returned to its original purpose being ran as a hospital until 1997, when it was replaced by the Changi general hospital. It has stood as a reminder of Singapore’s past ever since, slowly becoming more and more derelict.
The building is infamous and has been featured in many documentaries blogs and even a movie, the ghosts of Japanese soldiers and the prisoners walking the abandoned corridors.
Strange noises bangs clattering and screams are all reported this along with customary cold spots and feelings of unease.
This making it a perfect place for a visit this Halloween.
Will you be visiting any of these haunted locations this Hallows eve or do you have a place local to you that you will be going to?
If you have a haunted location or a good ghost story please share it in the comments let’s see who can post the most spooky tale, have a spooktacular Halloween stay safe have fun and I will see you again after the souls of the departed have returned to their eternal rest.