Missing 411: Unexplained Disappearances in the Wilderness

It’s a sad fact that sometimes people just vanish. The causes for their disappearance and the methods of their vanishing are many but there has been a widely covered group of vanishings that have captured headlines becoming known as the “missing 411”
These people came from all walks of life the commonality they share is that they all went missing after venturing out into the wilderness of North America. This then leading to the perplexing mystery of the many hundreds of thousands of Missing 411 cases.
Could this phenomena be global, could a series of strange disappearances on the opposite side of the world offer up some more clues?
Are there links between the “missing 411” in the USA and Australia’s Black Mountain vanishings?

Let’s begin by explaining the name, many get confused and think that it is the number of people whom have vanished, it is not. It actually refers to an inconspicuous computer term.
411 being the error code that is thrown when a pc cannot locate data, a metaphor that works for the thousands of disappeared people its referring to.
We are all well aware that in a world as hectic as todays it not uncommon to lose touch with people, even as social media continually creeps into all aspects of our lives we still lose contact with family friends and loved ones. In the United States some 90,000 people are reported missing each and every year a staggering number. With figures this high it is virtually impossible for the authorities to investigate each and every case. One man however has stepped up to the plate. A veteran police officer with over 20 years’ experience began looking into some of these disappearances and he uncover some strange patterns and events.
David Paulides discovered that many people vanished while out hiking and yes Mother Nature can be cruel but with the number David uncovered something more than misadventure had or has to be occurring. Many of those that vanished were also accomplished outdoors people making it even stranger that something should happen to them.
The investigator does not hazard a guess as to what has happened to these people instead he hunts the truth, compiling data and evidence in the hope of finding an answer to some if not all of the cases he takes on. 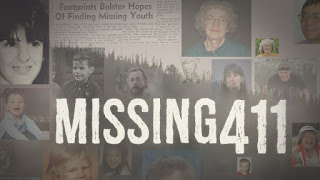 During his investigation he has found that are hotspots for the disappearance of people, concentrations or clusters of reports that seem to share little in common.
This is the mystery that has led many to craft their own theories on what has happened to the people disappeared from the face of earth and became part of the 411.
The ideas stretch from the plausible to the absurd, some say that it is a series of abductions being carried out by evil extraterrestrials, taking these people to experiment on or even eat!
The wilderness being the host to many dangerous animals has other saying that these unfortunate people became the lunch of a mountain or bear some even ask if Bigfoot is responsible.
Darker theories have also been proposed, these making mention of active serial killers or even cults snatching people away to be used in rituals. Those who are more into government conspiracy claim that these people are being taken by secret government agencies to be used as test subjects in projects they compare to the likes of MK – ULTRA!
David Paulides says that a lot of these vanishing occur near rocky terrain or streams and rivers and that this could explain the lack of a body if someone had, had an accident.
But with very little evidence to go on we are still left asking, what happened to these people?
Could we find an answer or more questions with a number of disappearances reported in Australia?
Is there a relationship between these disappearances and older case, famous cases like from Australia?
Like what was reported to have happened in Queensland Australia?
In the back country of Australia is an out crop of boulders which were formed from magma some 250 million years ago. This ashen rocks are known as the Black Mountain or maybe more ominously called The Mountain of Death. The Kuku Nyungkal people of the region have long shunned the mountain, calling it Kalkajaka, meaning “the place of the spear”.
The location is home to labyrinthine cave systems, these caves being the site of many haunting local legends. The aboriginal people of the area avoid the rocks and caves at all costs and through most of recorded they have been the location of strange stories. Old tales of monsters and demons living in the caves to more modern reports of UFOs and extraterrestrials being seem amongst the rocks.
The caves are said to whistle cry and wail they sing a song that beckons men to their doom!!
Many have been reported as going missing in the area of the black mountain and this is where we may get some insight into what is happening with the American missing 411.
Over the years a collection of tales has grown up around the rocks. One such story coming from the indigenous people of the area. They tell a story of cannibal witch doctor that called the caves home.
The people were so fearful of the man that they would appease him by leaving the old and sick at the foot of the rocks for him to consume and this is just the beginning. Locals warn people away from the area with them claiming that there is something there which makes electronic and mechanical devices stop working. The effect being so strong that pilots have been cautioned about flying over the rock formation for fear they will crash.
The Black Mountain is said to have cavernous underground chambers that are a source of some unknown type of power, this mysterious energy is said to be generated by an underground alien base.
These subterranean extraterrestrial are said to be reptilian and kidnap unsuspecting people who have wondered into their domain. The rocks themselves are said to be an artificial structure built by these aliens, while others say that it is the work of an extremely ancient civilization.
We know that across the US there are many locations that are said to be the location of underground bases some alien, some human, others a combined effort, could this be why so many are disappearing?
Could it be like the stories from Black Mountain?
Disappearances were first recorded by westerners in 1877 when a colonialist courier went out on horseback looking for a lost calf. The fate of the calf also befell the man as he and his were never seen again, stranger stories followed with a band of outlaws attempting to take refuge in the rocky region vanished, with this and other people turning up missing in the area the reputation of black mountain grew with the western settlers, maybe they should have heeded the aboriginal warnings to stay away!
Moving forward in time to 2001 two men unwisely chose to camp near Black Mountain, during the night an eerie silence fell over the bush. This in itself being unusual, the men were awoken by the sounds of rocks tumbling this then gave way to the noise of firm footstep on the cold night ground.
The men sprung form the tent, they hoped to surprise what they assumed was an approaching man. They were stunned when they a large black figure standing in front them, as their eyes focused to the nights light the apparition dissolved into thin air!!
As I think anyone would, they hurriedly packed up and made b route straight for home.
So are places like Black Mountain and Yosemite Park hotspots for the paranormal or the location of underground alien bases?
Are the people that disappear being abducted by strange forces?
Let me know what you think in the comments below.