How ET is travelling the universe today!?

Traveling space has always been a difficult task the distances between planets let alone solar systems and galaxies is mind boggling.
Science fiction makes things look easy with the use of warp drives, hyper jumps and worm holes. These ideas are a topic that I have looked at before, there has been much speculation on the idea that there is a way to travel the vast distance of space with relative ease.
Wormholes or star-gates are something that has long been discussed by ufologist, now it would seem that there is mainstream science to back these ideas up.
Recent headlines said there’s Growing Evidence That the Universe Is Connected by Giant Structures.

It is something any movie goer has seen a number times, the crew of a spacecraft needs to reach another universe planet or region of space. They strap in punch in some coordinates and “voila” they shoot through some tunnel like structure and arrive at a destination millions of light years from their departure point. 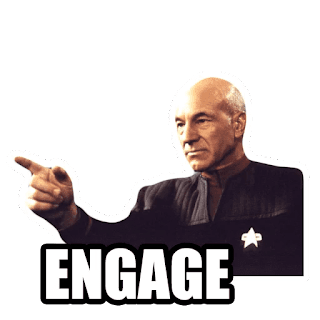 This being a plot device to negate the problems of time and distance when traveling space for real.
But what was fantasy may now be reality as recent discoveries have found that galaxies can move with each other across huge distances, and against the predictions of basic cosmological models. The reason why may just make us rethink everything that we think science knows about the universe.
The universe is filled with many mysteries it’s a stunning kaleidoscope of patterns, patterns which science studies. These stars nebulas and clusters continually reveal secrets about how they move in unexplainable patterns.
Galaxies have a tendency to form clusters which are bound by gravity, these then continue to bind together until they become a larger superclusters.
Earth is part of a cluster that we have named the Milky Way, in turn this is part of the Virgo supercluster that contains over a 1,000 galaxies. These masses continually change morphing into different shapes merging with one another and some are even pulled between competing galaxies.
The movement indicating that there is possibly some massive unseen force at work.
Commonly galaxies do have an effect on each other exerting gravitational pull which moves them in a manner that is predicable, what scientist have found is that there are exceptions to this and they are theorizing that this could be down to the influence of “large-scale structures”.
These “large-scale structures” are comprised of hydrogen gas and dark matter and they form a pattern of strings, sheets, filaments, and knots that link galaxies, imagine a giant cosmic web which connects all parts of the universe.
If you have seen the recent movie into the Spider verse you will have some idea of what they mean.
This web carries with it huge implications for the way in which we think the universe works, the movement of galaxies and working down to planets and suns and basically every astronomical body has massive consequence on the habitability of a world and the possibility for life to evolve.
So what makes these clusters move in the way they do and why are the newly discovered structures a problem for the current gravity based theories?
Firstly it goes against the current thoughts that galaxies follow a fixed uniform pattern, this meaning that many of the patterns that have been shown and the explanations as to why a galaxy follows a said pattern will need to be reexamined.
The impact of the large structures will need to be added to the mix and they could really change the accepted cosmic model. Science needs to gather much more data on the structures so they can calculate this effect one man working on this is scientists named Hutsemékers.
When asked about the discovery of this connecting web he said
“One of the great things about science is that you can have a model built with thousands of pieces of data but if one thing doesn’t stick it starts to crack. That crack either has to be sealed or it’s going to bring the whole house down.”
This new discovery will really shake the established ideas up, established ideas on the universe like the most important of events “the big bang” will need to be reworked.
Why did I find this so interesting?
Well for one space just fascinates me and in the words of one my all-time favorite shows it’s “the final frontier”
It can also help us to understand, link ideas and theories on the existence of extraterrestrial life somewhere out there in the deepest darkest depths of space.
If we have discovered the web which connects the universe could an advance alien race also have learned about it and could this be how ET is travelling the universe today?
One thing that many skeptics point to as a way of disproving extraterrestrial visitation on the planet is that the vastness of space prevents any species travelling between worlds. So how about if an advanced alien race had found way to utilize this cosmic web.
Coming full circle to the start of this story, would they have some kind of drive or engine or tech that could allow access to the structure and then travel between galaxies?
A tunnel like short cut or a “wormhole” if you will.
Let me know what you think in the comments below.