Cryptid time once again here on the channel and this time I have a creature that may make your skin crawl.
Insects and arachnids are a fear of many and yes some of them can be dangerous, from the sting of a bee to the venomous bite of the black widow, we do have to be careful but thankfully these bugs are small and a rolled up newspaper or a boot can easily take care of the problem.
But what about if these creepy crawlers were a little a bigger the boot may just be on the other foot.
Could there be bugs out there that are not only bigger than what we are used to but are as large as a fully grown adult?
Let’s take a look 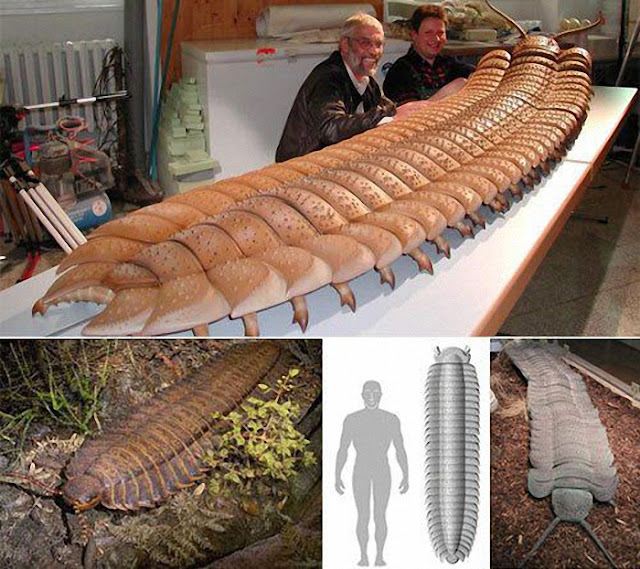 Insect’s arachnids and Myriapods are some of the most successful creatures on this planet they have walked crawled and flown for more than 479 million years.
They originated during the Early Ordovician Period, and that their appearance took place along sides the Earth's first land plants. The diversification of insects played a significant role in shaping the planet's first terrestrial ecosystems and to this day they play an important role in almost every ecosystem.
It is said that without them the planet would spiral into mass extinction and possibly see the extinction of all land based life.
These billions of species maybe be vital to the planet but most are not well liked, not many people can look at a cockroach and be overcome with that warm fuzzy feeling that you get when you see a puppy.
Most recoil in disgust and fear, but imagine if that cockroach was the size of that cute puppy or even bigger.
Giant insects have roamed the earth and according to some witnesses still do.
Creatures like the massive millipede known as Arthropluera, this huge multi legged monster walked the earth round 315 to 299 million years ago. At sizes ranging from twelve inches to giants that were eight and a half feet long. The Arthropluera lived in the Carboniferous period and was the largest known land invertebrate to have ever roamed planet Earth. 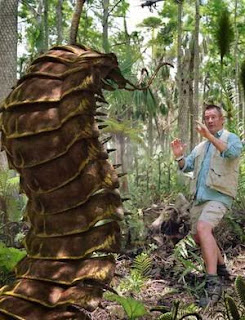