It's Halloween time once again, it’s time to hunt out a spooky story and while there are plenty of weird and haunted places we are going to focus on Upstate New York, and one mystery that trumps them all and it’s a story you may not know. Indian Lake is a town in Hamilton County, New York, United States. The name of the town is taken from the lake which is largely inside the town.
It is also the title of a blog.
The Indian Lake Project blog cryptically details the authors ongoing search for information about what he believes was a MKULTRA-like government-sponsored mind control program conducted on children in the woods around Indian Lake, New York in the early 1950s.
So is The Indian Lake Project: Fact or Fiction?

There have been many Government secret projects that for years were rumor, classed as conspiracy theories and those that spoke of them were ridiculed or if they knew more than they should disappeared
The CIA’s illegal MKUltra mind-control experiments infamously used drugs, hypnosis and electronic devices to control the minds of subjects, the facts of the long secret project being  revealed in sensational documents officials hid for decades which came to be public knowledge.
The records “rewrite the history” of the CIA’s covert and illegal MKUltra project, researcher John Greenewald Jr who spent almost 20 years trying to obtain the documents to prove the stories that were told in hushed rooms and whispered in the corridors of government buildings were indeed fact.
The documents he found, were released under the Freedom of Information Act, and revealed how the CIA experimented on both humans and animals using drugs, hypnosis and electronic devices as part of the top secret - and illegal - mind control project, the MKUltra program, that for so many years was said to be nothing more than a spooky tale.
Shockingly there is still large swathes of information missing or redacted from the records and this could mean that the CIA is STILL hiding other such projects and programs or that they could still carrying out this type of experiment today.
The idea of other projects linked to MKUltra and human experimentation brings us to Indian hills.
The beginnings of this weird story of “the Indian Lake Project” came from a blog first appearing online in October way back in 2005.
The blog outlines the claimed evidence that the author says was passed on to him by his uncle who first uncovered a box along a trail in the late 1990s, it also has details on the people who have allegedly contacted the blog author with information on the mysterious project, and that he believes he is being targeted by authorities for having this information.
The box's contents are said to paint a chilling picture of human experiments, experiments that it is said were conducted on children but are they fact or fiction? 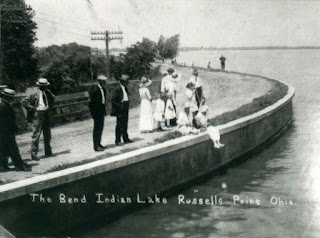 Searching online for references to the Indian Lake Project online always lead back to the blog page, links pop on paranormal, conspiracy and mystery forums. Many have said that the story is a work of fiction However, real programs of government experiments have come to light through declassified documents in recent years, but few if any involved children.

Is it possible that this mystery box has uncovered real evidence of yet another secret program?

From 1952-1955, it is believed that the Adirondacks hosted a series of extremely immoral and downright creepy experiments, all part of an experimental program run by the CIA.
Proof of the program actually existing is slim the majority being from the blog and the mystery box, but with the uncovering of the evidence in 1997, it is definitely a real possibility that such a secret program could or would have existed.
What has been learned over the years since the Indian Lake Project was brought to the public eye after a hiker tripped over an exposed edge of a box containing photographs and video reels of various people, including 3 young children.
The box that was found was heavily worn from years of battering received from the elements, it was eventually passed down to the hiker’s nephew after the man died in 2002.
The hiker’s nephew, John, began to inspect the many various objects or artifacts that were in the box.  After doing some research, John discovered that there was a program which had been run by the CIA it was named project ARTICHOKE.
In a memo found inside of the box was written “Can we get control of an individual to the point where he will do our bidding against his will and even against fundamental laws of nature, such as self-preservation?” 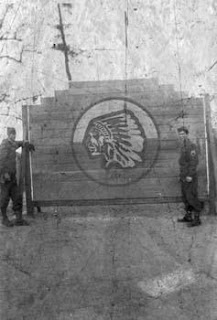 This spooky question showing that manipulation of the mind could possibly be the end goal of this program.  It is believed that children’s minds were easier to manipulate, and that the 3 children pictured were used in the experiments.  The children are believed to be pictured at different ages in the photographs, showing that the personnel responsible for the project could have raised them at a facility in Indian Lake.
After carrying out his research and  piecing all of the pieces of evidence together, John decided he should really to go to Indian Lake to see if he could find more proof or information or anything that could further the research himself.
After many hours of searching, he came across a large abandoned structure deep in the middle of the woods. The structure was 3 to 4 stories high and it had no roads that would allow access to it.
John believes that this could well be one of the facilities that was utilized in the project.  He also said that he found an abandoned building/underground hideout filled with beds that could have been used for the subjects to sleep on before they were used for experimental purposes.
Jumping forward in time to today and John has taken a more cautious approach in dealing with the case, he say that he began receiving unnerving phone calls and had someone break into his house without taking anything a clearly vailed threat.
He believes that it is in the best interest for himself and his family to take a step back from what he has uncovered.
He still is researching the case, but is far more careful with what he releases.
This could be a wise move. We have learned that when it came to MKUltra the secret groups behind the program were happy to kill to hide their secrets. I recommended watching the Netflix documentary “Wormwood” it is a real eye opener and may also open your way of thinking on other conspiracies.
But back to Indian hills, Is This Just Internet Fiction?
I think most of you guys know that there is a long-standing internet genre known as creepy pasta, online horror stories. The best of the creepypasta stories often include multimedia material like photos and videos, links to websites.
This created evidence helps perpetuate or substantiate a published story.
Urban legends like the Slenderman got their start on creepypasta. The website Crushable took a look at the Indian Lake Project and while they couldn't make any definitive decision, they felt the Indian Lake Project had all the hallmarks of an elaborate piece of internet fiction.
Again I would remind you that this was often the case with other conspiracies that have turned out to be true.
In Conclusion we may have to face the idea that Perhaps we will never know the truth behind the Indian Lake Project.
The blog has not been updated in many years. A final posting says
“I will begin posting updates to the new Indian Lake Project twitter account soon.”
The ILP Twitter was only updated once with the promise of more updates. Did the author of the story lose interest or did some more sinister happen?
In my humble opinion, I have looked at the government and its secrets before and if this is an elaborate hoax it is very convincing, the nuances of the story mirror the real documented cases like Subproject 68 of Project MKULTRA, the chemical tests carried out on the unawares people of St Louis and the many clandestine programs that came out of world war 2 like operation paperclip and all its linked sub projects and even stories like that of Japan's infamous Unit 731
So what do you think is this a real hidden government program of torture and terror or just a creepy story that is perfect for sharing around the camp fire with some s’mores this Halloween?
Let me know in the comments below 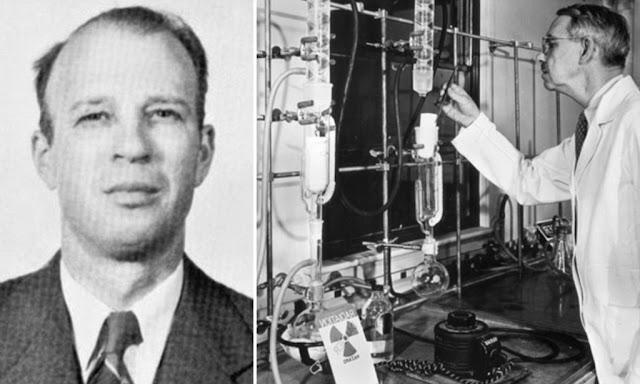 Okay clue time “the size of the fish can be learned by 1000 new subscribers!”
Many answers are rolling in now and the list of eligible entrants is growing look back the last three videos for more clues to help you find the answers and enter to win the free (disclosure shirt)
Good luck