Time travel, predicting the future, and looking into the past have all been claimed to be possible at one time and by a wide and varying range of people. From the mega famous predictions made by Nostradamus which he saw when meditating and looking into a bowl of water, to the visions of Edgar Casey and his prediction and stories of Atlantis.
People have long been searching for a way to either peer into the future or look back upon the past. As far as most know there is no device capable of such thing, or maybe there is.
Let’s take look 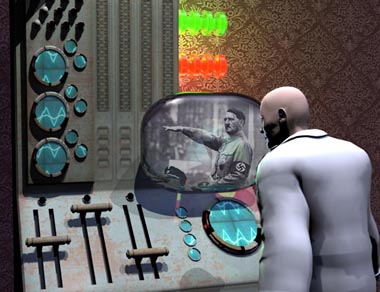 The Vatican the holiest of cities, is home to many secrets. Beneath its statue lined cobbled streets and ancient papal building hides a labyrinth of secret tunnels, rooms and   chambers.
These secret alcoves are said to be hiding everything from records of past Catholic histories to proof of extraterrestrial contact.
There are over 50 square miles of secrets hidden beneath the ornate marbles floors of the basilica, so plenty of room to store records and artifacts away from the snooping eyes of the general public.
WikiLeaks the group that is often the source for leaked news, claimed that the Vatican and the CIA have teamed up and that they are using our technological devices to listen in on our lives.

I have looked at targeted individuals and their claims in the video above.