Most who have an interest in the UFO and extraterrestrial interactions here on our planet have asked the question ‘by whom and why are we being visited?’
The list of answers is long, there has literally been hundreds of different type of alien that have chosen to visit Earth their motives ranging from the harmonious to the pugnacious.
Many of the events that have seen humanity and an interstellar race meeting and talking agendas have very little in the way of evidence, we have to trust those that carry messages and sadly too often than not charlatans and liars have convinced people of a story only for it to come unraveled later, this leaving many with egg on their face.
I have however come across the reports of an interaction that may offer more than usual in the way of the proof. 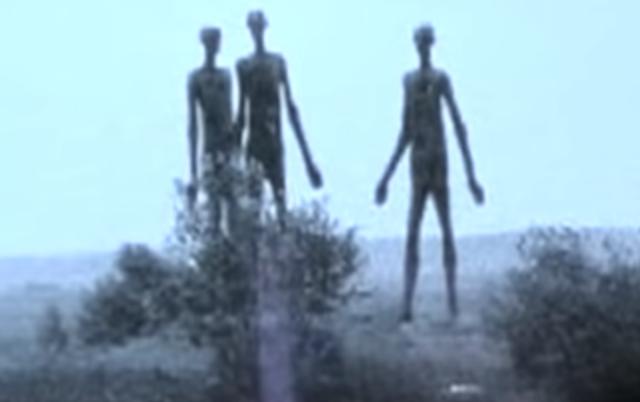 The story begins in South America a location that has many ties to ancient alien theory, some seven years ago it was reported that a group of tall humanoid type aliens landed and liaised with locals in an area called Guasimal, a small farming town near Zarzal on the west coast of Colombia.
The first reports of alien contact were published in the El Tiempo, this being the widest spread publication in Columbia. On the eleventh of June this year a reporter told of a strange story in which tall black clad beings whom spoke with a digital like voice arrived in the small village and spoke with local farmers.
The event was a few years back occurring in 2012 but it has been a story that has slowly been growing, this being how the reporter came across it. Then deciding to spread it further by publishing the details in the newspaper he wrote for.
Before the story was sent international by the El Tiempo, there seems to have been little interest, some local media reported the incidents and a few videos were made by UFO investigators, but there was not much in the way of national interest.
The eyewitness testimonies of an estimated 300 laborers that claimed to have seen “disc-shaped objects” and made the claim that these “humanoids” emerged from these said craft.
Maybe because of this lack of interest and the fact that that officials, reporters and even government stayed away the contact with the 2 meter tall extraterrestrials continued, for the following six years the farmers and the laborers in the area told the same story. Frustratingly no photographs or video was ever captured at one these close encounters.
The telling of this interplanetary meeting morphed into something of an urban legend, this until December of last year.
Late in 2018 local farmer Diego Mondragón recorded his encounter with the beings who were seen at on a neighbor’s property.
The Columbian man went onto say;
“I realized what was happening because I had already had contact with them, but some of those on the farm were scared and there was a shot. I left the house and approached the fence of the farmhouse to tell them that they [the extraterrestrials] were calm, peaceful.”
The man had gained the trust of both the other farmers in the area and that of the aliens thanks to a number of past encounters. This trust was so good that the visitors had no problems with Mondragon recording what they had to say on his mobile phone.
So what was it that these visitors had to say?
Find out after these messages ……only joking…….but I will take this chance to remind you guys that I have merch take a look at the links in the video description.The tall E.Ts said the following;

“We have been allowed to come and deliver a sacrificial message for humanity. It was a message of love and allegiance. Love one another because the human race will soon be wiped out; take these warnings into account. “
Sadly this recording has yet to be heard or corroborated by a third party but instead the Columbian farmers testimony has been accepted as credible, the story goes onto give more detail on the interview or meeting with the tall humanoids.
He says;
“The aliens, are supposed to be coming from another planet, they declared that they lived in the region of Guasimal for 60 years, where they claim to have an underground base of 5000 square meters, a space where they would house a mothership. They would come from the planet Orion.”
So if we don’t have the physical recording what other forms of proof do we have for the incidence?
There is a trained witness to the events that have been said to have occurred, this comes from a Columbian Police officer called Manuel Velandia Márquez. He confirmed to the El Tiempo reporter that he had responded to a disturbance call in the area. He went on to say that on this call he saw “silhouettes of strange being which stood about 2 meters high” and says he also heard and witnessed the message that they recorded.
According to Márquez:
“(They were) more human than we are. They will preserve something of humanity and prepare us for future events.”
The story also get a serious boost in it credibility with the fact famed UFO researcher Cristian Ramos a ufologist working with Ovni group in Columbia said he had also investigated the sightings and the contact made with this extraterrestrial race. In 2013 he talked to the farmers in the area and interviewed Mondragon he even claims to have seen the visitors himself, he said;
“At a distance, of about 200 meters, there was a silhouette of about 2.30 meters, a thick build, black clothes, a black suit, and boots. He wavered from left to right, never remained motionless. He watched us.”
This incident with Ramos also has an explanation as to why we don’t have more evidence, he said that aliens reacted badly when he produced a camera and would not allow for any images to capture.
This lack of hard physical evidence does have some doubting the story, but there are the multiple witness testimony?
it is said that the local authorities refuse to deny the stories, this lack of a denial some point to as proof that something occurred in the remote farm village.

What should we make of the alleged humanoids of Guasimal?
Can we trust witness testimony?
Eyewitness testimony plays a large part in criminal court cases. A person could be convicted of a crime on the reliability of an eyewitness and how confidently they convey their testimony to a jury.
For a long while, numerous eyewitness memory scholars have believed that, at least in some circumstances, there can be a relationship between how confident an eyewitnesses says they were at the time of identifying a suspect (as opposed to during the trial) and the likelihood that they correctly pick the criminal from a lineup or from a selection of mug shots.
Some experts in the field go so far as to say that the relationship between initial confidence and accuracy is actually quite strong.
However Eyewitness testimony can critiqued on several grounds things such as having impaired perception, having impaired memory, having an inconsistent testimony, having bias or prejudice, and not having a reputation for telling the truth. If any of those characteristics can be demonstrated, then the competency of a witness is questionable.
We may have doubt when it comes to the farmers and laborers, but there is an academic involved coming in the form of Cristian Ramos, and a police officer. A trained observer and trusted member of the community.
So should their testimony be enough to validate the story?
I will leave that decision to you
Let me know your thoughts in the comments below.