There have been many out of place artefacts discovered over the years, some are more popular than others. We have items such as the crystal skulls and the alien stone carvings found in South America.
I have looked at such anomalous artifacts as the Dropa stones and the Klerksdorp spheres.
In this video a topic recommended in the comments there is another mysterious relic of the past that defies explanation?
Let’s take look. 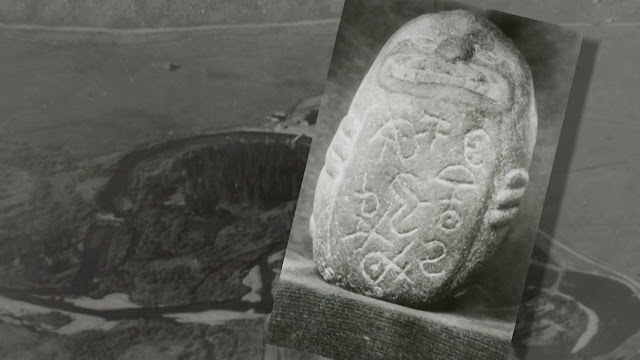 The story begins In October and November of 1924. This is the date that a group of explorers and experts set out on the Doheny Expedition. This expedition would see the men travel to Havasupai canyon their discoveries would be shared with the Oakland Museum, who would meet all the financial needs of the group.
The museum was hopeful that the adventurers would discover ancient examples of rock art, the twist in the story being that they weren’t interested in regular rock art they were on the hunt for images that supposedly proved that dinosaurs and humans had coexisted.
This expedition headed up by a one Samuel Hubbard, director of the expedition and an honorary curator of archaeology at the museum of Oakland, he was accompanied on the mission by Charles W. Gilmore, the Curator of Vertebrate Paleontology at the United States National Museum.
What we know today was learnt from the report of this expedition which was written by Hubbard and published January 26, 1925.
This report documents the finding of many anomalous artefacts these included “dinosaur petroglyphs”, a supposed caving of a “wooly rhinoceros” and also a petroglyph supposedly showing a battle between a man and an elephant.
Amongst these strange relics is where we first come across The Granby stone idol.
Hubbard’s account of the ‘stone idol’ which was supposedly found at Granby, Colorado, was included by the man on pages 36 and 37 of his 1925 report.
The report shows what Mr. Hammar had seen: - “This queer relic was found by a man named Jordan near Granby, Colorado. Mr. Jordan was excavating for a garage or a cellar and uncovered this stone at a depth of 12 feet. He found many utensils, etc., in the same place, thus giving the presumption of a settlement. The stone is an exceedingly hard green material, and like nothing ever known of in the neighborhood. It may have been brought from a distance.”

This sculptured stone is of unusual interest to me because it shows carved in high relief, the figures of two dinosaurs and an elephant. The inscriptions are also of great interest, and some of them are similar to those I saw in the Supai Canyon.
It is significant that the dinosaur and elephant are close together in the Supai drawings, and here they are sculptured together on the back of the same figure.
The dinosaurs suggest either the “brontosaurus” or the “diplodocus,” while the elephant has a long curved tusk.”
The idol is carved into a small rounded rock and looks like a man surrounded by these mysterious animals, its appearance and style are both very unique. The idol is definably odd but it’s the appearance of the dinosaurs that gets everyone talking.
Those that follow cryptozoology know of the many reports that have been fielded that talk of living dinosaurs. Many people believe that the creatures did not go extinct 65 million years ago and that they are still living today, all be it in remote locations.
There are stories of creatures like the Mokele-Mbembe a long necked herbivorous dinosaur of the Congo, this alongside the Emela-ntouk a giant reptile said have a single large horn in the center of its head and long crocodile like tail. 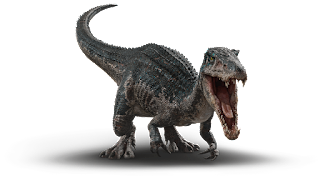 In Asia there are reports of the Nguma-monene which looks like a living Stegosaurus or Spinosaurus.
In the Americas there have long been reports of living pterosaurs, the flying fossils also being reported in Papua New Guinee where they are known as the Ropen. Australia has the Burrunjor a bipedal dinosaur like creature seen in many cave paintings and the list goes on.
So did the expedition find the smoking gun that proves man and dinosaur once lived side by side?
When looking at the Granby Idol one of the basic questions art historians, curators, and even appraisers ask, is attribution.
The question is who made this, or which culture can we say produced the relic?
This is a question that today will be difficult to answer as the Granby idol has been lost.
Hope of finding the relic has been renewed with recent new leads, pointing amateur investigators in the direction of the idol.
Many have taken up the search for the Granby Idol.
Citizens of the area familiar with the story of the Idol, are calling into question some of the assumptions about the long-lost relic and where it has laid hidden for the past several generations.
Amateur researchers Bart Torbert and Dusty Pierce both men who grew up in the Granby area — have been working to track down the  Idol for number of years. The men say that they have found new clues pointing them in the direction of north to Minnesota.
Is this Where is the Idol could be today?
The Idol was allegedly first discovered by a Granby area landowner named William “Bud” Chalmers, who came from the Minneapolis area. According to Torbert the most commonly told story about the Idol has Chalmers selling the mysterious artifact to a wealthy St. Louis man named Harry Knight, who owned a ranch next to Chalmers in Grand County in the 20s.
This is when the object is lost disappearing into history and legend.
Around 10 years ago Pierce was researching the Idol when he came upon a catalog of items at the University of Minnesota’s museum in Minneapolis. This catalog showed an entry for a plaster cast of a “Granby stone” or “Granby idol” had been placed in the museum by the University Anthropology Department’s founder, Professor Albert Jenks.
According to officials records from the Museum the cast was removed in 1999 and put in to storage along with half-a-million other items that were neither cataloged nor inventoried.
The cast of the idol could not be located by officials in Minnesota but they did have a document related to the Idol,
The letter from Professor Jenks to James Ford Bell, the founder of General Mills. In 1928 Bell gave the funding to the University so that they could establish the “Granby Stone Image Fund” – at the time the “Idol’ was not referred to as an “idol” and was commonly called the Granby Stone Image.
This money was to be used to cover costs of Jenks’ research of the Idol and create a purchase option allowing the University to buy the item from Chalmers, if they so desired.
Bell, and other wealthy philanthropists, also funded research expeditions conducted by Jenks to study the native cultures in New Mexico.
Torbert uncovered these records at the University and while they were able to locate documentation discussing potential purchases of the Idol, no purchase documentation exists. Bell was a collector of all sorts of items. But Bell’s living grandson told Torbert and Pierce he knows nothing about the statue or his grandfather’s involvement with it.
Unfortunately the Jenks lead runs cold in Minnesota. The University’s current Anthropology Department does not know anything about the statue or where Jenks’ research files ended up. Jenks was a leading figure in the American Eugenics movement and the University’s Anthropology Department is less than enthusiastic about their founder’s history.
Torbert and Pierce are now looking to find more information on when Chalmers allegedly sold the Idol to Knight, to see if they can confirm or debunk the provenance of that story.
“I am thinking that if it was in the mid-1920s it has to be bogus,” Torbert stated. “We know the statue was in Minnesota in the late 1920s”.
Whatever the truth is, the legend of the Idol will continue to intrigue and inspire imaginations until the true story is finally revealed.
Had you heard of the Granby idol, do you think that it shows man and dino lived side by side in a Flintstone-esk world.
Could the story be an elaborate hoax or as with the many other reports of living dinosaurs from around the world prove that the mass extinction of 65 million years ago didn’t occur?
Let me know your thoughts in the comments below.