Mysterious triangles are located all over the planet. Most have heard of the infamous Bermuda triangle a place where ships, airplanes, and people all disappear.
The Bermuda triangle has been linked to many mysteries over the hundreds of years it has been claiming lives. Sometimes aliens are said to be the cause, others believe it is because the triangle is the location of lost city of Atlantis, more theories exist that claim it to be the location of a portal into another dimension.
Questions abound, answers do not!
there are many more of these strange triangular places scattered all around the world one of them is “The Bridgewater Triangle" a subject I have been requested to cover in astory 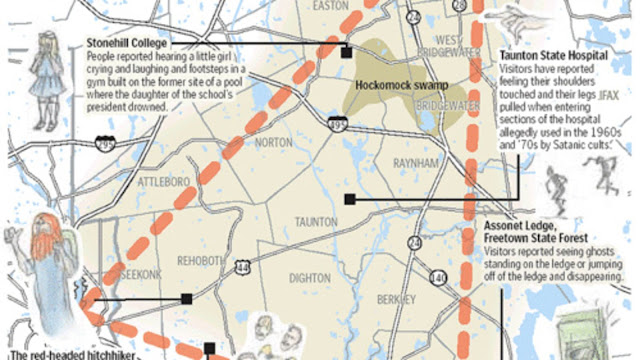