The search for Bigfoot and his hairy hominid cousins continues. Scores of people search the back woods of North America and other locations in the hope of finding the illusive cryptid.
We have seen some video and photos that may have a captured the creature, but as of yet nothing that would prove 100% irrefutable.
So how about we change things up, what if all these people have been looking in the wrong place, could Bigfoot and the other hairy human like beasts have moved?
If so where have they moved to? 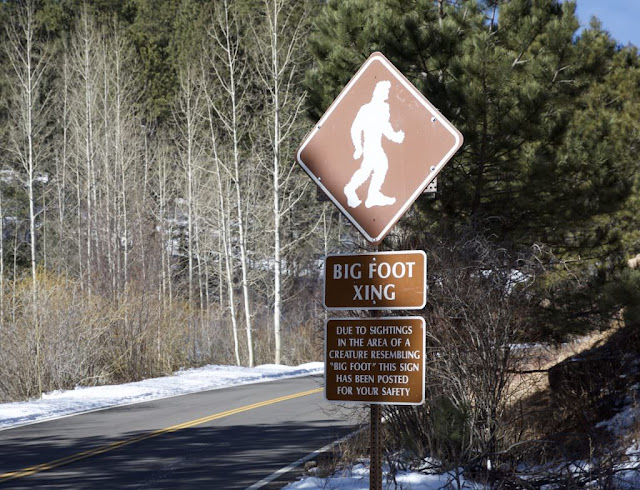 What do you think, are cryptids moving underground, if they are for what reasons?
Let me know what you think in the comments below.

As a fan of all things cryptid I have looked at large flying creatures that are often seen all around the world. Sometimes these are giant avians other times they are thought to be long extinct creatures like Pteranodons. There are however a wide range of strange flying cryptozoological beast.
When we look at “giant mythological birds”, animals like Phoenix, and Thunderbird spring to mind.
This cryptid flyers are if you can believe it are on the smaller side of things. There is one cryptid bird that outsizes them all. It’s so big that just by flapping its huge wings it is capable of causing a cyclone.
The name of this creature “The Roc”
“No not that one”
This Roc is the largest bird ever to have existed, according to ancient mythology and in a recent archeological discovery scientist have just found a real creature, which like the Roc is said to be the largest thing to have taken flight in the earth’s skies.
So let’s take look. 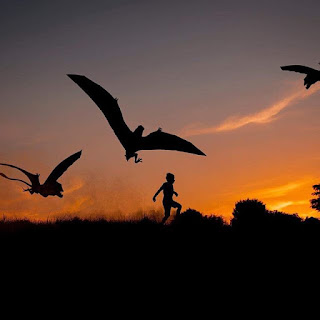 Giant animals sailing through our skies have been part of humanities myths and legends for centuries. The stories of giant winged beasts span the globe and over the years of research in the field of paleontology there has been a number of animals found that could suggest if any of the animals from the fossil record lived today, we would have a good basis for these stories.
The scope of these creatures continues to widen with discovery of a massive animal that cruised the cretaceous sky.
With a wingspan of ten meters and weighing 250 kilos, Cryodrakon boreas is a pterosaur that dwarfs those that came before and after it. The largest flying animal of all time, according to researchers who reported it in the Journal of Vertebrate Paleontology.
David Hone, lead author of the study and a researcher at Queen Mary University in London spoke to the worlds press about the recent discovery of the new species, he said
"This is a cool discovery, It is great that we can identify Cryodrakon as being distinct from Quetzalcoatlus," the other giant pterosaur for which it was initially mistaken.
The name of the previous largest species of Pteranodon coming from that of the ancient Aztec flying serpentine god Quetzalcoatl.
This colossal flying animals remains were first discovered over 30 years ago in Alberta, Canada, at the time of the discovery it was misclassified and put away.
But three decades later the fossils were given a closer look and it was found that the fossil remains were in fact of a juvenile and also an intact giant neck bone of a fully-grown specimen.
A new species had been uncovered.

The paleontologist theorized that like other pterosaurs this giant fed on a wide range of animals 77 million years ago, because of its size not much would have been off the menu. The Cryodrakon most likely had its choice of small dinosaurs, reptiles and early mammals.
The giant flying reptile is thought to have been an inland predator many Pterosaurs were marine hunters living on a largely off a sea based diet.
Today there are more than 100 known species of pterosaurs.
Despite their large size and wide distribution -- across North and South America, Asia, Africa and Europe -- only fragmentary remains have been unearthed, making the new find especially important.
Hhhmmmmmm, North and South America, Asia, Africa and Europe these are the same locations that we hear the stories of the Roc.
Could there be a link, could this giant have held on long enough to be seen by early humans, becoming part of the stories they told and becoming engrained in cultures and their mythology?
I have looked at evidence of man and dinosaur living side by side in my videos “the Granby stone” and “my analysis of other cryptids that may be living prehistoric animals.
The Ropen, Mokele Mebe and others.
Maybe the Origins of the Roc can provide us with some more clues?
The ginormous flying bird known as the Roc, its name having been derived from the Spanish words “rocho” and “ruc”, is part of the mythology found across different cultures, it has been suggested that the legend originated in Asia in around 39 AD, specifically in and around India.
The evidence of this bird first appearing in ancient Indian Sanskrit epics which told off a giant bird, large enough to pick up and carry away elephants.
Legends say that this monstrous creature would swoop in snatch up and feed on humans; it would often rip its prey apart and take it back to its nest to feed its young.
Adding to the mystery and almost in a forerunner to “the land that time forgot”, the Roc it was believed inhabited a secret land, a land filled with treasures and protected by the giant birds.
The Roc are described as looking much like an eagle they are much, much larger and with that size comes increased strength.
The Roc possesses a 48-foot wingspan its coloring being similar to that of an eagle, primarily brown with hints of color, and a long, thin and forked tongue muck like that of a snake.
Strangely it is said to have had very sharp and pointy teeth as well, spanning across the lining of its humongous beak.
This feature bringing us back to the Cryodrakon, could it possible that Pterosaurs may have also possessed feathers or maybe fur, this could, if indeed they have been seen by humans, lead to a misidentification of “bird”.
There are many Myths and Tales about the Roc these can be found in both Eastern and Western culture.
There is even a story of Marco Polo witnessing a Roc. In his telling of his journey along the Silk Road he describes a bird of “impossible size” which swooped down picking up large animals it found in its path.
Marco described how the bird would “seize an elephant in its talons and carry it high into the air and drop it so that it is smashed to pieces on the ground; having so killed him, the bird swoops down on him and eats him at leisure”.
This is a behavior seen in many birds famously Golden eagles capture Tortoises and do the same.
There are a number of Similar Creatures found in mythology the Simurgh, the Garuda, and the aforementioned the Phoenix, and the Thunderbirds.
Could these birds be living pterosaurs or are they avian?
Let me know what you think in the comments below