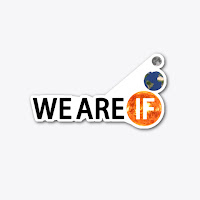 Cryptids are a favorite topic of mine, often these creatures are thought to be undiscovered species which have had myth and legend grow up around them, the sightings and the stories of sightings adding to legends. But what if an animal is created by science does that creature fall under the banner of cryptozoology?
This is the question we have to ask of the animals featured in this video.
Is there a species of shark created by science that has become mind controlled?
Did Israeli scientist learn how to control the minds of Sharks?
Then use the animals to attack another nation?
Let’s take a look.

Some of you may remember the movie “deep blue sea” in the film scientist are searching for a cure to Alzheimer's disease, working on an isolated research facility they become the prey, as a trio of intelligent sharks fight back.
This movie has probably one of my favorite cinematic deaths as the character played by the legend that is Samuel l Jackson is eaten by a shark mid epic dialogue.
This is just Hollywood fiction there is no way anything like could be real, well actually yes some claim that a similar scenario has played out and since been covered up.
The story goes that over a five day period in December of 2010 At the Sharm El Sheikh resort which is found on the coast of the Red Sea at the southern tip of the Sinai Peninsula, five unfortunate souls were attacked by sharks.
Oceanic white tip shark to be more exact.
The oceanic whitetip shark, also known as Brown Milbert's sand bar shark, brown shark, nigano shark, oceanic white-tipped whaler and silvertip shark, is a shark which inhabits tropical and warm temperate seas. Its stocky body is most notable for its long, white-tipped, rounded fins.
The Oceanic Whitetip has earned a reputation for being first to arrive on the scene when ocean ships run afoul - especially during war time. The shark was blamed for many of the fatalities related to the sinking of the steamship Nova Scotia off the coast of South Africa during World War 2. Only 192 of the nearly 1,000 men on board survived. Eyewitness accounts from the survivors recounted a "feeding frenzy" as sharks attacked men waiting in the water for rescue. The shark is described as opportunistic, bold and unpredictable around divers and thus should be "treated with extreme caution."
Of the five people that were Attacked in this story One woman lost her right hand and left leg; another’s spine was bitten; a man needed his leg partly amputated and the fifth victim was out right killed by the Sharks.
What makes this story odd is that white tips do not come near Sharm El Sheikh in the winter they are rarely seen in the summer months and on top of this they very rarely attack people.

In fact in the just under the last 500 years there has been just 9 recorded shark attacks by the white tip and they are not known to venture into water that are so shallow and so close to shore. Egypt’s Tourism Minister said, “This was unnatural… and that they had no explanation for the attacks”
Captain Mustafa Ismail agreed the sharks were acting unnaturally, he reasoned that this unnatural behavior was because they were being controlled by Egypt’s enemy… Israel, Does Israel Have Mind-Controlled Sharks?
In series of events that would fit in with the world’s most famous shark movie Jaws. Fisherman set out to capture and kill the man eaters. They were successful in capturing just two sharks one a 25 meter long, 150kg oceanic whitetip, and the other a 25 meter long, 250kg Mako shark.
When the dead animals were taken to scientist to confirm that they were the man-eaters they concluded that the two fish were not the ones responsible for the attacks.
After the large shark hunt had taken place there was one more attack.
This attack was fatal!
This is when we get the first claimed evidence that these sharks were being controlled is found.
Mustafa Ismail says one of the killer sharks was captured in Eilat, at the southernmost tip of Israel.
The captured shark was found to have a GPS device planted in its back, he asked, “Why would these sharks travel 4,000km and not have attacked until they entered Sinai waters?”
A bigger question might be why use such an unconventional weapon?
Governor, General Mohamed Abdel-Fadil Shousha, took the idea of mind controlled sharks very seriously and said that an investigation was needed to determine if this was a military strike from Israel.
The two countries have long had a difficult relationship and there has been a number of conflicts these were meant to cease with the signing of a peace treaty in 1979. The peace the countries share is described as a “cold peace”, often marked by political tensions, suspicion and border incidents.
This is where conspiracy creeps into the story, theorist have put forward the idea that these were organized attacks carried out by sharks that were remote controlled. Crazy, right!! Sounds like a plan DR Evil would come up with.
There is a biologist called Jelle Atema who proposed a program that would see him controlling sharks after implanting a neural control device. This device would allow the sharks to be piloted and even triggered to attack, they may not have lasers on their heads but they would still make for a stealthy deadly weapon.  His plan was taken seriously and he was allocated a budget of over half a million dollars. DARPA a group which comes up so often when talking about this type of thing wanted to use these sharks as spies. This technology was developed in the US so how would it have made its way to Israel?
It is possible that the USA would share this technology with Israel, The US has provided a lot of military aid to Israel for decades – in 2007, it signed a deal to give Israel $30 billion in military aid

In 2016, the government renewed the deal to cover the next decade, increasing the amount of aid to $38 billion this money is at least three times more than it gives to any other country.
This massive budget is returned to the US in a roundabout way with Israel purchasing many weapons of war from the Americans and this is what is claimed to have happened with these mind controlled sharks.
So with this “BOND” like plot unfolding are we now living in world of secret remote controlled animals, what could be next a radio controlled lion attack or an army of mind controlled crocodiles?
Before we get too carried there may be a more down to earth explanation.
After talking with Biologist George Burgess the regional governor General Mohamed Abdel-Fadil Shousha believes that there were exceptional circumstances triggered the attacks.
The Biologist explained that the sharks were first drawn to the shore by sheep carcasses which had been dumped in the sea just a couple of weeks prior to the attacks.
The bodies of the sheep were thought to be left over from the Islamic festival of Eid al-Adha, and were illegally dumped in the ocean at the festivals end.
Other experts who analyzed the attacks, suggested the sharks were also attracted by local diving companies habitually feeding sharks to draw them in for tourist snap photos; this was then compounded by overfishing in the area depleting the sharks’ natural food source.
One glaringly obvious flaw in the theory that these sharks were mind controlled killers is that Doctor Atema’s research was not entirely successful.
The program found it very difficult to actually control the sharks, in fact it was easier to train the sharks rather than hack their brains. Another problem is the sharks used in the research, they were not the large ocean dwelling predators like the white tips instead a smaller harmless relation, dogfish.
White tips are also known to be opportunistic man-eaters, Jacques Cousteau called oceanic whitetip sharks the most dangerous of sharks, although there are fewer than ten recorded attacks on humans, whitetips are actually responsible for more human fatalities than all other shark species combined, since they are the primary shark that preys on victims of shipwrecks and plane crashes.
So what do you think, were these attacks carried out by mind controlled super sharks, a planned attack by the Israelis to destroy the tourist industry?
Or was this just an unfortunate series of events which brought the sharks into waters where they took the opportunity to grab an easy meal in the form of the swimmers who were attacked?
Let me know your thoughts in the comments below.