With ufology being a topic that I enjoy covering here on the channel, I often look into what is actually known by the governments of the world.
They occasionally release their secret documents and the internet is full of claims from whistleblowers all catching the interest of the public.

UFOs are often considered a subject to themselves and thus are outside of the realms of the paranormal. Although in some areas the two do meet.
So what does the government know?
Is it like the movies, a wing of the CIA dealing with all things that go bump in the night?
This Very much in line with what was seen in the film ‘Hellboy’ and the B.P.R.D. the bureau of paranormal research and defense. 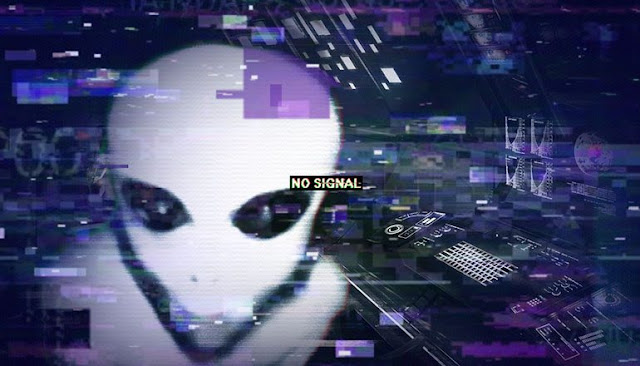 So what does the government have hidden, do they know about the location of hidden relics containing the spirits of entombed demons?
Have they discovered the location of Bigfoot, or maybe found out that there is actually life after death?
Maybe there is an occult war raging that we don’t know about?
If any of things were happening government being government would have records, a paper trail that could possibly take us to the truth.
Two creatures we know that they do have on their books are the Chupacabra and good old Sasquatch. A search of government listed mammals found in the state of Missouri reveals the normal creatures one would expect to find, the bison, badger and other north American animals, but oddly included at the end of the list are the two cryptid creatures that the government adamantly claims are not real.
Yet, they have put them into this database.
This list of animals is available online and if you give it a search you will see that the Chupacabra (listed as Canis cryptis) has the following description: small canine, hairless body possibly responsible for attacks on live stock. “Sometimes people mistake a mangy Missouri coyote for the legendary Chupacabra.”
This is something that has been seen and reported with the many sightings of the cryptid. Coyotes suffering from mange lose all their hair and become emaciated to the point that hardly resemble the animal’s healthy appearance. The disease causing the skin to dry and shrink, this reveals the canid’s teeth giving it a toothy snarl.
This change in the story came as the legend spread from Mexico and into states like Texas the Chupacabra went from being a green fang toothed more ape like reptilian  beast to the sickly  relative of a common dog. Many videos and other images have swept the web claiming to show a Chupacabra when all that has been captured on film is the mangy coyote mentioned by the government.
So what about the second cryptid on the list the Bigfoot, with all the reported sightings of the big hairy wild man the government must have a file as thick as a book.
They document the cryptid under the name Swamp Ape (Homo cryptis).and the locally used name of Momo.
Momo is a type of sasquatch- creature which is specific to Missouri area, it’s described as “large, foul-smelling, manlike monster coming from the banks of the Mississippi River and has been seen in the great state of Missouri since 1971.”
So this brings us to a couple of questions
If these creatures are not real then why would a state government go through the effort of making these profiles for them, why not stick with a policy of silence on the paranormal?
These files are not the only source of information on this subject tied to the government,  back in 2012, it was  reported that a chapter in FEMA’s “Fire Officer’s Guide To Disaster Control” manual outlined the processes that should be undertaken  in case of an attack by space aliens.

The part of the manual that had people scratching their heads contained the information that first responders would need if they ever came face to face with an extraterrestrial life forms or if there was a situation which involved alien technology.
FEMA is responsible in any disaster that strikes a state or multiple states in the USA. They swung into action at events that included 911 and hurricane Katrina. The government funded group is said to be in a state of readiness to deal with anything that can hit the US. It would seem ALIEN invasion is also part of this plan.
The agency is not only ready for threats from above but also from beyond the grave. The Pentagon has a plan to fight back zombies incase ‘world war z’ becomes a thing.
The Defense Department has put together a series of plans for a worldwide catastrophe that would turn mankind into the walking dead. These Plans outline what should be done when fighting different types of zombies, these zombies are listed as corpses reanimated by occult means, those created by a virus (umbrella), or radioactive mishap that creates the living dead much as is seen in the classic Tarantino Rodriquez collaboration “Planet Terror”.
The plan outlines the best way to take out a zombie with the favorite move still being a bullet through the brain.
The instruction s read “The only assumed way to effectively cause causalities to the zombie ranks by tactical force is the concentration of all firepower to the head, specifically the brain, The only way to ensure a zombie is dead is to burn the zombie corpse.”
It seems that the government is planning for what many see as an impossibility. The united states coming under attack from the forces of the paranormal. A world that would reflect the horrors which have been portrayed by Hollywood for decades. Is this planning in place because they know that the things which go bump in the night are very much real, and that they pose a threat to our way of life?
Has the movie industry been preparing us for a situation that most think is fantasy but if it were to happen we have been sublimely taught what to do?
It is very possible that the agencies that deal with strategy and planning are trying to spice things up in what can sometimes be a repetitive process of preparation for things such as wild fires, floods, and earth quakes. Throw in an alien attack or zombie apocalypse and you have everyone interested.
Do you think the government is hiding evidence of the paranormal?
Do you think that this is just a bit of fun to make a mundane planning meeting more fun?Join Plus+ for $9 a month to access bonus podcasts & premium content!
Learn More
Recent Articles
Scientists Brew Biblical Beer Using Yeast Resurrected From Ancient Pottery
Thought-Forms: When the Imagination Creates Life
The Dark History of the Blood Countess Elizabeth Báthory
Explosion and Debris Reported After Secret Chinese Rocket Launch Fails
Sponsored Stories
ข้อต่อจะหายปวดแน่นอน trueasia.info Let me know in the comments below