Secret bases have been reported just about everywhere from the alleged Lunar bases to the secret underground complex at Dulce.
It would seem that there are locations hidden all over this planet and even in the stars, and with that in mind it would seem obvious that as our planet is 90% water that many bases could be hidden under water.
There has over the years been many reports of USO’s. if there are unidentified craft entering and exiting the water, what could they be doing, where could they be going, and who could it be?
Let’s take a look 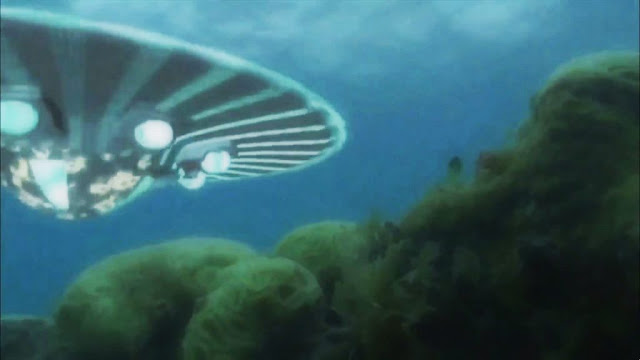 We have heard about the more infamous locations like area 51 and the underground base at Dulce these places have received acknowledgement from the US governments alphabet agencies. The cat is well and truly out of the bag so where do these agencies now go if they wish to do something in secret?
Many believe that they head underwater and into a network of secret undersea bases.
What are the advantages of having base below the waves?
There could be many the most important being the fact it makes it easier to hide.
Remote areas of the oceans are rarely visited and the chances of casual passersby witnessing something they shouldn’t are slim.
The ability to hide from satellites and other enemy spying technologies.
The sea providing a barrier from the all-seeing eyes in the sky as well as Joe public.
In an increasingly more techno-centric world the advancement of technology can be make or break for a country and its power in terms of global political, economic, and psychological strategy.
The hiding of even the smallest advantage over another nation is paramount.
Another reason for using underwater bases is in preparation for space travel and the testing of constructions’ that would enable us to live on another planet.
Water is often used to simulate the conditions of space.
Astronaut’s train in specially designed pools but these would be too small for the testing of vehicles and buildings, thus those that are building this tech need somewhere to test and these ocean bases fit the bill perfectly.
If you want to go down the extraterrestrial route the same factors are in play with only the protagonist changing.
Building the underwater network could be a much more efficient means to hide from the public and it does seem that those within the secretive groups recognized this a long time ago.
50 years ago to be more exact, back in 1968 the Stanford research institute proposed the construction of many of these subaquatic bases.
They designed a plan for a network of interconnected bases that would span the globe the authors of this paper a T G Warfield now there is a name suited to the story ‘war’ ‘filed’!!! And an l R Parkinson no puns with that name.
Outlined a detailed plan that would see over 30 structures constructed on the seabed. These building were both technically and economically feasible and they proposed that the whole project could be completed in a period of less than 15 years.
The two men were in search of 1.5 billion dollars first to develop the necessary technologies for the building of such a project and then for the continued building of the underwater habitats for the next decade and a half.
This may seem like a lot of money but in terms of a black budget it was not that expensive especially over the length of time the project would take to complete.
The project would consisted of a wide range of different structures, there would be units designed to house the men that would man the station as well as laboratories workshops docks and the other essential units that would be needed to complete a sealed underwater environment suited to human inhabitation.
The men had to design for every eventuality and of course design around the problems of being underwater, these hurdles increased the deeper the men went.
The men wanted to eliminate as many obstacles as possible and decided to build in shallower waters. They proposed the establishment of an in-bottom facility and building upon this will present fewer technical difficulties also making it easier on the submersibles which would support and use the base.
They would subsequently complete the third phase of a demonstration program, which would be a remote, deep-water station, and the evaluation of it, a multiple base program, could be implemented.  The cost of such a base program would be about $2.7 billion for the construction of a number of bases (assumed at 30). 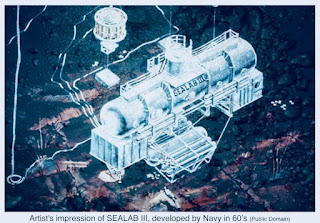 The plan that was devised by the two men would seem plausible and something that the armed forces would be very keen on exploring. This then leads us to asking if they went ahead with plan.
If they did how many of the bases did they build?
And what advances have been made over the 50 years that have passed since the concept was introduced?
We must look at those who followed the initial idea of the two founders people like Lloyd Duscha. The man who was part of the project which built bases like area 51 and the subterranean base at Dulce spoke on the subject saying
“after world war ii, political and economic factors changed the underground construction picture and caused a renewed interest to “think underground.” As a result, of this interest, the corps of engineers became involved in the design and construction of some very complex and interesting military projects. Although the conference program indicates the topic to be “underground facilities for defense – experience and lessons,” i must deviate a little because several of the most interesting facilities that have been designed and constructed by the corps are classified. ”
So if it is true that this project was funded and that the construction of undersea bases has been going on for over five decades where could these bases be?
Well one location that is a thought to be home to such a base is Malibu.
Just 6 miles off the coast of point Dume in Malibu, California, there is an unusual-looking structure on the ocean floor
Google Earth, provides us with an image of an oval-shaped object. This structure has a flat top and pillars these lead into a dark recessed entrance. Sitting at approximately 2,000 feet below the ocean surface the structure measures nearly 3 miles width.
This could well be a construction that fits with the plans outlined by Warfield.
This location has been the scene of many a strange occurrences everything from UFOs, USOs and disappearing ships has been reported.
If you want to take a look yourselves you can use  google earth and search these coordinates —34° 1’23.31″n 118° 59’45.64″w 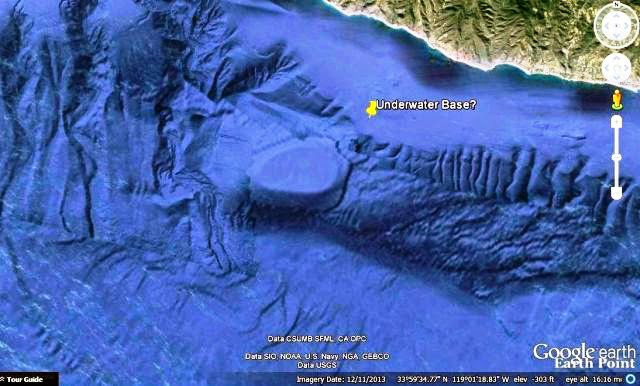 The base has been down played by many they claim it to be nothing more than a natural formation in keeping the geography found along the coast. This to me smells like they could be covering for those that do not want the secret revealed.
It sounds very much like the early days of area 51 and we all know how that ended up. Maybe if Joe public keeps the pressure on then the underwater base will also be admitted to by the government.
What do you think is this base real?
Who built it and what is it being use for?
Let me know in the comments below.