The world has just gotten over its endgame fever, I think we are safe from spoilers but here’s your heads up if you haven’t seen it yet
Okay
Those of you still here know that the film works around time travel with Tony Stark solving the problem of navigating the quantum realm thanks to information provided by Antman.
They travel back and find the infinity stones, in doing this they splinter the universe with Captain America even going back and spending a lifetime with his love Peggy Carter.
This is just a fun filled Marvel romp a big block buster movie filled with superheroes and no science right?
Well actually we may be closer to having the capabilities that were showcases in the film with the recent discovery that a newly developed Quantum Computer Can See the Future.
There may not be the 14 million futures seen by Dr. Strange but it does see 16 of them
Let take a look 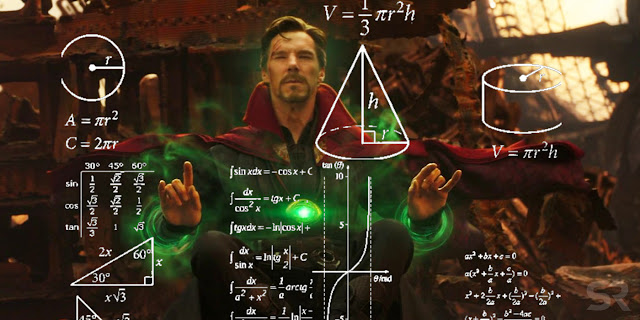 Let’s start by asking what is quantum computing is it an alternate universe technology like is seen in the movie?
The fundamentals of ability of a computer is to store and manipulate information. Current computers manipulate individual bits, which store information as binary 0 and 1 states. Quantum computers leverage quantum mechanical phenomena to manipulate information. To do this, they rely on quantum bits, or qubits.
In a quantum computer, a number of elemental particles such as electrons or photons can be used (in practice, success has also been achieved with ions), with either their charge or polarization acting as a representation of 0 and/or 1.

These particles are qubits; the nature and behavior of these particles (as expressed in quantum theory) form the basis of quantum computing. The two most relevant aspects of quantum physics are the principles of superposition and entanglement.
Think of a qubit as an electron in a magnetic field. The electron's spin may be either in alignment with the field, which is known as a spin-up state, or opposite to the field, which is known as a spin-down state. Changing the electron's spin from one state to another is achieved by using a pulse of energy, such as from a laser - let's say that we use 1 unit of laser energy. But what if we only use half a unit of laser energy and completely isolate the particle from all external influences? According to quantum law, the particle then enters a superposition of states, in which it behaves as if it were in both states simultaneously.
The particles can move in a superposition of many different states all at the same time. This is when a kind of time travel comes into the picture.
Researchers followed Ironman’s lead and used this quantum quirk to design and build a prototype computer that can predict 16 different futures at once.
When Mile Gu our equivalent of Tony Stark, boots up this newly designed computer, he gets to see the future, well At least, 16 possible versions of it.
Gu, an assistant professor of physics at Nanyang Technological University in Singapore, is an expert in quantum computing. The science uses the weird and bizarre laws that govern the universe's smallest particles to help computers calculate more efficiently.
We can look at the well-known example of Schrödinger's cat and the thought experiment that says that a cat trapped in a box making no sound or movement was simultaneously dead and alive until the point that someone opened the box, a qubit in a superposition is similar as it can equal both 0 and 1 until it's measured.
This means it can Store multiple different outcomes into a single qubit, this ability making it more efficient in terms of memory compared to traditional computers, this giving it a distinct advantage when making complicated predictions.
In a study published April 9 in the journal Nature Communications, Gu and his colleagues demonstrated this idea using a new quantum simulator that can predict the outcomes of 16 different futures (the equivalent of, say, flipping a coin four times in a row) in a quantum superposition. These possible futures were encoded in a single photon (a quantum particle of light) which moved down multiple paths simultaneously while passing through several sensors. Then, the researchers went one step further, firing two photons side-by-side and tracking how each photon's potential futures diverged under slightly different conditions.
The computer specialist then went on to make the comparison to the Marvel universe saying;
"It's sort of like Doctor Strange in the 'Avengers: Infinity War' Before the climactic battle of the  film, the doctor looks forward in time to see 14 million different futures, hoping to find the one where the heroes defeat the big baddie. He does a combined computation of all these possibilities to say, 'OK, if I changed my decision in this small way, how much will the future change? This is the direction our simulation is moving forwards to."
So they have working Eye of Agamotto, based on real world physics and not the mystical energies of the movie world!
The researchers tested their “time stone” or quantum prediction engine if you prefer using the classic model of the perturbed coin.
Gu explained,
"Imagine there's a box, and inside it is a single coin, at each step of the process, someone shakes the box a little bit, so the coin has a small probability of flipping." 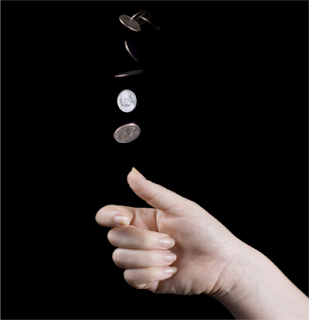 Unlike a traditional coin toss, in which the outcome always has an equal chance of being either heads or tails, the outcome of each perturbed coin toss depends on the state the coin was in during the previous step. If the coin flipped from heads to tails during the third shake of the box, for example, then the fourth shake would be likely to remain tails.”
It sounds like we need the ancient one to offer GU a bit of warning like she did with Banner as he got his big green mits on the time stone.
The researchers ran two different versions of this coin experiment, one in which the box was jiggled a little more strongly and another with less powerful shakes. In both experiments, the box was shaken four times, providing 16 possible combinations of outcome of heads and tails.
Following the fourth step, the team encoded it’s superposition of all 16 outcomes in a single photon, a qubit, simultaneously showing the probability of every possible outcome based on the strength with which the box was jiggled.
The team then in the final stage of the experiment, combined the superpositions of the strongly shaken coin and the weakly shaken coin to create one master map of possible future outcomes.
"This showed us how quickly the futures diverged depending on how hard I shook the box at each step," Gu said.
Today, constraints on computing power keep the team's simulator limited to looking at only 16 possible futures at once.
Gu claims that this limitation is only temporary and that One day, as quantum computers become larger, more powerful and more commonplace, simulators like this one could be expanded to see infinitely more futures at once.
He says that there are many practical uses for this technology beyond defeating large purple space villains, it could aid in weather prediction or help make more-informed investments in the stock market. It could even help improve machine learning, which is all about artificial intelligence teaching itself to make better and better predictions.
So we step from “Endgame” and into the world of “Age of Ultron” A.I quantum machines able to see the outcome of any event, yep that’s going to work out well!!
Gu added
This is all "highly exploratory,", and will require lots of further experimenting to figure out all the quantum simulator's applications.
Have we seen the first steps to predicting the future, will this computing power unlock the secrets of time travel, would you like to travel time if so to when would go?
Let me know in the comments below.