The Handbag of the Gods

Let’s start with a question or two
What’s in the bag?
And what bag I am I referring to?
We have seen the popular images of the Anunnaki and the ancient gods and other images from antiquity.
There is something that links these effigies.
The deities are all pictured wearing what seems to be the same jewelry and carrying identical objects.
These mysterious trinkets and cases have had many asking what’s inside?
Could it be a source of Gods power and what does it have to do with the humble honey bee
Let’s take look 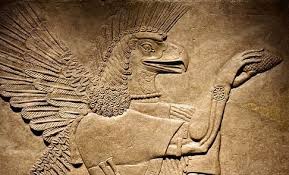 So let’s get started with the images.
The graphical portrayal of many of the ancient divinities shows these Gods depicted in similar poses wearing clothing that appears to be the same or at least extremely alike, they all carry a small purse like bag.
Other objects can also be seen like the mysterious bracelets, these wristlets having a strong resemblance to modern-day wristwatches.
Adding to the mysterious bags, and wristwatches appearing in this ancient imagery, are other elements which are more definitively found in the depictions of the ancient Anunnaki
These stone etchings show the Anunnaki having an object which looks like a pinecone held up in a prominent position in the image most often in the right hand. God’s right hand is in common term of speech used as a metaphor for the omnipotence of God.
The pine cone is thought to represent the pineal gland, the third eye we have talked about in other videos. The Anunnaki were said to be able to stimulate this gland giving them great wisdom. The Pineal gland has also been seen as the source of gods light or the location of the divine spark in mankind.
Something that has been included in art works through the centuries, most famously Michelangelo’s depiction of the God on the ceiling of the Sistine chapel.
Let’s get back to Ancient Mesopotamia.
And the Cradle of Civilization. 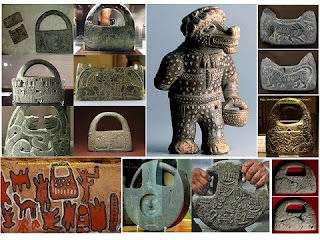