The Basajuan a cousin of Bigfoot or a living Neanderthal?

Cryptid hominids are something I like to cover here on the channel especially when I find one that is lesser known.
It would seem no matter where we find stories of these wild men they have more in common with one another then they do differences.
This is the case with the cryptid featured in this video.
The appearance is that of a typical Wildman but there are a few small but crucial differences. 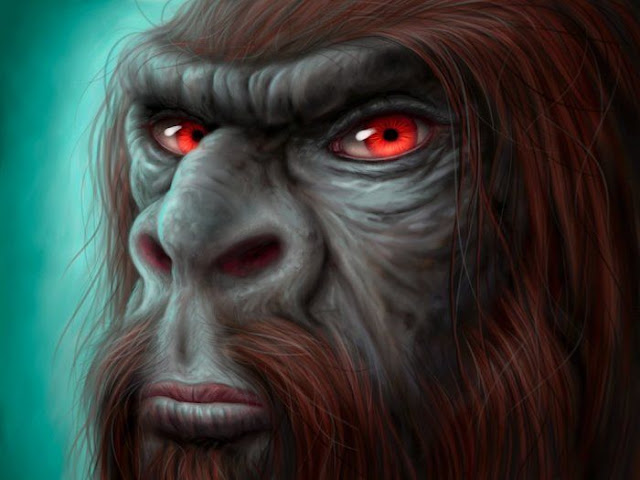 This Sasquatch cousin is found in the Basque region of Spain. The European Bigfoot relative is known as the Basajaun.
Basajaun meaning “lord of the forest”.
The beast is a recurrent character in legends from Basque country. The description of the animal is similar to that of cryptids like the yeti or the Almas they are said to be large, covered in a thick hairy coat, having an immense shaggy appearance, its facial and body hair being a knotted like mane which reaches down to its knees the wild human-like beings living in darkest forests and deepest caves.
This is all pretty standard so far.
So let’s look at some of the difference between the Basajaun and other hominid cryptid creatures.
It is said that this forest man is a protector of flocks of sheep.
The Basque region is an area that relies heavily on sheep farming and this has shaped the local culture and customs.
Shepard’s say that the Basajaun will make its presence known when a storm threatens, growling from the woods to warn shepherds to put the sheep inside and out of the dangerous weather.
The Wildman also provides protection from wolves.
This using its amazing strength, often portrayed as being nimble-bodied, and sometimes scary and cruel.
This would almost seem a paradoxical belief as for as much as the beast is feared he is also respected and seen as a primitive farmer, toolmaker or miller from whom humans have learnt the skills of sowing seed, making saws or forging metal implements.
This teacher of man has been gifting knowledge to the local shepherds for thousands of years
Stories tell of how the Basajaun was an exceptional toolmaker and it is said to have shown the first farmers of the Basque region how to build mills, axels and saws and the process of melting metals and forging this into the tools needed to work the land.
We could look at the skills shown by the cryptid as a clue to what he could possibly be.
An interesting theory proposes that the legend of Basajaun originates from the proto-Basque interaction with the Neanderthals which are known to have co-inhabited these forests with our homo-sapien ancestors for almost 10,000 years.
This idea has been echoed across the planet with the many reports legends and myths of wild men.
We do have to remember that the reason for the extinction of the Neanderthals around 40,000 years ago remains unclear,
Anthropologists have proven that at this time the Neanderthals were at one point actually more developed than the existing homo-sapiens who shared the land.
Recent discoveries point to a well-developed and shared Neanderthal culture, on the very leading of research some have even proposed that there is evidence that these human relatives carried out medical procedures and had a unified religion.
The similarity in Neanderthal burial sites showing a commonality in different groups covering a large area.
The Neanderthals erected the first stone monoliths and constructed wooden huts within the caves they lived.
They were proficient hunters and tool-makers, mastering the art of making glue from birch-tree resin which was then used to bind a stone to wood to make certain primitive but effective tools.
All of this while modern Homo-sapiens were still basically gathering what they could from the environment and not having the skills which would propel us to being the only surviving hominid on the planet today.
That is if you follow the mainstream teachings of history, I think there are many small pockets of living homo-sapien relatives all over the planet.
These small groups surviving thanks to their ability to hide from a species that would kill them out of fear, us.
The Basajaun is not feared as much as other cryptid hominids this It seems is because of the respect it earnt when it taught the early ancestor of those from the Basque country.
The parallels between the Basajaun and Neanderthal man are strikingly similar. AND coincidently – or not – one of the last places for the Neanderthal to die out was the Pyrenees in the north of the Iberian Peninsula.
The very area we find the stories of the Basajaun.
Is it possible the Basajaun is as old as the Basque people themselves?
Was this Basque mythology really born from real Basque pre-history?
Is this creature a long-surviving group of Neanderthals?
Let’s look at a tale of interaction with the creature and see if it can provide us with more clues.

The story of a lady Kidnapped by the basajaun.
The story tells of a basajaun which took a pretty young woman away from her parents and says that they lived together at the bottom of a crevasse.
A real beauty and the beast tale.
The shepherds told of how every night this beautiful young lady came up out of the pit to comb her hair in the candlelight.
One night overcome by the girl’s beauty a Shepard decided to snatch her away.
She is taken back to the shepherd's shack.
The men are careful fearful that they will be spotted by the Basajaun
Back at the shack, the girl tells the man her story.
The basajaun abducted her from her home. She now lives with him, not willingly but under the beast’s compulsion.
The man offers to free the girl from her situation, she fearfully agrees to tell the Shepard that the Basajaun may come and eat them both!
The shepherd promises that they will trick the basajaun.
After a couple of days passed with the girl failing to appear back in the creature's cave, the basajaun began to worry.
Thinking that she might still be at the top of the pit grooming herself, the Basajaun goes to look for his wife.
The Wildman could not find here anywhere.
Fearing that somebody had stolen her away, or that she had managed to escape.
The creature began to search his anger rising as he ran through the woods, the Basajaun ripped trees from the ground and bellowed a haunting echoing cry as it searched.
It roamed everywhere searching for its wife, but was never able to track her down, in the end dying from its grief.
We can learn from the story that the basajaun was a complex creature capable of understanding emotion and that it had the ability to live happily with human women.
Could this story be about a living Neanderthal?
Was it the last of its kind desperately in search of a mate, this leading it to kidnap a girl from a nearby village?
Have the Basajaun now gone extinct?
Reports still come in from time, time but this is now more of a legend than an ongoing story.
Maybe if researchers looked into the tale of the girl we could find evidence of long-surviving Neanderthal.
What do you think the basajaun is?
Had you heard of this cryptid hominid?
Let me know your thought s in the comments below