The Alien secret hand in history

It has long been thought that aliens have manipulated much of mankind’s history. The ancient alien theory credits extraterrestrials with the construction of many of the world’s ancient megalithic sites.
Something that many do not give thought, is if this extraterrestrial influence still shaping the world today?
Some say that Earth has become the battleground for aliens who wish to advance their own political agenda.
The idea of a  secret alien cabal steering the world was highlighted in the UFO science and consciousness conference heard in Johannesburg.
Let’s take a look 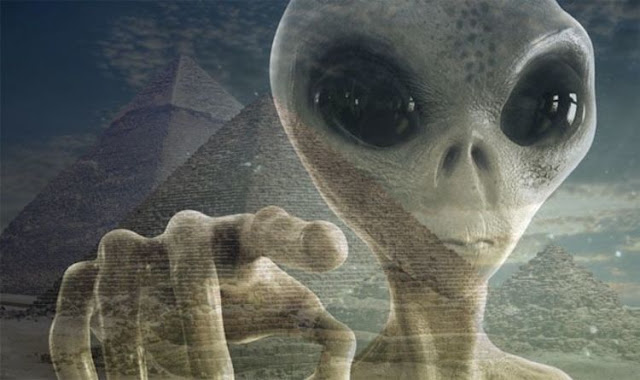 This conference held in South Africa featured a number of speakers Laura Eisenhower talking on mind control, UFO’s the new world order and the illuminati to James Gilliland and his speech on Extraterrestrial contact.
One of the most interesting talks given was by Micheal Tellinger he spoke on the subject of a battle for earth by dark forces.
He went on to explain his ideas on the governments of the world being puppets and instruments in a plan to implement the will of a small group of individuals over the world’s population.
According to the event’s organizer the royal political bloodlines reach back over thousands of years.
These bloodlines can be traced back to the earliest days of civilization, he proposed that the first members of these now powerful families had contact with extraterrestrials here on our planet.
Taking a swipe at the host nation he said that the South African government was one of the most important puppets of these hidden extraterrestrials groups.
The reason South Africa plays such an important part in the plan is down to the large mineral wealth found on the continent.
The country being rich in gold and diamonds.
All speakers at the conference agreed that, like humans who had the potential of being both good and bad, this also applies to the population of intergalactic beings.
These groups of ETs can be compared to the human politicians, who push their own agenda for their own personal gain.
He says that these aliens came to earth looking for gold and today we are all still obsessed with the precious metal.”
The idea of gold being of value to these ETs stems from the idea that aliens use gold in their atmosphere to reflect the sun's rays and preserve their planet. But for those of you who are skeptical, and need scientific evidence to show why aliens would be so interested in gold, Derrick Pitts, Chief Astronomer and Planetarium Director for the Franklin Institute in Philadelphia, offers an explanation that describes gold as an important element for space exploration and astronomy. "Gold is an inert material, it doesn't react with anything,"
This quality meaning it is essential for electronics and other uses where corrosion is issue.
Tellinger said research showed that the extraterrestrial “Annunaki” (reportedly also known as the Jedi, the Nephilim, the Watchers or the Watchmen and referred to in the Bible in Genesis) came to earth around 300 000 years ago in search of the rare metal.
Some believe that aliens used ancient civilizations to mine for gold, and argue that if we examine old legends and temples we could identify patterns that prove the existence of extraterrestrial life.
These aliens were thought to be responsible for the cloning of their own genetic structure which they then used in the creation of mankind.
Dwight D Eisenhowers great granddaughter Laura Eisenhower said governments are keeping this agenda a secret, she has seen first-hand extraterrestrial mind control of humans
She said
“Extraterrestrials have been working with governments for the longest time, often signing treaties that last decades”
These treaties are enforced in many ways, mostly with engineered environmental disasters. Using technologies similar to HAARP and DEWs (direct energy weapons)
Natural fault lines in the earth’s surface being the target producing catastrophes like tsunamis and earthquakes.
This as both a form of controlling populations and a threat to governments who will not follow the alien plans.
Laura said she was recruited by an agent, an agent maybe a MIB, back in 2006 to take part in a mission to a Mars colony.
When being recruited she was subjected to mind control, she says that she managed to break free of this control.
She closed out her talk by making the claim that people had already been teleported to Mars.
These people being part of a mission that has been going on since the 1970s.
This continued mission to mars seeing the size of the population on the red planet shift and expand.

Her amazing story was supported by leading ufologist James Gilliland who reiterated that there are dark forces at play behind much of the political systems of the world today.
The evidence of this can be seen all around us with continued climate change and an increase in natural disaster being the work of the programs implemented by this human alien cabal.
James did however end his talk with hope.
He explained that there are more than one group of extraterrestrials working behind the curtain and these aliens are not all bad, some want to save the planet and are seeking ways to prevent earth’s destruction or the depopulation of humankind.
These positive agents are helping humanity ignite their consciousness and become enlightened to the dangers, but also the opportunities that a new world era could bring.
Gilliland said in closing.
“Basically, we need to rise to the occasion. We are all in the process together. We are in the process of contact. We are getting ready for a huge reunion with our greater ancestors of men.
“All we need to do together is to reclaim our divinity,”
Do you think there is dark alien presence manipulating the governments of the world?
Do you think there are more than one species of extraterrestrial on this planet?
Should we trust these ETs and their plans for humanity’s future?
Let me know your thoughts in the comments below