“Mass Hallucinations “have been used to explain away some the strangest paranormal events to have ever occurred.
It’s a default reason that many debunkers fall back on when trying to explain everything form miracles ghost to good old UFO s.
Could this phenomena be a real explanation for unexplained events or is it just an easy answer for those that find it difficult to find proof?
Do human minds sync up in certain situations and produce hallucinatory visions seen by many?
Let takes a look. 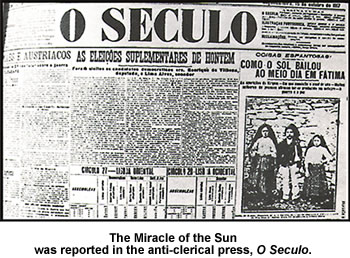 So what is mass hallucination?
The idea is that people forming a group can convince others of what that they are seeing when it’s something that is not really there. These witnesses experiencing the same visual and auditory hallucinations at the same time often without a physical stimulus present.
This phenomena has become a bit of a trope in movies and television something akin to the well-known dream sequence. A mysterious beast or monster terrorizes a town people keep seeing strange lights in the night sky, the movie rolls and then the conclusion comes it was a vision a figment of the collective imagination
A mass hallucination.
This is when we hit the first snag as mass hallucinations do not work like this, this idea is a myth that has been spread. If you look for actual scientific proof it is hard to find.it has been the subject of much speculation, but there is very little scientific basis for the idea that multiple people could individually generate the same visual imagery and auditory information.in a large group.
So what actual science can be found on the subject?
It is known that a group can recall events that they had little to no part in. People have been known to agree on the details of a collective observation, even without everyone observing it for themselves.
The first to theorize that groups of people could share these experiences was Gustave LeBon in 1895, he had the idea that not only was a group more suggestible but that they could see the same imaginings if the conditions were right.
Le Bon believed that a mass of humanity becomes more he saw the crowd as more than the sum of its parts. Group association tended to diminish capacity for individual thought and reconcile witnesses' conflicting observations.
​   A more modern perspective on the phenomena comes from Psychologists Leonard Zusne and Warren Jones. Their book titled, Anomalistic Psychology: A Study of Magical Thinking.
Proposes that collective hallucinations are only possible when a mass of men women and children become emotionally aroused, this arousal priming the brain for suggestion.
This works when what is known as the primer sees or hears something they are convinced is real, they then begin to persuade others that what they are seeing is real until that persons also share the hallucination, in this way 1 becomes 2 2 becomes 4 and so and so one.
The correlation in sightings comes after an event when people recall what happened. Through the retelling the event the memories become condensed into a single shared memory. This memory can be altered from what was originally reported. This until a few hundred conflicting memories could be gradually harmonized over successive retellings.
Those that support this idea give examples of the fallibility of human memory.
In my view if our memories were so flawed and easily fooled, why is it is we use eyewitnesses in courts of law? 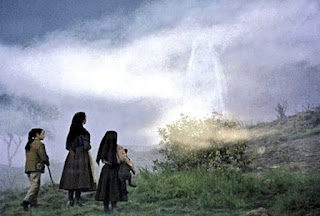 We must trust witnesses to a certain point.
So what examples do those that adhere to this idea point?
The Miracle of the Sun occurred in 1917, this was a mass sighting that came after a culmination of months of encounters with a mysterious entity reported by three young shepherd children. A large crowd of near 70,000 gathered to see it and hear the prophecies that were relayed by the three children.
These children made the claim that they had seen the Virgin Mary.
This is when we can see differences in the story appearing with initial reports of everything from a spinning silver disc, falling objects, and some colour distortions in the clouds, to real-world changes like the sun vanishing from the sky.
In 1518, some 400 people of Strasbourg, people began to dance uncontrollably sometimes for as long as a month. The lucky ones simply “danced it out, the less fortunate died from exhaustion.
The cause for this “dancing plague” was not known it was however contagious, was it a mass hallucinatory experience?
1983 the West Bank of Palestine, 943 Palestinian girls and some female Israel soldiers were overcome by fainting spells and feelings of nausea.
Each accused the other of using some type of chemical weapon, yet no cause was ever identified. Investigations concluded that while perhaps 200 of the earliest cases may have been due to real environmental factors, all of the subsequent occurrences were psychosomatic in nature.
A more recent event that skeptics point to as an example of mass hallucination are the Phoenix lights.
On march 13 1997, one of the best documented ufo sighting occur most are familiar what happened on that fateful night that saw some 10,000 residents of Phoenix Arizona witnessing a group of lights 3in a triangular formation flying silently over the town.
The story of this giant, boomerang-shaped craft, was widely reported and many say this led to a modern mass hallucination. The modern media coverage causing many to claim seeing the craft when they didn’t.
Or is this part of the cover story, the official story changed many times but still today it remains one of the most well documented and plausible mass UFO sightings.
It’s also important for us to remember that collective hallucinations have yet to be demonstrated in any kind of scientific process.
Those that claim this theory to be true base their assertions on flimsy evidence at best. It is an extrapolation based on a more well-known and understood concept, mass hallucination has no unique or proven data to back it up.
“Collective hallucinations” have very little in the way of documented proof in the psychological literature.
Mesner has asked the question of “mass hallucination” claiming that it is nothing more than a theory or straw man argument employed by debunkers to provide easy explanation for anomalous events.
Whether it’s used as a straw man or just confused with similar concepts like mass hysteria, there just isn’t enough scientific support for such things as mass hallucinations to accept them as a definitive explanations in any particular cases.
This reminds me of a couple of famous quotes. Carl Sagan said “extraordinary claims require extraordinary evidence” this combined with Arthur Conan Doyle’s “once you eliminate the impossible whatever remains, no matter how improbable, must be the truth”
Do you think the idea of mass hallucination is a tool for debunking the extraordinary?
In many cases, explaining group sightings as mass or collective hallucinations is equally speculative to the science that attempts to explain mysterious phenomena.
It is no a more “rational” and it should not be accepted as the default explanation for multiple-witnesses.
Do you think this is an explanation?
Do you think witnesses’ should be given an amount of trust?
Let me know your thoughts in the comments’ below.