YouTube has announced in its latest round of changes.
Channels WHICH cover conspiracy theory are going to be marked as inappropriate content and subject to harsher enforcement of creator guidelines and by default censored.
This new broad term of conspiracy could see many channels including my own becoming demonetized under promoted and or possibly taken down.
In one large dose of irony, it would seem that YouTube has itself created the very thing it set out to not promote.
A conspiracy
Many creators in the niches of UFO PARANORMAL OF ALTERNATE HISTORIES speculating on why, how and what actions will be wielded against them’.
So I GUESS it’s time for my rant 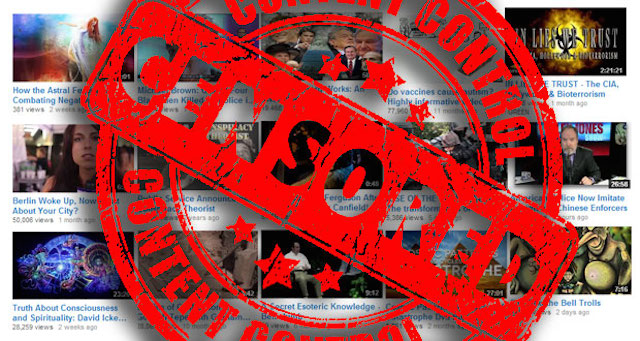 conspiracy is dictionary defines as A PLAN BY A GROUP TO DO SOMETHING UNLAWFUL OR HARMFUL.
Well to me that fits what is going on, I would think to remove or destroying something many have spent years building could be classed as harm.
They are moving forward with a plan to manipulate a source of media to reflect their ideas and policy and I hear the cries of YouTube being a private business and thus can do as it please but that just means that all media will end up being private and then the world marches to the tune that these mega monster organizations owned and run by a few super-rich elites wish to play.
If you enjoy taking a look into the stranger side of life, looking for facts beyond those that are spat out of the mainstream machine you will no longer be able to find a home for your thoughts.
The platform has been performing strangely all week. On this channel, I have seen some weird activity this week.
I had a 10k jump in views showing in my analytics but no large view increase in any of my videos, this was tied to a 25 subscriber jump then followed with the lowest video view count I have had in a long time with zero subscribers.
This type of spike in numbers does not help the channel, in fact, it harms the channel as often it will be seen as suspicious by the algorithm!
Could this be something to do with the upcoming deletion of Google+ accounts?
It would seem an odd wind is blowing through Google HQ at the moment.
YouTube has promised to stop promoting what they claim as sensationalistic video clips.
Topics that will no longer be on the table of discussion around conspiracy theories revolving around the U.S. government and its involvement in the 9/11 attacks, Illuminati, Pizzagate and Hollywood paedophilia rings ideas that they say are nonscientific and general global conspiracy theories.
So where does the burden of proof no lay, is it up to the content creator to prove something that is almost unprovable or does the platform have to do due diligence and make sure what is in a video is 100% proven.
Are we no longer free to speculate on history or science, is there an agenda to remove those that are seen as agitators?
Most have now heard the story of Alex Jones and his de-platforming, at the time Alex was the poster child for anti-government conspiracy he was an easy target. His views and ideas highlighted as extremely dangerous to the status quo.
public opinion supported his ban.
At the time I posted that this seemed like a beta test if they could do it to arguably the biggest channel in the niche on the platform they could do it to anyone.
This is what is now happening!
YouTube has tried to downplay this manipulation and censorship they released statements saying
That they will retool the video recommendation algorithm to prevent promoting conspiracies and false information.
The algorithm promotes trending topics and often after an event such a mass shooting or terror attack, the YouTube conspiracy genre grows in size and economic value.
YouTube's Decision to Takedown Conspiracy Theories will only pour Fuel on the fire and create even More Conspiracies.
This ban on topics which THE PLATFORM considers conspiracy theory gives conspiracy theorists more ammunition for the idea that they're being censored from telling the truth.
I am sure those that create this type of content will be quick to point out the fact that many conspiracies have in the fullness of time been revealed as truth.
To quote JFK “we must never forget that art is not a form of propaganda; it is a form of truth”
Also following the series of actions which happened to Infowars and Alex Jones it is said that Facebook and Twitter will follow in banning the same channels and content makers.
These three form a trinity of censorship and manipulation of all things social media.
In closing, Joseph Uscinski said, “If you believe your institutions are conspiring and then you expose it and then they ban your speech, how could you not think that that's part of it?" 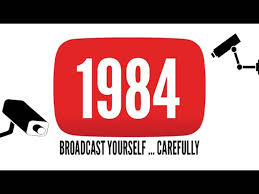 Maybe the only way to combat this censorship is to share content like crazy, maybe by doing that the algorithm can be gamed into promoting the highly shared videos.
Do you think this is out and out censorship?
What do think the future holds for channels that cover this content?
Are you or have you been affected by these changes?
Let me know in the comments below.