Dulce. The Secret underground alien base

Subterranean construction is not a new idea it has been going on long before Elon Musk started making headlines with his underground tunnel system.
The idea of constructing buildings below ground level dates backs tens of thousands of year, with places like Derinkuyu of Cappadocia, and the Hypogeum of Paola, Malta  we also have the more modern counter parts like the bunkers of built by the Nazis in WW2 and Bunkers constructed to provide shelter from a nuclear conflict during the cold war.
It seems that constructing an underground base provides, security, safety, and ample room to build something very large and impressive, if we could see what is being hidden that is.
One of these sub-terra firma bases has become infamous for the claimed technologies it hides and the stories which have leaked to the surface.
These include alien battles, human cloning, and experimentation to star gates and inter-dimensional travel.
I am talking about the US secret underground base known as “Dulce”.
What secrets hide beneath the rock and just how deep does this rabbit hole go? 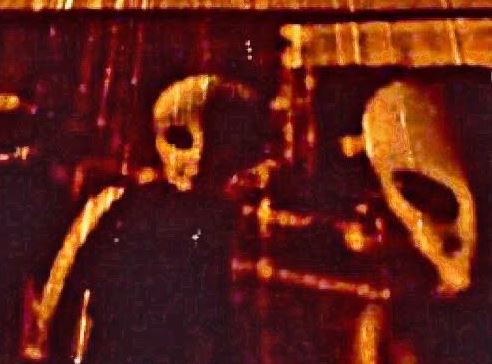 Dulce is in good company when it comes to talking about secret government bases, most are familiar with the goings on at area 51 and the iconic Cheyenne mountain facility which was made famous by the movie and subsequent TV shows “star gate.”
The facility I am talking about is hidden under masses of rock and is almost impenetrable by man, machine or weapon.
The name given to this type of base is DUMBS, this meaning ‘Deep Underground Military Bases’ the average cost to construct one of these secret underground cities reaches into the tens of billions dollars. They have been spending this money and building these places since the 1940s. This constant construction swallowing up a huge proportions of black budgets.
Some say that the mysterious booms and explosive noises that are often heard could be as a result of this underground construction work.
The use of large explosives to create tunnels and caverns, this would seem a little flawed as an idea as we know and have seen a lot of the methods and equipment which is used in large scale underground building projects.
Explosives are occasionally employed but the majority of the work is carried out by large tunneling machines.
Dulce is said to be located under Archleta Mesa located on the Colorado new Mexico border.
Said to be the home to an over two thousand strong work force and the location of numerous UFO sightings, a network of tunnels are transversed by a magnetic levitation trains and connected to a larger ecosystem of underground bases spread throughout the United States and some say the world.

So why spend so much money and time on these places?
This is when the stories become really interesting.
Phil Schneider “a man we talked about in the video linked above”
Is the whistle blower that has provided some of the most fantastical stories that have emerged from the dark tunnels of Dulce.
The man a geologists and explosives expert talked of 129 deep underground facilities which the US government had constructed since World War II.
The man claim that he had been employed at 13 of these bases. Two of these facilities were said to be playing a major part in long term government plans and projects, these including the bioengineering and at Dulce working with “gray” humanoid extraterrestrials.
Schneider was part of a 1979 team who were tasked with drilling holes on top of an alleged underground alien city.
It was during this excavation of the underground base at Dulce that, battle erupted.
Schneider said that 66 Government personnel died in the incident the FBI agents, Black Berets and secret service men losing their lives to beam weapons fired by the aliens.
It was in this fire fight that Schneider claims to have been hit in the chest, he said that the beam
“opened [him] like a fish”, caused his later cancer and burned several of the fingers off of his left hand, as well as causing the loss of toes from one of his feet.
He frequently showed the battle scar on his chest as proof to those whom doubted his story.
Project Camelot the whistleblowing organization which is trying to shed light on government secrets concluded that the following points of Schneider’s story are worthy of attention:
1) The American government concluded a treaty with “gray” aliens in 1954. This mutual cooperation pact is known as “The Greada Treaty.”
2) That the space shuttle has been operating a manufacturing base for the creation of special alloys. A vacuum is needed for the creation of these special metals, so they must be created in orbit. This then provides a justification beyond research for a permanently manned space station.
3) is something I have looked into previously on the channel and that is that our stealth aircraft technology and X-planes like the TR3B were developed from back-engineered crashed alien craft.
4) AIDS and other serious illnesses are created at the facility as a mean of population control. These virus invented by the National Ordinance Laboratory.
5) The existence of a US government earthquake device. Possibly designed using the invention of the same name created by Tesla. This linked to the 1995 Kobe earthquake or the 1989 San Francisco quake not having a pulse wave.
6) 9/11 and prior World Trade Center bomb blast along with the Oklahoma City bombing were explosions caused by the use of small yield  nuclear devices. The melting and pitting of the concrete and the extrusion of metal supporting rods indicated this. Others say this could be down to the use of thermite but that’s a whole new video!
Phil Schneider was released from his contract just prior to the release of his tell-all book.
He says that he had a Rhyolite level clearance, this making him the highest level whistle blower to leak these secret goings on to the public.
Back in 1995, Schneider gave his now famous lecture detailing what he had seen and discovered in his time as part of the secret program.
A mere Seven months after this revealing information went public he was found tortured and killed some say by those for whom he had previously been contracted to work for
The silencing of witnesses is a common thread in ufology if you want to know more click here!

Phil Schneider reason for risking his life and in the end paying the ultimate price was down to his thoughts on democracy. He lamented that the democracy he loved no longer existed.
Instead today world had become “a technocracy” a world that is ruled by shadow governments with the intent of imposing their own view of things on all of the world.
He made the claim that eleven friends and associates had been killed over a 22 year period, eight of these deaths being explained away as suicide.
Now you may think that this is all the ranting of a crazy man, a man with delusional tendencies and he was not part of any secret program but if that was true then why the FBI and CIA were so interested in the man’s work.
Upon his passing the two agencies ransacked his apartment and confiscated many documents.
It’s claimed they even took away a collection of his family photos, was this to be prepared if another leak were to spring up from information which Schneider possibly shared with members of his family?
I guess we will never know!
Schneider always stuck to the claims that there had been numerous previous attempts made on his life, these included incidents like the removal of the lug nuts from one of the front wheels of his car. He had spoken publicly saying that he was a marked man and did not expect to live long after his openness to write and talk about his history.
In a somewhat prophetic comment he said “If I ever ‘commit suicide, I’ll have been murdered.”
A prediction that many say came true.
A full link to his talk can be found in the description.
Other stories have provided more evidence of the strange goings on at Dulce, a few years ago Jicarilla Apache reservation the home to 2500 people, a trooper came across the remains of a mutilated cow. Discovered inside of the already decomposing carcass was a fetus like entity this thing being described as a cross between a frog an ape and a human!
The local people will openly tell those that are interested, about strange occurrences in the area and it would seem the government does have an interest in what they have to say. This because many of the residents that share these tales report the discovery of bugs in their homes on their person and in their vehicles.
So what do you think is going on in the New Mexico border town?
Do think that bases like Dulce hide aliens and their technology?
Do you think that Schneider was suicided because he told the world?
Let me know your thoughts in the comments below.