Ufology a modern religion and the discovery of extraterrestrial life.

Welcome back I hope you all had a great Holiday. So let's get 2019 underway with a topic which could put the fox amongst the chickens.
Religions.
And more specifically aliens and religion.
Anyone with a passing interest in the field of ufology has heard the theory that religions were inspired by alien contact in the distant past.
All religious iconic figures from Jesus Christ to the multiple gods of Hinduism have been alien in origin at some point due to some new theory.

But in this video, I want to flip the script and ask the question has the field of ufology and the search for extraterrestrial life become a modern religion?
An area of research that relies on faith in the same way all major do? 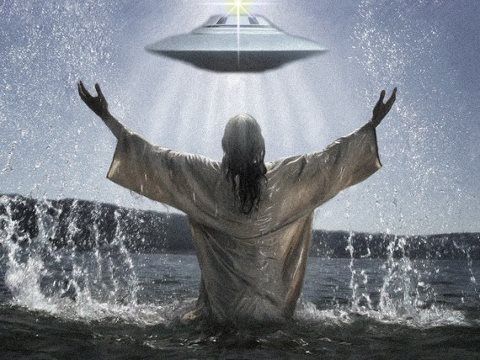 Eric W. Dolan, Paul Davies, Saint Andrew A. Abeyta and Christina Roylance have all been involved in a study that looks at this very question and their results are interesting.
A study in which 146 students were canvassed on their views regarding extraterrestrial intelligence UFOs and whether or not governments are hiding the truth, this found belief in aliens and non-secular beliefs share the same psychological motivations.
The idea of a higher power, a more advanced intelligence and faith that one day that entity will arrive and save us.
The discovery of life on another planet might sound incompatible with religion nonetheless several theologians have stated that they would be receptive to the existence of extraterrestrials, even the pope and leaders from other staunchly devoted religions have now stepped forward and say that Aliens, if discovered, would fit with the plans of their deities and the rules declared from their religious doctrine.
"all gods creatures under one sky"
You might say.
Pope Francis said that he would willing to baptize aliens if they came to the Vatican, asking “who are we to close doors” to anyone - even Martians.
In the 2010 the book several Worlds: The New Universe, Extraterrestrial Life and also the system Implications. Saint George Coyne wrote
He sent his Son, Jesus, to them… “How may he be God and leave extra-terrestrials in their sin?
Did God do that for extra-terrestrials? 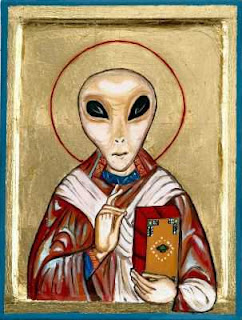 So Catholicism of today would seem to be on board, and so are our old friends at NASA.
Back in 2014, they backed the Center for Theological Inquiry to the tune of 1.1 million dollars to research the social implications of the discovery of intelligent alien life.
Some may say that this is part of the preparations and the continuing plan of soft disclosure, others may see a plan in forming to manipulate people’s belief systems, and we take a look at both of those ideas a little later.
This money was later taken back as public outcry followed when those in the established churches learned of what NASA was funding and threatened to sue.
Saying "Science shouldn't concern itself with this and its progress can impact faith-based beliefs.”
This, I think only highlights the fact that "yes" we do need to ask these questions, and religions of the world, 'well some religions, there are those that openly incorporate extraterrestrials into their belief structures,' should be preparing for inevitable contact.
There will be questions from the followers of these faiths.
What is life's origin?
Which religious ideals fit with the new cosmic model?
What place does humanity hold in the expanse of space?
They will need to figure out their answers fast. In 2000, astronomers knew of around fifty ‘exoplanets’. By 2013, that they had found nearly 850, these spread over a discovered 800 planetary systems. This number is predicted to grow to 1,000,000 by the year 2045.
The finding of these Earth-like exoplanets which occupy a “habitable” zone around a star increases the chances of finding alien life to an almost certainty.
So we must think about the consequences of this discovery and not for the first time in our history more recently Carl Sagan said

“Space exploration leads directly to religious and philosophical questions”. We would need to consider whether our faiths could accommodate these new beings – or if it should shake our beliefs to the core?"

This field of study was given the names astro-theology or exotheology.
For close to 300 years people have been debating the effect of finding life elsewhere in the vastness of space would have on the faiths of our planet.
I guess we would first need to address how a religious group sees itself in the big picture of all creation.
Let's start with Judaism, this question was posed in the story 'On Venus We Have a Rabbi!’
The story tells of a future where a colony has been formed on Venus this colony is Jewish and holds an Interstellar Neozionist Conference. This conference is attended by an alien species, those on the Jewish counsel debate the existence of these creatures and conclude that the aliens can't be human, therefore they can't be Jewish!!
This is a good example of the tribalism that is seen in many religions.
The idea that GOD is on the side of humanity.
But as the old quote goes
"If God is for us, who can ever be against us?" 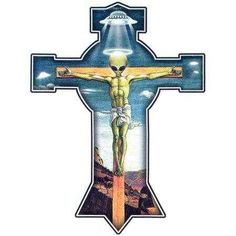 Let’s look at an opposing religions, views could they be more welcoming to the idea of life from outside of our solar system?
Islam and Muslims have a strict religious code and adherence to the teachings found in the Quran are paramount so maybe that is where we should look.
The Qur'an seems to make reference to the fact that Earth isn't the only planet to exist in creation. With verses such as "Praise be to Allah, the Cherisher and Sustainer of the worlds" (Qur'an 1:2) and "He is the Lord of all like worlds" (Quran 41:09).
In a world torn apart by religious conflict it seems that somewhat ironically the religion most accepting of alien life would be those of Muslim faith. This because while Muslims believe that "Islam is a set of practices designed only for humans on Earth," it doesn't exclude the possibility of other types of life elsewhere in the universe. In fact, the discovery of extraterrestrials should only strengthen a Muslim's faith in the presumed infinite power of God."
So how about the world’s largest religion Christianity, is it as open as Islam or does it see itself separate as in Judaism?
The idea could be settled easily using the Christian slogan, “God said it, I believe it, which settles it!”
But with religion is never that simple.
Christianity like all religions is split into subgroups those vary from the Evangelicals who follow the biblical teachings as the direct word of God to more liberal sides of the church.
The Bible, in sharp contrast to the secular worldview, teaches that earth was specially created, that it is unique and the focus of God's attention (Isaiah 66:1 and Psalm 115:16). Life did not evolve but was specially created by God, as Genesis clearly teaches.
Christians certainly shouldn't expect alien life to be cropping up across the universe.
So for those that hold fundamentalists views it's an easy answer, aliens, like alluded to in the Jewish faith, are outside of the religion and not God’s creatures.
That being said
Not all of Christianity opposes the idea, as an example, we mentioned the Popes views at the start and another has spoken the topic. Father Jose Gabriel Funes, a director of the Vatican Observatory, has said that "not believing aliens could exist would be putting limits on the creative freedom of God."
So as is almost always the case when religion is put upon an issue the complexity of the question rises tenfold.
So how about if we take religion out of the equation?
Atheism is on the rise,
The religiously unaffiliated, called "nones," are growing significantly. They’re the second largest religious group in North America and most of Europe. In the United States, nones make up almost a quarter of the population. In the past decade, U.S. nones have overtaken Catholics, mainline Protestants, and all followers of non-Christian faiths.
Some say that contact with extraterrestrial intelligence would accelerate this trend and could see humanity leaving religion behind as they move into an interstellar future.
Theologians point to the recent shift in religious beliefs to incorporate a more liberal approach to subjects like gay marriage, adoption and scientific advancement as a sign of a belief system struggling to stay relevant.
Could ET be the straw that breaks the backs of these beliefs?
Would contact with an advanced alien species see humanity dropping to its knees and worshipping these visitors much, in the same way, those that believe in ancient aliens say happened in the past?
Could we see this as a return of our masters or creators?
Is the following of ufology based on the faith that one day this will happen?
One can draw parallels between the proof or lack thereof in religious stories and evidence of alien visitations. UFO debunkers saying that there is no hard proof of alien contact and atheist saying the same of religion.
If or when aliens do arrive or return, one thing that is certain is that some aspects of religion will have to be reconsidered, if not totally abandoned.
Many religions have always believed God names the stars. Is it really a stretch to believe God names the stars’ inhabitants, too?
And that they might possibly each have their own name for God?
Is God the same entity for all life in the universe?
Whatever your religion or personal beliefs, for me I would hope that it would unify us as a planet and as a species.
It's something we often see in science fiction and something I would love to see it happen in real life.
The end of pain and suffering and the tolerance of one another's views bringing the planet together before we set out on a new adventure into the stars.

What do you think can religion and aliens coexist?
Does religion mean that aliens are beyond the reach of God?
What do you think will happen when disclosure occurs?
Let me know your thoughts in the comments below.