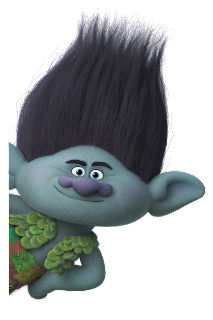 How to title this article is it Cryptozoology or a paranormal, I am not sure maybe I can decide at the end.

These creatures have been part of folklore for time and memorial, most grew up hearing the stories of this creature living under bridges and harassing goats. In more recent times they have been adapted to the big screen.

I am of coarse talking about Trolls. 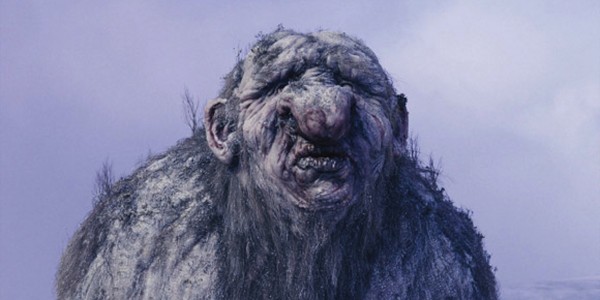 The trolls of today hide behind a screen and a keyboard and post their toxic thoughts for the world to read but what about the OG trolls what is their history and could there be any truth to it?


Trolls are as popular today as they have ever been, today they are seen as cute creatures with big hair but originally they were popularized by Nordic mythology and Scandinavian folklore and mythology.
Let’s take a dive into the history of these beasts who stomped through the mountains, forests, and hid under bridges, until they found a new home on the internet.
So to begin how do we get the name “troll”?
The name originates with the  jötnar(yutnar), or Ice Giants of old, the Norwegian word “tusse” evolved from the Old Norse rune which was used to describe the jötnar, Thurs (Þurs in Old Norse) . Over the years and with the words introduction to the English lexicon the pronunciation morphed into a word with a heavier emphasis on the L’s. Trolls.
The jötnar were very much like the trolls we hear of in old stories big brutish creatures, some had multiple heads and deformed bodies many possessed claws, and fangs.
There is a fair bit of overlap with other legendary creatures for example the jötunn or giant, as it is more commonly known, trolls it is theorized are the creatures which are more associated with mischievous behavior rather than out and out evil.
And while on the subject of classification, it is commonly thought that trolls come in two types these are mountain trolls and forest trolls.
The first is often depicted as a large, dumb, brutish creature, with a distinct appearance that brings the first hints of a factual being behind the myth. the Neanderthal. These trolls are said to resemble our prehistoric brethren.
Reports of living Neanderthals have been made since they were first classified back in 1856, the first fossil be discovered in Germany a country with strong associations to troll folklore.

The strength of the troll is said to be much more than your average human, again this rings true with the Neanderthal but it has been exaggerated with each story that has been told.
This to the point of when they are said to be able to uproot trees to use as clubs as well as being able to cause hurricanes and avalanches.
Another common trope is the troll which demands a person solve a riddle to cross a bridge or enter a forest, maybe these aren’t riddles but communication problems between two species of hominid?
Neanderthals and modern humans!
Another Neanderthal characteristic displayed by trolls is their fondness for residing in caves.
These, cave trolls are said to live completely underground and thus have evolved to reflect this environment being smaller than modern humans with a large round abdomen and short stubby arms and legs.
Another human ancestor maybe a cause of this legend, early hominids did reside in caves and we have a lot of evidence of this today, or once again it could be the Neanderthals they were much heavier set than us and shorter.
These trolls may live in different places and have some quirks unique to the setting in which they are said to live, but all trolls share some characteristics in common even the internet variety.
Aside from being unfriendly, they’re also generally depicted as stupid and dangerous. They may set clever riddles but these are usually easy enough for humans to solve.
Is this a way of us reaffirming our superiority over what we consider a lesser evolved cousin?
Now all this speculation on the true identity of trolls may have you asking where, if any hard proof is there.
Well I have a story about a real troll and like in many stories it is associated with a bridge.
The bay bridge troll.
This troll can be found on the underside of San Francisco’s Bay Bridge, it has supposedly been keeping the bridge safe since its construction.
This troll is very different from its cave, mountain and forest cousins, why?
Because it is made of steel, Built over three nights by a local artist, the Bay Bridge Troll was attached to a secret girder somewhere under the bridge by steelworkers who were attending to repairs of the bridge caused by an earthquake.
Locals talk of how the troll protects the bridge and its travelers from further harm stopping any catastrophe which could befell the bridge.
So if you want to see a troll you can head to the Oakland Museum of California.
What explanation can you give for the trolls of old?
Have you heard of interesting troll sightings?
Do you think living Neanderthals offer a plausible cause for the legends?
Let me know your thoughts in the comments below