The Mind-Body connection and Transhumanism.


The Body/Mind Connection is something that has fascinated many since mankind first started practicing medicine.

Today Medical science is just beginning to understand all of the ways in which the mind influences our bodies.

Strange observation like the placebo effect, demonstrate that people can from time to time create relief from medical symptoms by only the belief a cure is working.

This processes is poorly understood, the body's ability to heal itself is far more miraculous than modern medicine could create.

So while there are many unexplained phenomena, the explainable science of the body and mind connection, even as science makes advance trying to figure it out, may be among the most amazing phenomena of all.

What could this mean for future medicine and what could we do to strengthen this connection? 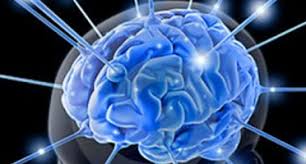 For centuries, medicine men and healers have pondered the connection between mental and physical health.
In recent years, science has begun to realize the potential in this powerful connection, observing how emotional, spiritual, and behavioral factors can directly affect health outcomes.
Research in the field of mind-body medicine is quickly discovering that, emotions and thought patterns contribute to imbalances within the body, and certain alternative therapies such as hypnosis, visual imagery, meditation, yoga, and biofeedback can be used to reestablish a balance in the connection and promote good health and healing.
The field of psychoneuroimmunology has witnessed an explosion in its findings over the last two decades.
This Research has documented many mechanisms through which stressful emotions can alter the function of white blood cells. Stress diminishes the white blood cells ability to respond to viral infections and even cancer.
It was found that vaccinations are less effective in those who are feeling stressed and wounds heal less quickly.
When stress is decreased the activity of white blood cells, there is an enhancing of the body's ability to combat disease.
In his book, The Biological Mind, Alan Jasanoff, professor of biological engineering at MIT, explains why this “cerebral mystique” creates a false dichotomy between the brain and the body and ignores bodily influences on our psychology, from chemicals in the blood to the bacteria in the gut.
The professor writes about the two opposing ideas: first the biological mind centered on the brain, in which influences from the rest of the body and outside the body shape what we think and do.
Secondly the cerebral mystique, a complex of stereotypes and ideals about the brain, which tend to treat it as an isolated and all-powerful entity, almost like a modern version of the soul.
He gives the example, of how neurological pathways connect parts of the brain that process emotions with the spinal cord, muscles, cardiovascular system, and digestive tract.

This connection allows the major events in our lives, the stresses, or emotions to trigger actual physical symptoms.
He explains how many people have experienced this mind-body connection when feeling butterflies in the stomach when nervous, or when under intense stress Your heart feels like it is pounding out of your chest .
This new area of neuroscience is known as “connectomics” and it seeks to give a unifying theory of the brain and its body connection.
Connectomics is seen as two different things. One mapping the individual structures, chiefly cells in the brain.
The other looking at the superhighways that connect different regions of the brain and tries to relate those to aspects of brain activity and genetics.
Both of these views are trying to describe key aspects of brain function in terms of its intrinsic structure.
There is the possibility that if researchers knew where every cell connected, they could simulate how a brain works and, in its most extreme form, model an entire life in a computer.
This could lead to huge advancements in AI and artificial brains along with the field of Transhumanism.
Transhumanism has its sights focused on the brain, the field of research is about creating people who somehow go beyond the conceived ideas of the normal.
As an example “The Internet of the mind” is the idea of linking people’s minds directly to the Internet using brain implants, this creating mind to mind communication without the need for speech or typing.
This idea takes us into the realms of science fiction for the moment.  Pick your movie the matrix Robocop and the many others that ask the question are “we” our body or mind?
Could this be a dark and dangerous thing to do?
The futuristic direction, which is promoted by Transhumanism is to some extent fueled by the mystique of the brain body connection.
Can a mind exist without a body?
Does consciousness need a physical manifestation?
Consciousness IS a physical manifestation. The one we experience with a human brain is perfectly superimposable to a complex physiological and neurological activity, of which minute variations transform the state of consciousness.
A good  example would be the circadian biochemical changes and the slowing of the activity of certain  neurons which makes you fall asleep, sleep is a modified state of consciousness, when sleeping we are considerably less connected, we are in a state altered from waking consciousness.
But we are still living!!
The body takes over, in this process that is so familiar to us we barely give it any thought.
If Consciousness arises from the partnership of body and mind. Without the body, the mind does not exists and without both consciousness would not exist.
At least for the moment the brain body connection cannot be broken or replicated. This I feel is a good thing we should heed the warnings of science fiction.
Do you think the mind has untapped potential for manipulating our bodies?
Do you think it can exist outside of a body?
If it could should we separate from our biological bodies?
Let me know your thoughts in the comments below