The Lost Labyrinth of Giza.

Egypt the home too many ancient stories and many more mysteries.
From the construction of the massive pyramids and other ancient monuments, to the religious practices and the pantheon of strange gods. One thing that is true is there are many unanswered questions and some would say an orchestrated effort to hide the truth.
One such theory has a huge hidden labyrinth at the feet of the one most mysterious structures, the sphinx. So what could they be hiding? 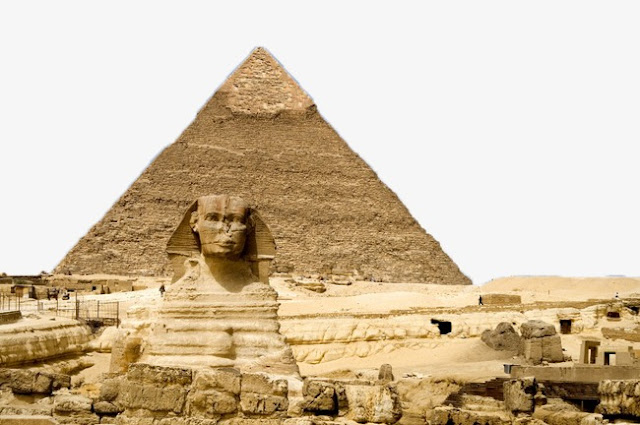 Egyptian authorities could be suppressing data regarding a vast hidden labyrinth.
A massive Underground maze hidden From the Public?
The Pyramid of Giza is one of the foremost spectacular and mysterious ancient structures in the world.
"The Giza-plateau is said to be crisscrossed with subterranean passageways, shafts, natural caverns, lakes and chambers. These underground places are said to contain shocking artifacts, however Egyptian authorities are keeping the information from the public"
Concealing the ancient secrets?
Since antiquity, there has been speculation regarding the Lost Labyrinth of Egypt, an ancient and complicated structure hidden beneath the desert, which contains thousands of hieroglyphic carvings.
Many Egyptologists and historians claimed this to be fantasy however new analysis suggests that it's real.
The experts perpetually claim that this subterranean network does not exist, except that they did discover the start of this vast network with the discovery of the chamber which is now known as the King's Chamber.
Little by little, the traditions have been uncovered by anthropological discoveries.
In 1935 there was a subterranean passageway discovered connecting the Sphinx and the Great Pyramid. This became the tunnel of the Sphinx. The tunnel lead to a place of worship now referred to as the Temple of the Sphinx.
Egyptian authorities confirmed this discovery in 1994; its unearthing was reported in newspapers carrying the headline, "Mystery Tunnel under the Sphinx":
Workers restoring the sphinx discovered the ancient passage which lead deep under the body of the mysterious monument.
Zahi Hawass, a controversial man in the field Egyptology claimed that the tunnel was a recent construction.
However it was recorded in ancient Sumerian cylinder seals as the secret abode of the Anunnaki

"An underground place which could be entered through a tunnel, its entrance hidden by sand and by what they called Huwana. Described as having the teeth of a dragon, and face the face of a lion".
That remarkable old text, unfortunately fragmented, added that,
“Huwana is unable to move forward, nor is he able to move back", but they had crept up on him from behind, and the way to the secret abode of the Anunnaki was no longer blocked.
Other ancient historians wrote of the underground citadel.
Herodotus traveled to Egypt and documented what he discovered in his writings ‘the epic magnum opus ‘Histories’ he describes an unbelievable labyrinthine structure near the lake of Moiris, opposite the city of Crocodiles.
‘He wrote; “This I have actually seen, a work beyond words. For if anyone put together the buildings of the Greeks and display of their labors, they would seem lesser in both effort and expense to this labyrinth… Even the pyramids are beyond words, and each was equal to many and mighty works of the Greeks. The labyrinth surpasses even the pyramids.”
Based on the detailed descriptions provided by Herodotus, and other ancient historians, Athanasius Kircher, a 17th-century German Jesuit scholar, produced the first pictorial reconstructions.
At the center of the drawing is a maze, which is surrounded by twelve courts described by Herodotus.
It is not clear whether the Egyptian temple was described as a labyrinth simply because it was so huge and so complex that one could easily become lost.
Latter-day historians claimed this all to be storytelling and the fantasy of man who cannot be considered a factually correct historian.
However, in recent years Herodotus has been vindicated, as much has been discovered in regards to the Scythians and Amazons and it shows his writings to be accurate and true, so could this be the case with his writings on the concealed Lost Labyrinth of Egypt?
Cutting-edge ground penetrating radar was put into use by a team of Belgium researchers in partnership with local Egyptian supporters.
They found a large and intricate underground temple and published their findings in a 2008 paper, this is when ‘once again’ suppression of the truth creeps into the story.
Zahi Hawas’s buddies at the Supreme Council of Antiquities in Egypt put a halt on any investigations or official publications concerning the structure. In addition to this, the final report of the investigation was been deleted from the official research website.
So why would they be so concerned about what could be a monumental discovery and popularize the story of Egypt and possibly encourage tourism and bring much needed money to the country?
What are the Egyptian authorities so keen to stop anyone from learning?
A popular idea is that the Sphinx is the true portal of the Great Pyramid has survived with surprising tenacity. That belief was substantiated by 100-year-old plans prepared by Masonic and Rosicrucian initiates, showing the Sphinx was the ornament surmounting a hall that communicated with all Pyramids by radiating underground passages.

The Giza complex showed major elements of being a purposely built, uniting structure with the Sphinx, the Great Pyramid and the Temple of the Solar-men directly related to each other, above and below the ground.
Local 19th-century Arab lore maintained that existing under the Sphinx are secret chambers holding treasures or magical objects.
Roman historian Pliny told that the sphinx was the tomb of a ruler named Harmakhis. The Sphinx was once known as The Great Sphinx Harmakhis who mounted guard since the time of the Followers of Horus". It was said to contain a huge treasure.
The British Museum holds a manuscript penned by Arab writer named Altelemsani, it says there is a long, square, underground passage between the Great Pyramid and the River Nile with a "strange thing" blocking the Nile entrance.
"Written accounts of Wisdom and acquirements in the different arts and sciences were hidden deep in these caverns, so that they might remain as records for the benefit of those who could afterwards comprehend them ".
"Worthy" persons have seen the mysterious underground chambers.
And one of the most amazing stories Ever-Burning Lamps.
One things that is always asked of the pyramids and by extension these underground structures is how did the Egyptians see to construct and decorate them when there is no evidence of burning lamps? 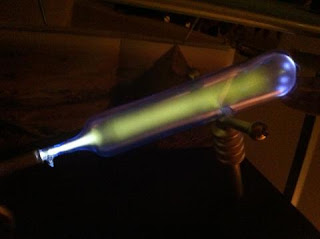 "The Light-makers", referred to a body of people responsible for lighting the subterranean areas of their complexes.
A fascinating account found on a very ancient Egyptian papyrus. part of a 100 BC story by an unknown author about a group of people who had entered the underground chambers around Giza for exploratory purposes
This is what they saw,    we came to a chamber. When we entered, it became automatically illuminated by light from a tube being the height of one man's hand [approx. 6 inches or 15.24 cm] and thin, standing vertically in the corner. As we approached the tube, it shone brighter... the slaves were scared and ran away in the direction from which we had come!
When I touched it, it went out. We made every effort to get the tube to glow again, but it would no longer provide light. In some chambers the light tubes worked and in others they did not. We broke open one of the tubes and it bled beads of silver-colored liquid that ran fastly around the floor until they disappeared between the cracks (mercury?).
As time went on, the light tubes gradually began to fail and the priests removed them and stored them in an underground vault they specially built southeast of the plateau.
It was their belief that the light tubes were created by their beloved Imhotep, who would someday return to make them work once again.
What do you think lays beneath the sands of Egypt?
Why is it being hidden?
Is this evidence of lost technologies or a more advanced history that certain people would like to keep secret?
Let me know your thoughts in the comments below.