The great flood myths are something we have looked at in other videos here on the channel.

With so many cultures sharing this belief it was only a matter of time before evidence begin to surface that supported these legends.

The geological record now shows that indeed this flood happened, the cause is still open to speculation.

So if the flood did occur could another well-known story associated with the flood be true?

Noah and his ark.

It’s a story that most people know, and again, one that has a different but similar version with each culture that tells the story.

So is there any evidence for Noah?

Well THE Grand Canyon may hold proof of Noah's Ark and its Biblical flood, according to a recent documentary. 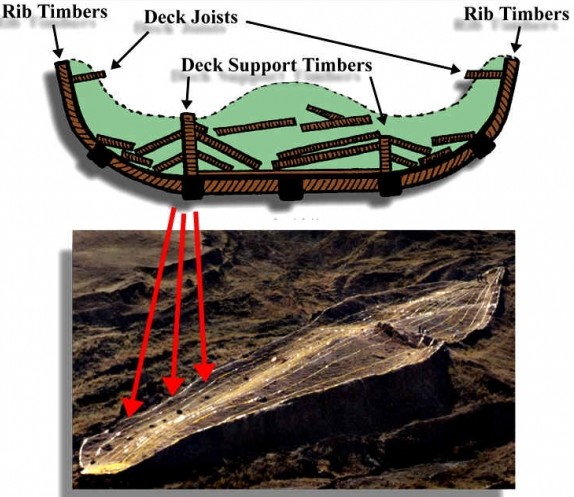 Ark Experts have made the claim that they have 'found proof' of the mysterious biblical vessel.
Originally the location of the ark was said to be mount Ararat but according to this new evidence that idea could be wrong.
The new location for the Ark?
Well it’s one of the most famous features found in nature, a natural wonder of the world.
The Grand Canyon!
“Unlocking Ancient Secrets of the Bible” a book that can be found online, a group of biblical scientists ask the question if the natural marvel that is the Grand Canyon could have been created by the great flood event found in the Legend of Noah.
They postulate the idea that Grand Canyon was formed as some kind of natural spillway for the waters that Christians believe wiped the Earth clean in the Flood which God warned Noah about and instructed him to build the vessel we are familiar with today.
Animals from all over the planet kept safe dry as they arrived two by two.
Another theory that maybe worth looking at is the idea that the Ark was an advanced alien vessel given to Noah by God, God being an extraterrestrial , religion and Aliens is something we covered  in the video linked above.
This ideas says The Ark did not take physical animals into its bowels but was a repository for the DNA of all living things on the planet.
But let’s stay on topic.
There are two theories on the water of the great flood some say it slowly grew from the torrential rain and storms other believes it formed quickly, with a lot of water in a little time cause flood surges that left their mark in the geological record.
In an interview with scientist, John Baumgartner he talks about this flood saying, “One thing you might expect is billions of dead things buried in rock layers laid down by water all over the Earth. That’s exactly what we find in the geological record. A record of lots of things suddenly buried, including very large animals buried whole.”
This is interesting, as I said at the start it is proof of a catastrophic flood but it’s not a case of one plus one making two.
Just because a flood happened it doesn’t mean we should automatically assume that Noah was also a real character. The story could be a framing device to warn future peoples of an event that was so horrific it has been passed down through the generations in the form of the stories we find all over the globe.
So how does the theory of a global flood fit with geological features like the Grand Canyon?
Baumgartner goes onto explain his idea saying: “We tell different stories about its history.
This eighteen-mile wide canyon and the hundred foot river would cause some erosion.”
But the creationists might see a different idea. This looks for all the world like a larger volume of water came through here and carved this thing out rapidly.
“That would be the great flood of Noah’s day.”
It is true that at present rates, the river we see today would take millions of years to carve out the Grand Canyon but it was much more powerful in the past but according to supporters of the idea the evidence does, however, point to Noah’s Flood.
There are two beach lines from what used to be two large lakes near the Grand Canyon.
Creationists support the idea that after Noah’s Flood, these lakes became too full broke their banks and spilled over the top.
Giving the example of water overflowing a dam, they claim as water breaks over a barrier the weakest point is instantly eroded.
This process being what formed the Grand Canyon, they claim it would have been formed quickly, and that this is supporting the ideas of creationist and their interpretation of the great flood.
The Bible, does however, say that the great flood covered the whole earth.
This means we should find many more places where the water drained.

The Grand Canyon is one of those places. It is a washed-out spillway and provides great evidence for Noah’s Flood.
So where is the Ark if we found that then we would have proof.
Well is not in the Grand Canyon. the best bet is still Turkey.
A team of evangelical Christian explorers claimed that they found the remains of Noah's ark beneath snow and volcanic debris on Turkey's Mount Ararat.
A group of Turkish and Chinese explorers from a group called Noah's Ark Ministries International made the discovery back in 2010.
They reported finding the Ark when they discovered seven large wooden compartments buried at 13,000 feet above sea level atop Mount Ararat.
The team radiocarbon-dated wood taken from the site. The date that was given for these remnants of the ark was about 4,800 years old, which coincides roughly with the time of Noah's flood.
But is this Noah’s ship most think not, even if the Noah's Ark Ministries International team did find a wooden structure or even a boat on Mount Ararat, there are other explanations for what the structure could be. As an example, it could be a shrine constructed by early Christians to commemorate the site where they believed Noah's Ark should be.
Do you think the story of Noah holds water?
Is the Grand Canyon proof of the great flood?
Did the evangelical Christian explorers discover the lost vessel?
Let me know your thoughts in the comments below.