Extraterrestrials, UFOS and other strange phenomena have been reported since the days of old. The idea of ancient astronauts or that humanity is a species created by aliens has been proposed for a long time.

From the work of Eric von Däniken to the ideas of Dr Steven Greer the thought is that in our past we were given a helping hand to build civilization by benevolent ET’s.

This leads many to ask the question, if they were so open too humanity in the past then why are they so secretive today?

Some theorize that the species of alien we are talking about are different, those from the past leaving the planet thousands of years ago and those that are reported today being more recent arrivals.

How about if both ideas are correct, what if the alien visitors are from both the past and the future?

Are aliens’ travelling through time rather than space? 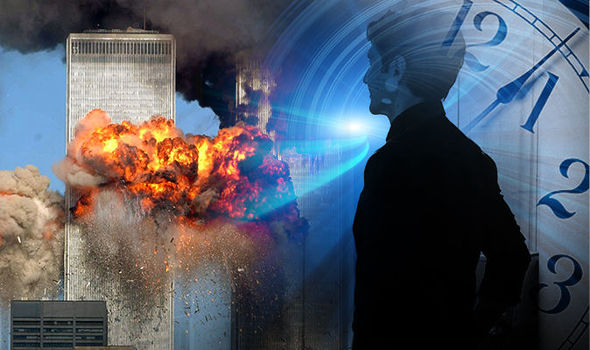 I guess we have to start with time being a construct which is experienced differently by each species which is subject to it. The time that passes for an insect would be much different to how time passes for you. Time is a construct in which all things are framed but this does not mean it is the same for extraterrestrials.
Extraterrestrial Intelligences may have a completely different concept of time?

Biologists know that various Earth species seem to experience time’s passing in radically different ways. Thus, perhaps E.T. would also experience time differently than Homo sapiens. while it would be interesting to know if aliens also regulate their lives by their planets’ rotation rates and revolutions around their parent stars, they may not be attuned to time in the same way we are.
The difference could be something as simple as the way in which they measure time, here on earth we base all of our time measurements on the rotation of the Planet but there are other ways of keeping time and some which are far more accurate.
Biology also plays a part we are hard wired to perceive time in a certain way, our circadian rhythms naturally follow the rise and fall of the sun, although today we have interfered with this thanks to manmade lighting, but I digress.
Alien brains could be structured in a completely different way to ours and this could mean that the way in which their perception of time is processed is different, who knows it is possible that they may not even have the concept time.
One idea that has risen to the surface is that ET is not an alien at all and in fact is a resident of this planet, all be it a resident from the far distant future.
The idea is that they travel time from a future point when the Earth is almost at a point of total destruction and humanity from that time holds on by a thread.
Before you scoff at the idea think about this.
Aliens it would seem speak all the languages found here on earth and in our time period.
They abduct people to carry out genetic experiments? This would only make sense if we are genetically compatible, what’s more likely that we have this genetic compatibility with future humans or with a life form which evolved on a far distant world.
And if we are talking compatibility how about the aliens biology being compatible to our planet it seems ET has no problem breathing our atmosphere?
We also have the fact they are so similar to us, convergent evolution to one side it easy very strange that the body pattern matches our own, two arm, two legs , two eyes etc.
So if these visitors are indeed an evolved version of humanity why do they look so drastically different?
Well if the earth is at risk of destruction in the future it would be safe to assume that the environment is a mess and for humanity to survive such a hostile place we would need to change, if that change came about through natural evolution or the manipulation of our own genetics is something we can only guess at.
It could give us a reason for their traveling back in time, maybe they have lost something on genetic basis and this is why they come back through history gathering samples to reintroduce into future humanities genome.
They travel into what is the distant past for them but the present for us, they then engage in their secretive plan to harvest the DNA, cells, sperm and eggs form the unaware people of today.
The secrecy may come from time altering paradox which could occur if today we become aware of our future. To this end the future humans hide under the disguise of being alien visitors and possibly even help to propagate the idea of alien visitations to the planet.
Or could this be a double bluff and could they actually be aliens who have sold us the lie that they are us from the distant future in an attempt to elicit some kind of feeling of responsibility and compliance from those which they abduct.

Well maybe the best way to answer this is to look at time travel, is it possible?
If it is not then we know which of the two stories the truth is.
Professor Michio Kaku, who recently came out supporting the idea of aliens living in our solar system saying contact could happen within the next 100 years, has ruled out the possibility of time travel for at least a few millennia.
The professor of physics says that time travel is an impossibility, he was not alone in his thinking one of the greatest minds to have ever lived spent much of his time trying to prove that time travel could not take place.
Stephen Hawking reasoned that there was no proof of voyagers from the future?
He was however forced to conclude that there is actually nothing in the current understanding of the laws of physics that prevents moving back and forward in time.
Speculating on how time travel could occur Kaku said one way in which it could be achieved would be by using wormholes.
(This is interesting as we looked at the strange case of flight 513 and its trip through time here.)
The idea is that a worm hole could connect different point in space and time.
The laws of physics suggest that the intense gravity of a black hole is enough to rip the fabric of space and time, making a worm hole possible.
These wormholes would be found in black holes the intense gravity cause a tear in the very fabric of space and time. This is something we often see in movies and read about in science fiction literature.
In this theory, if we could create enough energy we could make our singularity, black hole. This is when the Kardashev scale comes into play as a type 5 would be almost god like thanks to their ability to harness the entire energy of the cosmos.
However The aliens or future humanity may not need to advance to such a level as an article in popular mechanics documents how In September 2015, cosmonaut Gennady Padalka spent 879 days beyond Earth’s atmosphere .And because of this time he spent orbiting the planet at high speed, Padalka became one of the first time travelers, This as he experienced the famous theory of general Relativity given to us by Einstein.
So just how far did he travel, 1/44th of a second into the future.
This gives the aliens or future humans the option of using massive speeds rather than the massive energies needed to create wormholes.
In 1905, Einstein revealed his ideas on special relativity, this also gave us the theory that time is elastic and dependent on speed, slowing down or speeding up depending on how fast an object—or person— is moving.
This idea was later confirmed using atomic clocks and airplanes something we looked at in the video linked above.
Einstein’s theory and this experiment proved that time travel was possible.

So could time traveling aliens be humans using future technology?
There has been a rash of people claiming to have travelled back in time often with warnings attached.
One of these chrononauts was a man from Siberia and he claimed that the Earth had been visited by Aliens who fled a devastating war against A.i on their home world.
This fleeing population was said to number 200,000 and they had an average lifetime of 400-450 years.
This takes us back to the idea we opened with and the idea of creatures with different life spans viewing time differently.
So what do you think, are these Alien visitors humanity from a distance future?
Could we master time travel or is this all a cover story from an alien race using us as lad rats?
Let me know your thoughts in the comments below