This video is by request i would like to thank Nick Linaras and others for the idea.
If you guys ever have a topic you want to see covered in a video, don’t be shy let me know in the comments.
Golem maybe the ring obsessed creature featured in “the lord of the rings” but it also has a basis in legend.
Golems are creatures fashioned from clay or stone that through magic are brought to life.
Commonly found in Jewish folklore one of the most famous being from Prague.
The 16th century tale tells of a rabbi who through his use of kabalistic rituals he was able to shape clay into a man and by using a shem, a small capsule with the words of the magic spell written on paper inside, bring the creature to life.
This golem worked in the Jewish community cleaning chopping firewood and most importantly protecting the Jewish quarter.
Let’s take a look at the rest of the story and also how it could provide a cautionary lesson for us today.


Continuing the story the rabbi kept the golem working for the community that was with the exception of Saturday, the Sabbath.
The rabbi had to remember to remove the shem so that the golem would revert back to its solid clay nonliving clay form.
He did once forget and the golem went on rampage destroy trees and smashing all in his path, the only thing to calm the creature being the rabbi's beautiful daughter.
i wonder why that sounds so familiar (insert marvel hulk widow clip)
The golem was not given the power of speech for that would give him a soul. 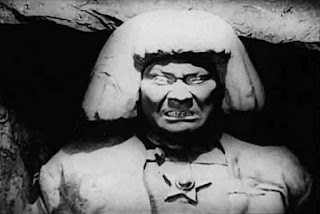 This golem earned itself a name and would be called joseph. The news of this creatures antics and the protection it offered the Jewish people spread.
The emperor eventually heard about the golem.
Rudolph the second was fascinated with the paranormal and had a keen interests in the black arts. He found out about the thriving practice of alchemy, astrology necromancy kabalism, and other mystical practices and moved Prague to be amongst the magic.
The story goes onto tell that the emperor would meet with the rabbi and question him about his golem, there was however and Altera motive.
Unbeknown to the rabbi, Rudolph had been having a steamy affair with the wife of the mayor of the Jewish quarter. Rudolph feared he had been spotted by the rabbi creation and need to silence the scandal as to hold onto his position of power.
He wanted to have the rabbi remove and destroy the shem disabling the golem and hiding his secret.
The disabling of the golem could be achieved by erasing the word anmauth (truth) which was written on the forehead of the beast or by changing it to mauth (death). This was a trick as the only difference in the two words is are the “a” and “n” it would seem too easy and indeed it was.
The golem was lead up to the attic of the synagogue and told he could spend the night once the monster slept the rabbi performed a ritual to reverse the life he had gifted the clay figure.
It is said that the golem is still waiting in the attic hidden beneath prayer shawls and other accumulated junk from over the years.
It waits silently for someone to utter the spells needed to once again reactivate the monster.
The story contains some valuable lessons to the people of the time and for us today, especially today but i will get into that later in the video.
The first lesson is that man should leave creation to god, the story can be interpreted as a parallel to the creation story with the roles of god and man switched.
Adam, the first man was made from clay as was the golem in our story the word Adam can actually mean dirt, earth or clay.
The Hebrew word golem also has another meaning besides the name of out monster, it means raw material.
As god could not control man, the original sin story set in the Garden of Eden, what hope would a man have of controlling something he had breathed life into?
And this is where the story becomes very relevant to today!
The golem legend can be linked to robots.
Interestingly the word robot was created and then introduced to the world in 1921 by two Czech brothers, joseph, and karel capek who by some strange coincidence were native to Prague.
We can distinguish between what makes a robot compared to a machine, the power of robots to adjust actions or to changes in circumstance showing that they have more ability than a purpose piece of equipment. 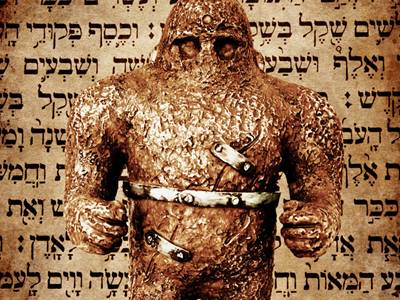 The modern quest to humanize AI and the story of the golem highlights some of the major pitfalls about human intentions when programming an artificial intelligence, and what actually occurs after it is set loose upon the world.
We can easily see the parallels in the modern progression of AI and what seems like an inherent human need to make these robots have increasingly human traits. The idea of giving AI emotions or the fact they could operate free from emotion could see us creating our own doom.
Much as the warning that is associated with the golem.
The golem in our story was first given basic tasks shown what to do and told to obey its human masters.
The golem was at the start obedient, carrying out its duty but the more it learned and the more capable it became, the rebellious spark of free thought grew.
There are archetypes and motifs similar to that of the golem found throughout literature.
Frankenstein, Dracula and in more modern times characters like marvels hulk.

We can see the common theme in these stories, a creature constructed artificially and/or have no soul.
This idea and the associated fear that encircles it, still seeps into the human psyche today.
Could artificial intelligence ever become human?
these question s don’t stop with machines the constant advancement made in gene manipulation could see us creating clones would they be subject to the same thought process would they also be a golem-like reflection of ourselves?
to answer these questions is a very complex topic. The ethical moral and religious aspects of consciousness existing outside of the human gene pool turns the idea of what being alive is back onto us.
It’s a mirror in which we must gaze and ask what makes us special, are we special and are we superior to life created artificially?

Where does that spark of life come from if the body is created, in something we see as a soulless machine, like AI or a golem?