Crop circles — unusual patterns that appear mysteriously overnight in farmers' fields delight and intrigue various groups, from UFO researchers to mainstream scientist, the press and public alike.
The circles are in most cases located within the United Kingdom, however, there have been dozens of countries around the globe also reporting crop circle appearances for many decades. The strange phenomena has stimulated countless books, blogs, fan agencies, researchers (dubbed "cereologists") and even Hollywood films.

Despite having been studied for many years, the question remains: Who — or what — is making them? 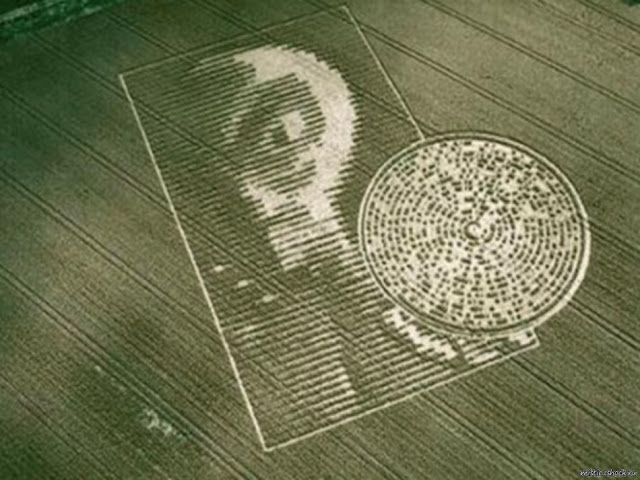 No one can pinpoint the exact date that crop circle creation commenced here on planet Earth, but there are documented instances of large patterns appearing in fields – these created through the flattening of crops like wheat, barley or rye – these have become considerably more common from the Nineteen Seventies to today.
According to Wikipedia, 26 countries stated 10,000 crop circles in the final 1/3 of the twentieth century. About 90% of those were found in southern England.
The most intricate crop circles, which have baffled experts and fueled rumors of alien visitors.
Theories of fiendishly difficult mathematical formulas hidden in the crop circles which carry a message a hidden means of communication.

Other declare it all to be the work of hoaxers or as they prefer to name themselves.
Crop artist!

Richard Taylor believes that physics could provide the answer. He indicates that crop-circle artists might be using modern technology to help them create these patterns, the use of a Global Positioning System (GPS), in addition to lasers and microwaves, to create their mathematical patterns in the corn, once plotted out they flatten the crops with rope, planks of wood and bar stools tools which some hoaxers say they have used in the past.

Taylor suggests that artists could be using microwaves to make crop stalks fall over and cool in a horizontal position – a technique that might explain the speed and efficiency of the artists and the incredible detail of some patterns. One research team claims to have reproduced the intricate damage inflicted on crops using a handheld magnetron, readily available from microwave ovens, and a 12 V battery.

Do think the world is being fooled are these crop circles nothing more than a big fat hoax?
Are they messages from future humans?
Are the aliens actually us from the future?
Let me know your thoughts in the comments below